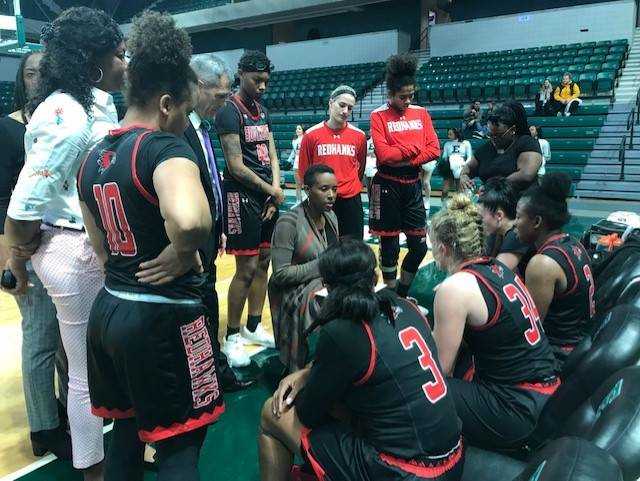 JL: Do you agree with the notion sports are proof God loves us and wants us to be happy?

RP: I’ve never heard that (but) I could absolutely see it. Sports brings us together and gives us something in common. God wants us to find the good.

JL: In basketball, as in all sports, you usually get a definitive result within a matter of hours. A lot of life is a process but in a sporting event you get an outcome — win or lose — pretty quickly.

RP: Yes. Maybe it is the control freak in me but I have to know (the result). Sometimes I’ll go to a movie and I’ll get nervous and I’ll Google the ending. I sometimes do that with books too.

JL: Your mom, Eva Patterson Heath, is a huge influence.

JL: Do you see her much?

RP: Yes, she and my stepdad, Tim Heath, were both coaches and they enjoy coming to the games. Mom has pickleball friends in Cape and both of them cook for (my) team and for me when they’re in town.

JL: You’re a coach today because of your mother, yes?

RP: My dream was to be just like my mom. I went to the same high school (Red Springs, N.C.) as her and to the same college. When I was young, I told my mom that I wanted to keep the team’s official scorebook. She said, “(Rekha), are you strong enough to say (to a player) you’ve got five fouls?” In other words, Mom wasn’t sure I could tell someone she’s fouled out.

JL: Having been around basketball all your life, I assume it was athletics that got you to North Carolina A&T.

RP: Actually, no. I graduated second in my high school class and North Carolina A&T, a historically black college (HBCU), offered me an academic scholarship. As it happens, I had played in the East-West all-star game in my home state in the summer before freshman year so I was also offered a full athletic scholarship. I couldn’t have both so I declined the one based on grades.

RP: A little too opinionated. My teammates called me “Coach.” I should have shut my mouth when I was playing but I didn’t. I don’t know if I could play for me.

JL: Is there such a thing as a “Rekha” culture at Southeast?

RP: We have standards and a coach must communicate expectations often. But I’ve gone through a coaching change as a college student. I knew I wasn’t the “new” coach’s player and you feel that. I let my players know they chose Southeast and not me. I also tell them that I chose Southeast (and by extension) I chose them.

JL: So you haven’t removed a player from your team?

RP: Oh, yes, I have — probably half a dozen since my first season (2015-16). I always remember that I’m usually dealing with 18- to 22-year-olds. If I see a bad attitude, I work with the player, and if I see them grow, then we go on. Usually. It doesn’t always work out, and when it doesn’t, it’s not easy to let someone go. You don’t want to hurt them or mess them up. I still keep in touch with a few of those (removed) players.

JL: Do you have a philosophy?

RP: I think everything begins in the mind. I want to help players become their best selves. It’s a mentality that may be summed up in the saying, “She believed she could and she did.”

JL: What is it like to coach young women in this sport?

RP: I try to be whatever my players need me to be. Young women tend to believe the negative over the positive. I try to encourage. Sometimes I need to yell, but on a consistent basis (yelling) is not me.

JL: You’ve said it all starts in the mind. How do you keep your players focused?

RP: We have “vision boards” because goal-setting is so important. We also have what we call Thankful Thursdays because we can easily forget how grateful we should be to wake up and use our abilities. Kennedi Allen and Taelour Pruitt never let us forget those Thursdays. (Additionally), the players write down their postgame thoughts for me so I know where they are mentally.

JL: But you have a special task for seniors.

RP: In the fall semester, senior year, my players write down their A, B and C plans of what’s going to happen when they leave Southeast. I want to keep them motivated to think about what will happen after basketball is over.

JL: You’ve started the season 6-3, your best start at Southeast.

RP: This is new for me to have this type of success. At least as a head coach, it is. As an assistant at Baylor, we went 40-0. I know not to get too high after a win or too low after a loss. 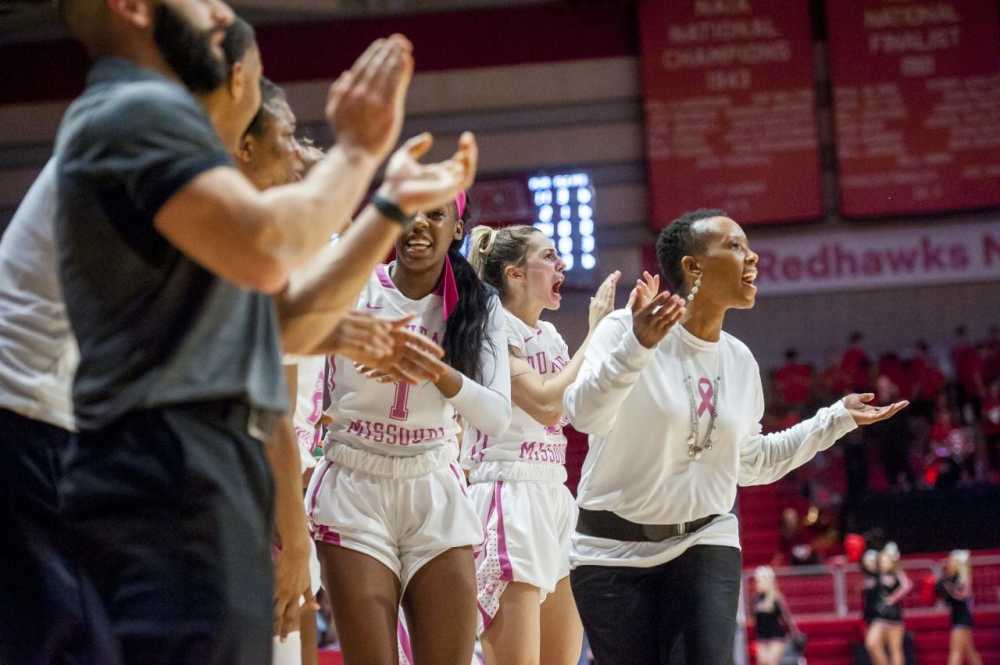 RP: We celebrated the win with a mature group of young ladies. We know that beating Ole Miss wasn’t our goal. Our goal is to win the OVC and get an invitation to the NCAA Tournament.

JL: Is this the year for one or both of those goals to be achieved?

RP: I will say I believe in this group (but) we have to continue to get better.

JL: Southeast is not your first coaching job nor will it be your last, correct?

RP: Whenever I make plans, God laughs at them, so I’ve learned to be still. In coaching we all know, there are two reasons to leave a team — you get fired or you get another job. I believe in seasons in life. God put me in Cape for a reason and for a season.

JL: I think you answered the question.

RP: I hope I can accomplish what God wants me to do while I’m here. There is so much I can learn and so many reasons to be grateful — for the job and for the people I work with — but yes, I believe I will be the head coach of a team that wins a national championship.

JL: It sounds like you want to add something.

RP: Yes. If what you did yesterday still looks good to you today, then you haven’t done much today.

JL: Say a word about your staff, please.

RP: Mike Geary is my associate head coach and a friend. Chant’e Crutchfield is our recruiting coordinator and prayer warrior. Chant’e sometimes prays for me on the bench. Sakellie Daniels played professionally for eight years and coaches our guards. Courtney Smith is our newest staff member and handles operations and planning so we can concentrate on coaching. Losmie Lutaya is a graduate assistant for us.

JL: Before you go, tell us how you got your first name.

RP: My cousin, Anthony, gave it to me and while (the name) is rare, I’ve come across other people, including a physician, named Rekha. I really don’t know where it comes from, so sorry there’s no great story behind it!