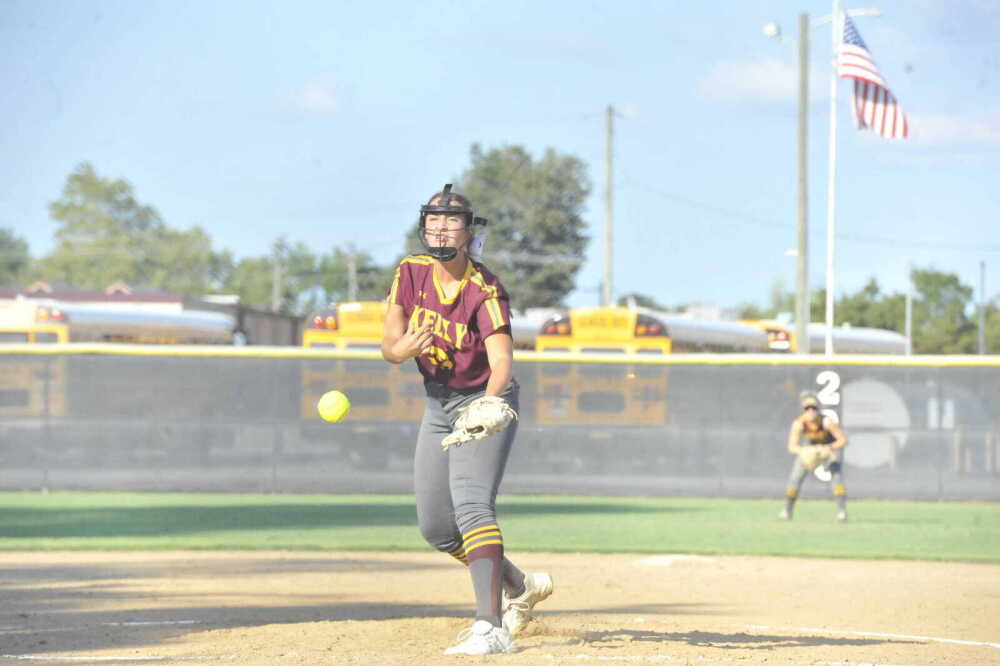 It took a few innings for the offense to heat up, but Lady Hawks (15-4) roasted the Lady Royals’ (3-7) hopes of an upset with a five-run third inning.

“The girls adjusted and were able to put the ball in play and that’s what we needed to do,” said Kelly coach Melanie Heuring. “I knew if we could do that, then we would be able to score some runs.”

Right-handed junior Mallory Lemonds picked up her eighth win on the mound this season with another quality outing. She pitched all seven innings, allowing two runs on six hits with seven strikeouts and just one walked batter.

“[Lemonds] has worked hard in the offseason on her movement and pitches and continues to do so,” Heuring said. “She has pitched in some big games for us since she was a freshman, and she has great composure on the mound along with great leadership.”

Leah Lambert was the catalyst for the team’s offensive onslaught in the third inning. The senior right fielder singled on a bunt a lead off the inning. Lambert then stole second base and advanced to third base on a sacrifice bunt from Macy Burger.

“That gave us the momentum we needed to get things going,” Heuring said. “The third inning was big for us.”

Lambert scored and gave Kelly a 1-0 advantage on an error by the Twin Rivers pitcher.

“Everyone in our lineup contributed in some way to move runners and manufacture runs,” Heuring said. “That’s what it takes. We are not always a power-hitting team but we find ways to put pressure on the opposing defense and manufacture runs. It was good for Groves to step up with multiple hits and I’m glad to see that [Burger] did too. That was big for both of them. [Holman] has been hitting the ball well this season and that’s why she is in our lead-off in the lineup.”

“I like the fact that we don’t give up and fight back,” Heuring said. “Whether it’s with scoring, or good defense or solid pitching; The girls have good composure and don’t get rattled. I like to see that determination in them.”

Kelly will compete in the Jackson Tournament on Friday, Sep. 23, and Saturday, Sep. 24.