Young Redhawks aim to take home domination on the road 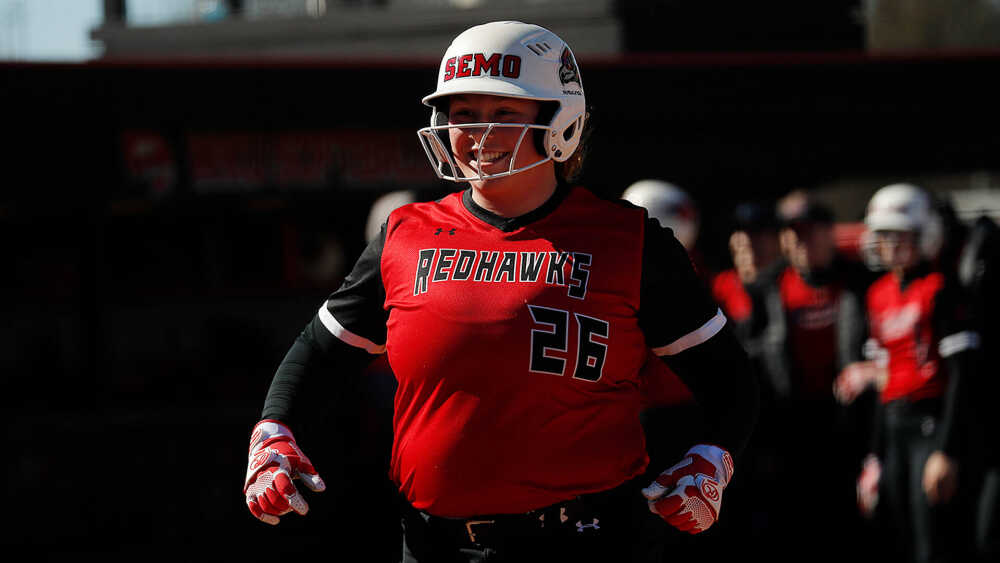 When Southeast Missouri State softball takes the field on Wednesday at Choccolocco Park in Oxford, Ala. To open the 2022 Ohio Valley Conference Tournament, it will do so as a running, hitting, and fielding contradiction.

“Seven of our nine players are freshmen or sophomores,” veteran SEMO coach Mark Redburn said, “depending on how we go. It’s been a development process.”

That “process” was mostly by design, as Redburn and his coaching staff have recruited a talented roster. SEMO only has two seniors on its 22-player roster, though both are spectacular.

Halliwell is one of two transfers from Marshall University, along with sophomore catcher Kat Sackett.

“It reminds me of the 2019 team,” Redburn said, “where we had two (talented) classes of freshmen and sophomores. I’m hoping that is what we have going here again.” 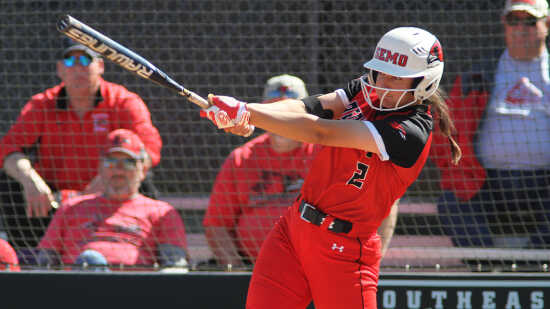 “She was kind of doing it on talent alone this year,” Redburn said of the young power hitter.

Freshman Sydney Dennis found a late-season home at second base, but also started games at shortstop and third base, as Redburn played with his lineup following the season-ending knee injury to junior Alyson Tucker, who was limited to just 25 games.

That injury also led to sophomore Abigail Rickerman eventually securing Anderson’s old position, while sophomore Kynzie Wrigley got the third base job after also spending some time at second base.

The trio of junior Chelsey Pena, sophomore Kelby Robinson, and freshman Tatum Gerwitz all got playing time in left field after the regular starter, sophomore Jillian Anderson, suffered a nerve injury to her elbow early in the season.

“We had two really key injuries,” Redburn said, “and that forced us to have to play some of these younger players that wouldn’t have gotten the amount of time that they are getting.

“I hope that is going to help us down the road.”

Both Anderson and Tucker are expected to return in 2023.

It is difficult to say whether this youth had an impact on this season or not.

On one hand, the Redhawks had a very solid 16-10 OVC record, which culminated with a three-game sweep of No. 2-seed Belmont last weekend in Cape Girardeau. Those wins finished off a perfect 14-0 mark for Redburn’s team at home this spring. However, in the 23 games away from Cape Girardeau, SEMO won just four times.

“They (young players) were going through this for the first time,” Redburn said. “But sometimes you hear about teams that are much better on the road than they are at home.

“I did tell our team that ‘It’s OK to take some of these wins at home and take them on the road.’ Hopefully, on a neutral field this week, being an away team isn’t going to be an issue.”