Gaylon Orf, Special to the DDD 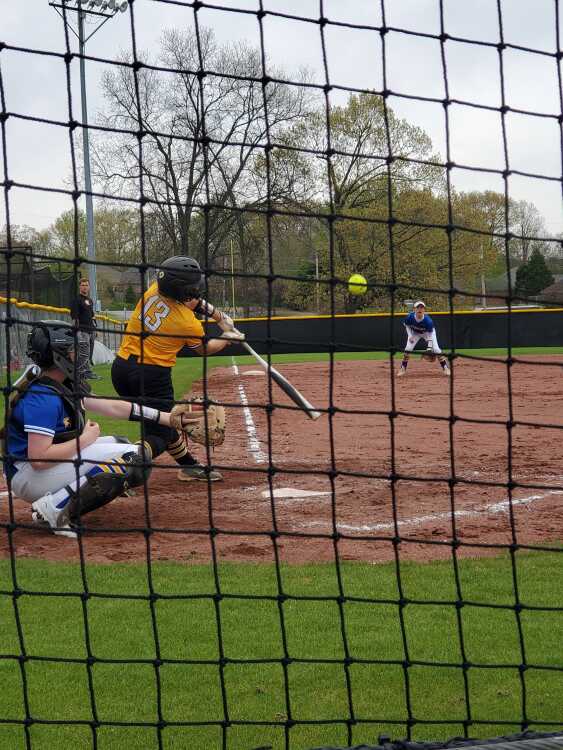 After numerous rainouts, the Kennett Indians Softball Team traveled to Jackson, Tenn. to face a good Jackson Christian squad. The game was tight at first, but got away from KHS as Jackson Christian won 14-4 in a six-inning affair.

KHS was on the board in the first inning as Handley McAtee singled, stole second base, and scored on an RBI double to right field by Anelle Harris. Audrey Philips followed with another hit to right to plate Harris.

In their half of the first, JCHS tallied four runs, including a three-run homer.

In the bottom of the second, Kyra Jaco made a fine play in the hole to aid in keeping it a scoreless inning.

After an infield single by Hadley Wilson in the top of third, Harris blasted a rocket over the fence in left field for a 4-4 score.

JCHS would score three runs in their half of the third and another run in the fifth inning for a 8-4 lead.

In the sixth inning, JCHS plated six more runs with the help of some shaky defense to finish the game by the score of 14-4.

Offensively, Harris led Kennett with a homer, a double, three RBI’s, and scoring twice. Wilson had two hits and a run scored. McAtee singled and scored a run. Phillips had a hit and drove in a run.

Emma Tinnin smacked two base hits. Kyra Jaco recorded a hit and a hit by pitch. Lauren Barton slapped a single up the middle.

Kennett now has a record of 12-5. After visiting New Madrid County Central Monday, KHS travels to Campbell Tuesday for a 5:30 contest. Wednesday is Senior Day for the Indians as they host Risco with Gideon at 4:30. Prior to the matchup, KHS will have a ceremony to recognize its five seniors.