Column: Honeymoon is over for SEMO mbb following latest blowout 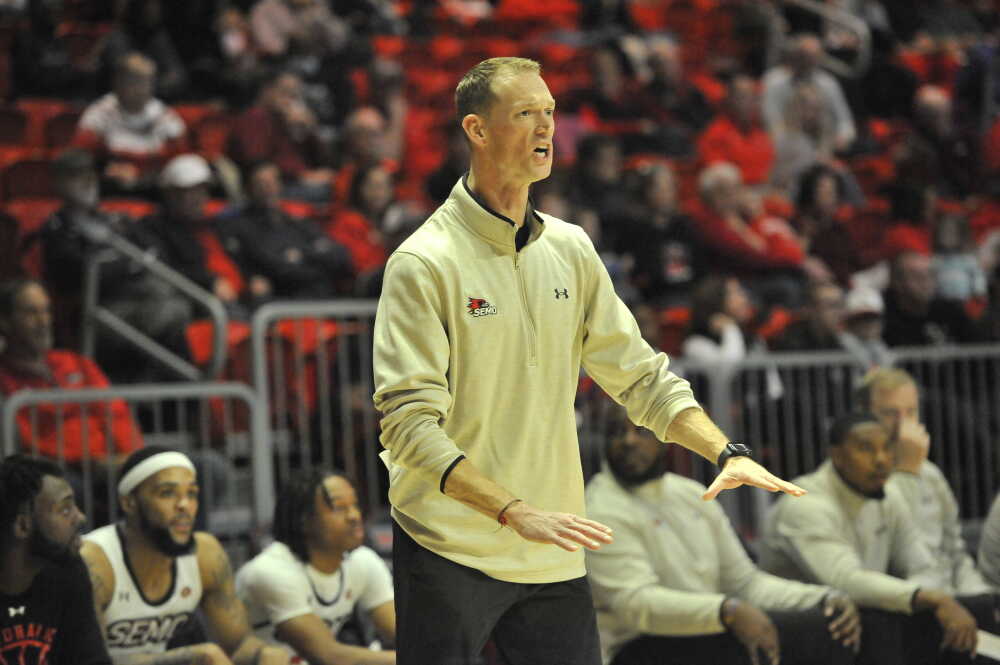 A year ago, there was so much to like about the direction of the Southeast Missouri State men’s basketball program.

The Redhawks were in their first season under coach Brad Korn, who had his team playing, if not always successful, at least competitive basketball.

SEMO won 11 games against NCAA Division I competition, an improvement of six games from the season prior, and Korn’s team advanced to the Ohio Valley Conference Tournament for the first time in four seasons after finishing seventh in the league.

However, in wake of yet another disappointing performance, that honeymoon is officially over.

On Thursday, for the fourth time in the past six games, the Redhawks put forth an atrocious display defensively (and the offense wasn’t much better) and fell to OVC preseason favorite Belmont 102-62 in Nashville.

SEMO lost for the sixth straight time on the road and is 6-10 overall (with two of those wins against non-NCAA Division I competition) and 1-2 in the league.

The double-digit loss was SEMO's seventh in 16 games this season after falling by double digits eight times in 27 games a year ago.

The Redhawks were coming off an impressive effort in beating Austin Peay Saturday in Cape Girardeau, but that momentary glimpse of hope was circled by disappointing performances at Murray State, at Cal Baptist, at Southern Illinois, and Purdue Fort Wayne.

“I don’t think that we seem connected and when things go bad, we just kind of shut down,” Korn said.

SEMO has had stretches, even in its defeats, where it played well, but minutes will pass where it plays very poorly and allows the opposition to separate itself, often eventually for the victory. The same thing happened against the Bruins.

With 11:41 remaining in the opening half, sophomore guard DQ Nicholas scored to put SEMO up 23-21, mostly on the outrageously impressive offensive play of junior guard Eric Reed Jr. (more on him in a moment). However, the Bruins, who hadn’t played a game since Dec. 18, but were made to look like world-beaters all night, tore off on a 14-0 run over a 4:15 stretch and that was the game. 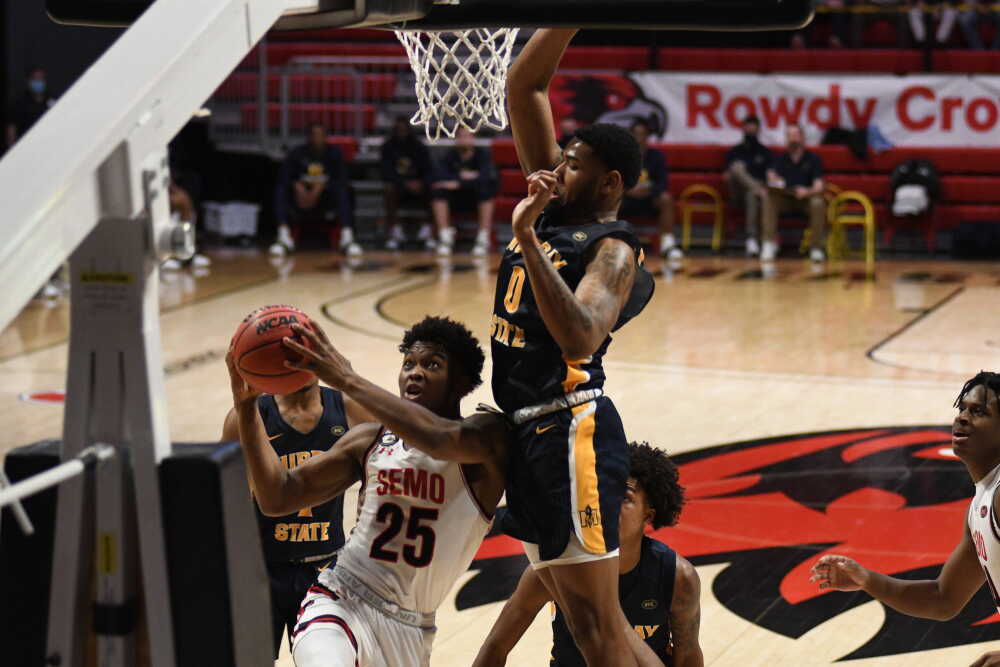 Reports: Murray State leaving OVC for MoValley
Tom Davis
Regardless of the ignominious history that the Southeast Missouri State men's basketball program has in playing against Belmont, the fact that the Redhawks are making their final trip to Nashville today at 7 p.m. to face the Ohio Valley Conference preseason favorite is not a good thing for SEMO in the big picture.

“Individually,” Korn continued, “and then collectively as a group, we shut down and throw our hands up and say ‘Whatever.’”

Reed Jr. is the reigning OVC Player of the Week, and for the first half, he played like a shoo-in for the league’s Player of the Year.

He scored SEMO’s initial 11 points and had 22 by halftime with only one missed shot.

However, Reed Jr. never scored again following the break, as the Redhawks made just 32 percent of their shots in the second half and 35 percent overall.

“I don’t know what would have happened if we didn’t have (Reed Jr.) in the first 10 minutes,” Korn said. “He’s playing with supreme confidence right now. But we can’t seem to get anyone clicking the same with him. We’ve got to get some more consistency from everyone else.”

The offense may come and go this season, though it shouldn’t with this group, which has offensively-skilled players. However, the porous defense can be embarrassing at times, and for that, there is no excuse, and Korn isn’t trying to make any.

“If I had the answer,” Korn said of his team’s woes, “then it wouldn’t happen. It’s my job to have the answer, so it doesn’t happen.”

Belmont shot 60 percent from the field and pounded the Redhawks on the glass 41-29. It was the worst defensive performance by SEMO this season in terms of field goal percentage allowed, and second-worst (by one) as far as rebound margin goes.

The most exasperating factor for Redhawk followers – and you can include Korn among that group - must be that this is essentially the same roster as a year ago, only with additions of very talented freshman guard Phillip Russell and surprisingly solid freshman center Sam Thompson.

“It is very surprising,” Korn said of this group not meeting its potential. “It’s very disappointing.”

Junior forward Nygal Russell pulled down a team-best five rebounds, while he and Nicholas each passed out three assists.

Comments
View 20 comments
Note: The nature of the Internet makes it impractical for our staff to review every comment. Please note that those who post comments on this website may do so using a screen name, which may or may not reflect a website user's actual name. Readers should be careful not to assign comments to real people who may have names similar to screen names. Refrain from obscenity in your comments, and to keep discussions civil, don't say anything in a way your grandmother would be ashamed to read.
Respond to this story