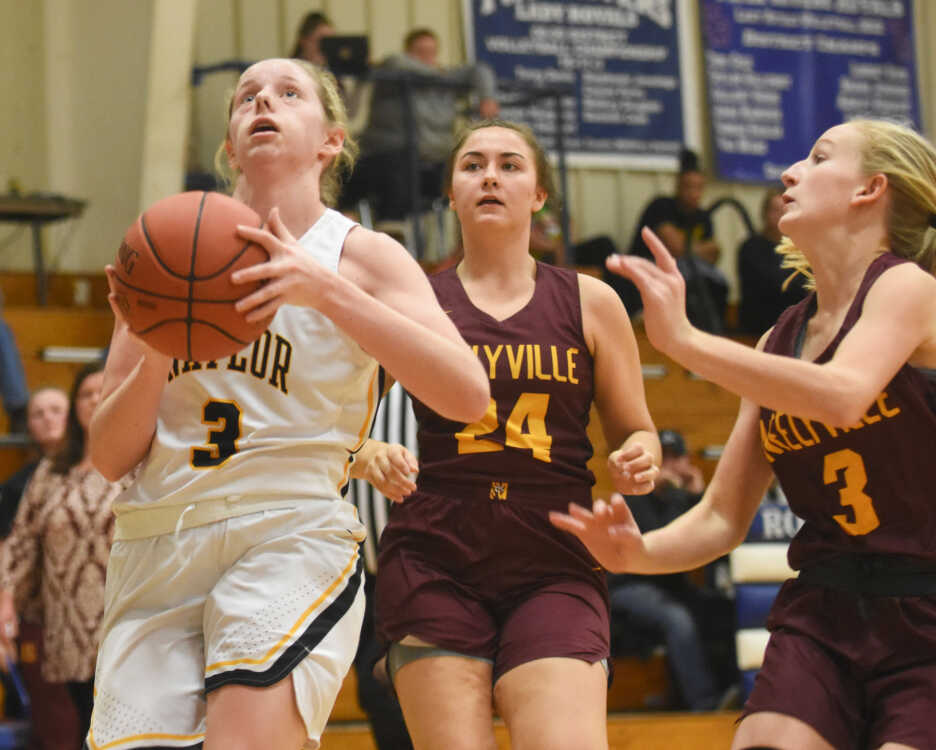 BROSELEY — Despite Neelyville trying to mount multiple comebacks, Naylor was able to pull out the 43-36 win Monday night in the quarterfinals of the Lady Royal Christmas Classic.

"We had to grind out that win," Naylor coach Logan Foster said. "My kids did what they had to do to come out on top and I'm proud of them."

The Eagles were led by Danielle Shepard with 11 points while Hattie Day and Harley Sullivan contributed 10 points a piece.

As for Neelyville, the Tigers couldn't get over the hump despite having multiple opportunities to do so playing from behind for most of the game.

"We needed a sense of urgency at the beginning of the game," Neelyville head coach Becky Hale said. "When you wait that long, it's tough to come back from that."

Both teams went into a bit of a dry spell to start the second quarter as the Tigers scored the only point between the two teams in the first four minutes until Dobbins tied it up at 10-all hitting both free throws of a one-and-one opportunity.

"That's been a problem for us all year so far,'" Foster said. "There would be stretches where we won't score at all and (Monday) it happened to be in the first four minutes of the second quarter. We'll have to find a way to fix that."

However, Naylor ended the first half with a 5-2 run as they went into the break with a 15-12 lead.

Naylor started the second half with a 7-1 run in the first three minutes and went into the fourth up 27-17. They kept up the strong play in the fourth, but Neelyville kept pace with the Eagles leading 32-23 with 4:20 to play.

About midway through the fourth, Neelyville's Gracie Green took a hard fall on the floor and had to sit out the rest of the contest. Hale said that Green has a back injury.

"She fell very hard and we're hoping it's nothing serious," Hale said. "We'll probably have to play a game without her in the lineup."

When play resumed, Neelyville made it a two-score game with Naylor leading 40-36 with one minute remaining, but Naylor was able to put it away from the charity stripe as they'll look to face top-seeded Doniphan today.

"We'll have to play very well in order to win against Doniphan," Foster said. "It's one of those games where we have nothing to lose so we're going to play hard and let the chips fall where they may."