Clarkton, Gideon rivalry is like family, because, well, it is 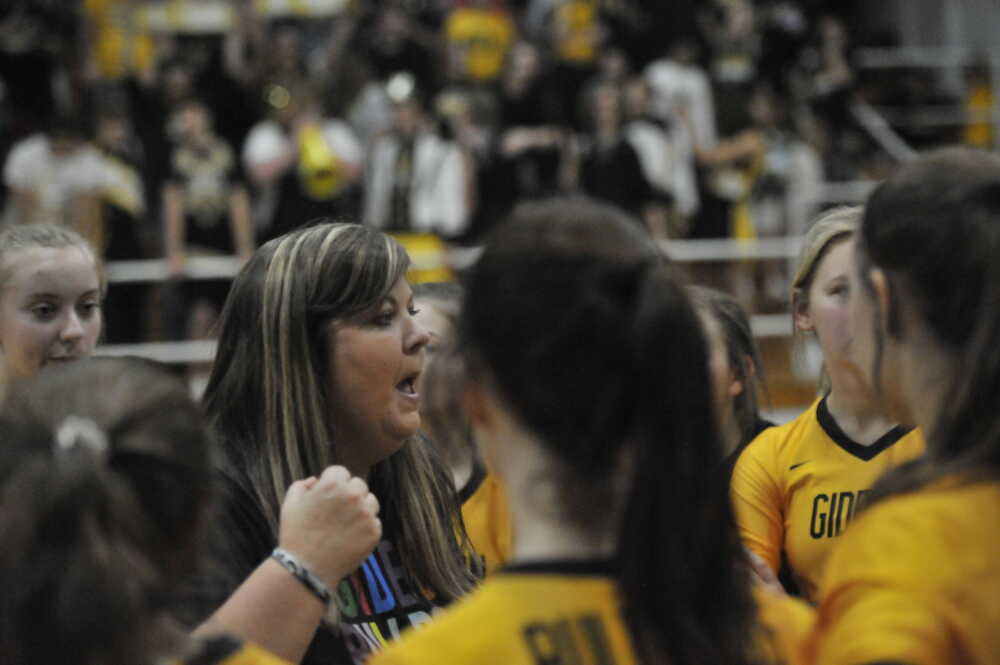 CLARKTON – The Clarkton and Gideon High School volleyball programs sit less than three miles apart and have won a combined 206 matches over the past four seasons. So, one would think that the Reindeer and Bulldogs would have some intensity to the matches when they battle each other.

“I’m not sure that this is a bitter rivalry,” Gideon coach Kristen Ashabranner said following the two teams competing for the recent MSHSAA Class 1 District 2 championship. “It’s just a competitive rivalry.”

“Competitive” as in how family members would compete with each other because “family” was an overriding theme during the District title match on Monday at Clarkton.

Ashabranner is the first cousin to veteran Clarkton coach Amy Cowart. Their fathers (Mike Winchester is Cowart’s father and Tim Winchester is Ashabranner’s) are brothers, and both were in attendance in the packed gymnasium for the entertaining match.

“You can always expect this in the Gideon and Clarkton rivalry,” Cowart said after falling in three sets. “We have an immense love, but we also like to compete.”

Cowart played at Clarkton and being eight years older than Ashabranner, helped develop the Gideon coach’s love for the sport.

“I would hit balls to (Kristen) and made her a good volleyball player,” Cowart laughed.

The two cousins took the family atmosphere a step further, as both coach daughters on their teams.

Brinley Cowart is a freshman for the Reindeer and earned Second Team All-District recognition, while Ashabranner’s daughter, Kaylee Ashabranner, is a junior Bulldog and earned First Team honors.

Both Ashabranner’s said there are more positives than negatives involved when living under the same roof and then having to work together.

“I try to not bring (being a mother) to the game,” Ashabranner said. “I try to say that I’m the coach and then when I go home, I love her like none other. But that can be difficult, just like (Amy and Brinley) on the other side.

“I can be difficult, but it is definitely a blessing.”

Teenagers can be a challenge to difficult to deal with. Period. (Disclosure: I raised three daughters). But Kaylee said she and her mother/coach have figured out how to navigate those waters and bring untold success to the Gideon program, which has seven District titles in the past decade.

“In some aspects,” Kaylee explained, “it can be very, very difficult. Sometimes I look at her and think ‘Seriously, mom?’

“But overall, she is an amazing woman and an even better coach. She is the best one that I could ask for.” 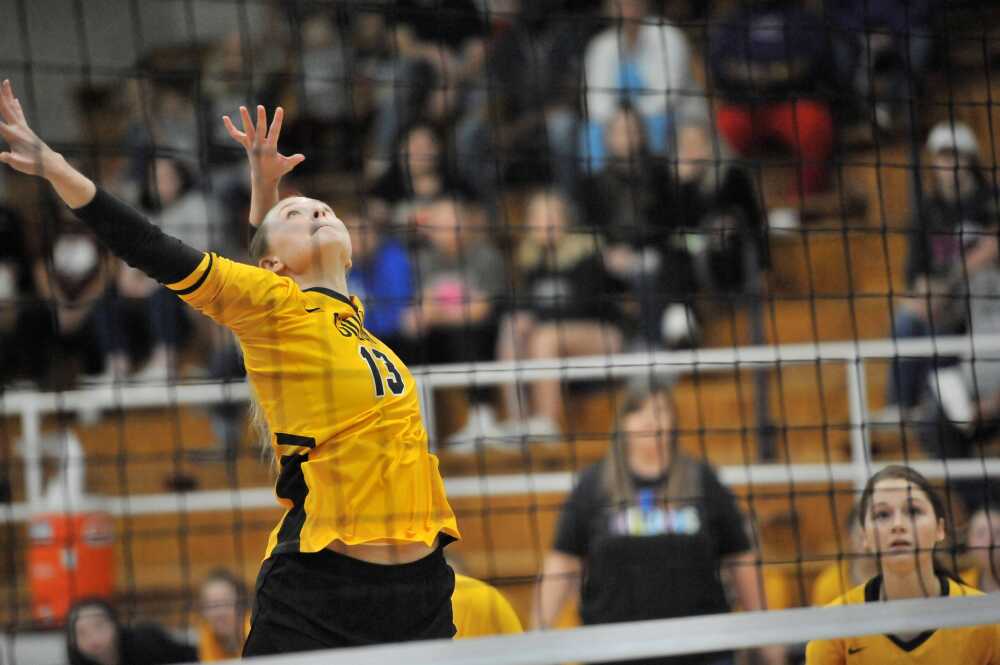 Gideon blanks 'competitive rival' in winning another C1D2 title
Tom Davis
CLARKTON -- As it turns out, peanuts and cotton aren't the only things grown along the Dunklin-New Madrid County lines, hellacious volleyball players are found in abundance, as well, and a whole host of them gathered in the Clarkton High School gymnasium on Monday.
Respond to this story