Kennett defense sends another message of dominance to opponents 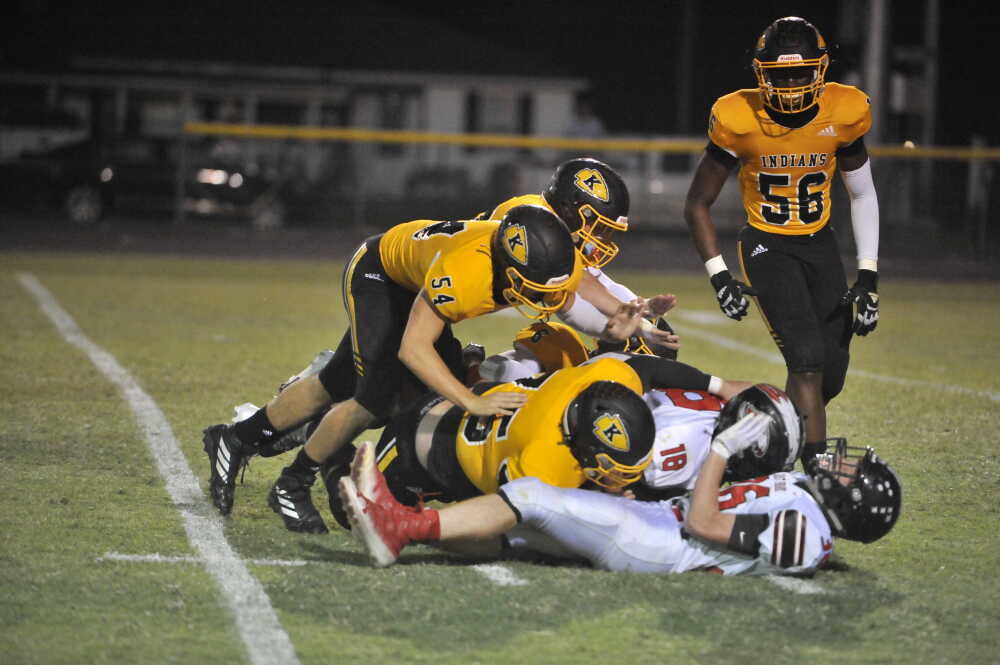 KENNETT – The Kennett football program has been dominant for some time. In the past three seasons, the Indians have won 34 of its 38 games, and it appears that first-year coach Andrew Webster is leaving nothing to chance in maintaining that tradition.

For the fourth time in five weeks, the Kennett defense allowed one touchdown – or less – by its opposition, as the Class 3 11th-ranked Indians pounded East Prairie 45-6 on Friday at Metz Cheery Stadium.

For the second consecutive week, Kennett sent an immediate message to its foe that they were about to embark on a 48-minute journey of misery by kicking an on-side kick to open the game.

Unlike Caruthersville, which didn’t recover the opening kick, East Prairie did, but it was futile in doing so.

The Indian defensive front bull-rushed its way into the Eagle offensive backfield all night and East Prairie couldn’t move the ball at all – literally.

“Two main reasons,” Webster said of his defensive dominance up front, “you’ve got great coaches that are doing stuff and you’ve got great players. (Defensive coordinator) Jim Tidd does an excellent job and (assistant coach) Kevin McKaig works with the D-line all the time, and they teach them right.”

“Then,” Webster continued, “we’ve got LaTrevion Thompson, Ayden Tidd, Hayden Higgins, and Evan Parker was in there tonight.

“When you’ve got great players and great coaches, and you work hard, a lot of good things will happen.”

On the Indians’ initial offensive play, senior runner Jordan Jarrett tore through the overmatched Eagle defense for a 68-yard score. However, that run was negated by a Kennett penalty (the Indians had seven on the night).

No worry, Jarrett finished the drive with a 10-yard score for a 6-0 Indian lead at the 6:53 mark of the opening quarter on a play that was set up by a great run-after-catch by junior tight end Harley Hamlett.

Hamlett hauled in a pass from junior quarterback Tanner Pierce in the heart of the East Prairie defense and carried a couple of Eagle defenders another 10 yards as they tried in vain to bring him down.

Jarrett finished the game with 163 yards rushing and four touchdowns, while Hamlett had a pair of receptions for 39 yards.

Less than three minutes after his first score, Jarrett added a 40-yard strut into the end zone in which he carried an Eagle defender over the last five yards, to stretch the margin to 13-0.

Jarrett scored again, this time on a short run, for a 20-0 lead on the first play of the second quarter, before Webster got creative with his play-calling for the second time this season.

A few weeks ago, Kennett got Thompson a 40-yard score on a misdirection, throwback to the regular offensive lineman against Ste. Genevieve.

On Friday, it was Tidd’s time to run with the ball instead of clearing a path for a teammate.

“I told them to just hang in there and battle,” East Prairie coach Terry Flanagan said of his message to his team afterward. “That is all we can ask. And Kennett will be the best team we play all year.”

Pierce closed the first half with a strike to senior Quaddre Sanders for 25 yards, which moved the ball inside the 10-yard line. Another pass to Hamlett got the ball to the two-yard line before Rylee Spencer scored for a 32-0 margin at halftime.

“I’m a little biased,” Webster said, “but I think Tanner is the best (quarterback) around. He is something special.”

The halftime break didn’t slow Jarrett down, as he opened the second half with an acrobatic 31-yard run, followed by a four-yard touchdown jaunt.

The Eagles got a five-yard score from junior quarterback Peyton Hodges with just under 6:00 remaining in the game.

Kennett freshman Deshun Wilson closed the offense for the Indians with an impressive 45-yard run with 1:55 left in the night.

“It ought to be a good game,” Webster said of the next game. “They are putting up some good stuff. Every year, no matter what, no matter what our records are, they always play us tough.” 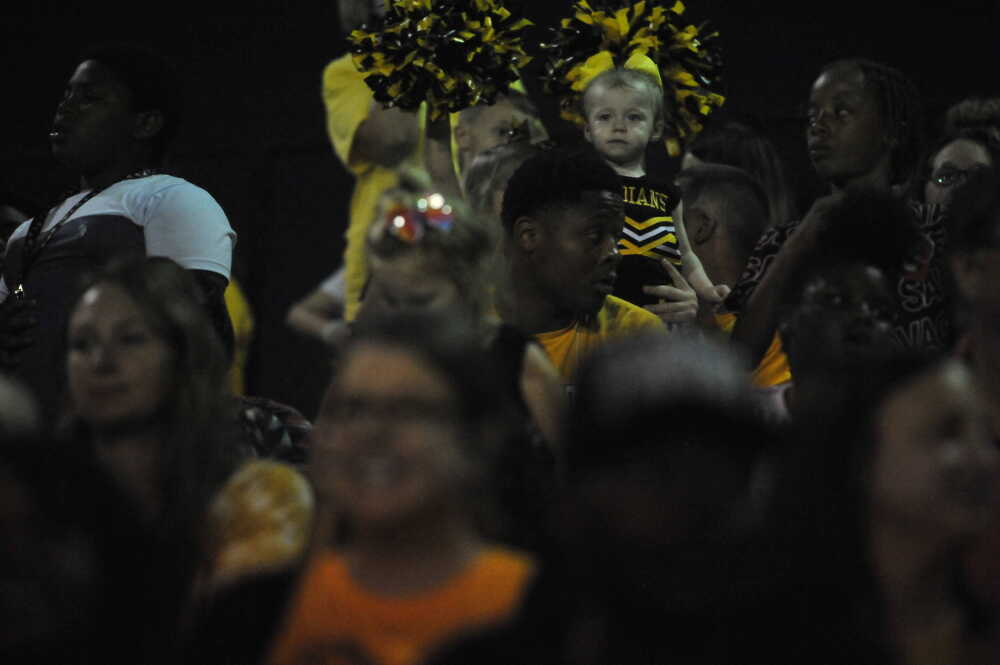 Kennett loves its football and the feeling is mutual
Tom Davis
KENNETT -- The home bleachers at Metz Cherry Stadium were overflowing for last Friday's homecoming football victory over Caruthersville. The fans spilled out of the bleachers and lined the chain-link fence all the way past the entrance to the stadium at the south side of the field.
Respond to this story