Genius of Catfish GM leads to another title shot for Cape 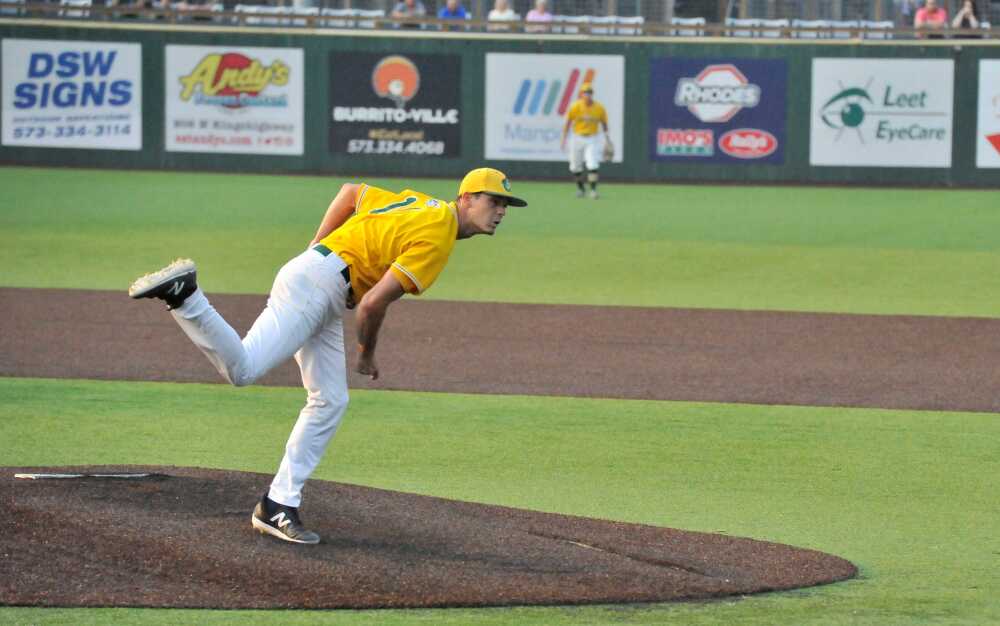 In 2019, the Cape Catfish dominated their way to the Prospect League Championship Series with sheer talent, as their players were atop (or near so) in most of the statistical categories.

In the mid-season All-Star gala that summer, Cape sent its coaching staff, as well as eight players to participate.

This season, the Catfish arrived at the same endpoint, as they won their second consecutive West Conference title (the 2020 season was canceled due to COVID) by beating the Clinton LumberKings 7-3 on Saturday in front of 835 fans at Capaha Field.

The Catfish will host the championship series opener on Monday at 7:05 p.m. against the Lafayette (Ind.) Aviators, who advanced to the final round of the playoffs with a 15-5 win over the Champion City Kings. Cape (38-22) and Lafayette (41-18) had the top two records in the league this season.

Despite having several of the same players from two seasons ago, the Catfish didn’t dominate the remainder of the league statistically this summer. They just played fundamental baseball and Saturday’s win exhibited that.

Only three of their 10 hits went for extra bases, including a first-inning two-run home run by Giovanni Del Negro.

Cape committed just one error on the night while stealing four bases.

The Catfish were sound at the plate, in the field, and on the base paths, which is a testament – again – to the squad that team general manager Mark Hogan assembled.

Hogan is two-for-two in putting together a title-winning team and his decades in college baseball have their fingerprints all over this roster.

He found West Virginia State star Andrew Stone (.333 average this summer to go with his 39 RBIs and 39 walks), who has been arguably the best player in the Prospect League each of the past two seasons.

Like Stone, Ellison Hanna II (Bahama native, who plays at Indiana State) returned for a second season in Cape Girardeau, and he reached in the first inning on a walk.

Hanna II made it a 3-0 game on a sacrifice from a local kid (Bonne Terre), Kolten Poorman.

All the while, Jackson native Colten Weber was putting together another solid outing on the mound, as Cape eventually built a 7-0 margin by the third inning.

“The first inning,” Weber said, “my fastball was a little off. But once I finally dialed that in, I found my curveball, and I was confident because my changeup was looking good.”

That opening inning demonstrated the genius of Hogan, who has mixed local players with kids from all over the country, while the second-year coaching staff (manager Steve Larkin, and assistants David Lawson and Josh Meyer) blended the disparate parts cohesively into a championship-caliber team.

While the kids from afar were generating offensively (Stone, Del Negro, Hanna II, and University of Missouri player Dalton McNamara each had a couple of hits in the win), athletes from nearby were shutting the LumberKings (29-31) down.

Weber has been efficient all season. He had one shaky outing on July 23 in a loss to Springfield, but aside from that night, he has allowed just six earned runs in eight other outings.

“He’s been great for us all year,” Catfish pitching coach Lawson said of Weber. “He’s an ultra-competitor and he has gone out and competed on every pitch.”

Weber worked six innings on Saturday and allowed four hits, no earned runs, only walking one, and striking out nine Clinton batters.

“We felt like we were in good shape going with him (tonight),” Lawson continued. “We had a lot of confidence in him to go out and pitch in a big game for us and he did a great job.”

Bunselmeyer didn’t allow a hit in the final inning and struck out two of the three bats he faced.

The Catfish will seek to finish the job this week, which evaded them in 2019.

In the 2019 final series, Cape took the opening game of the three-game series but fell to the Paints in the final two games.