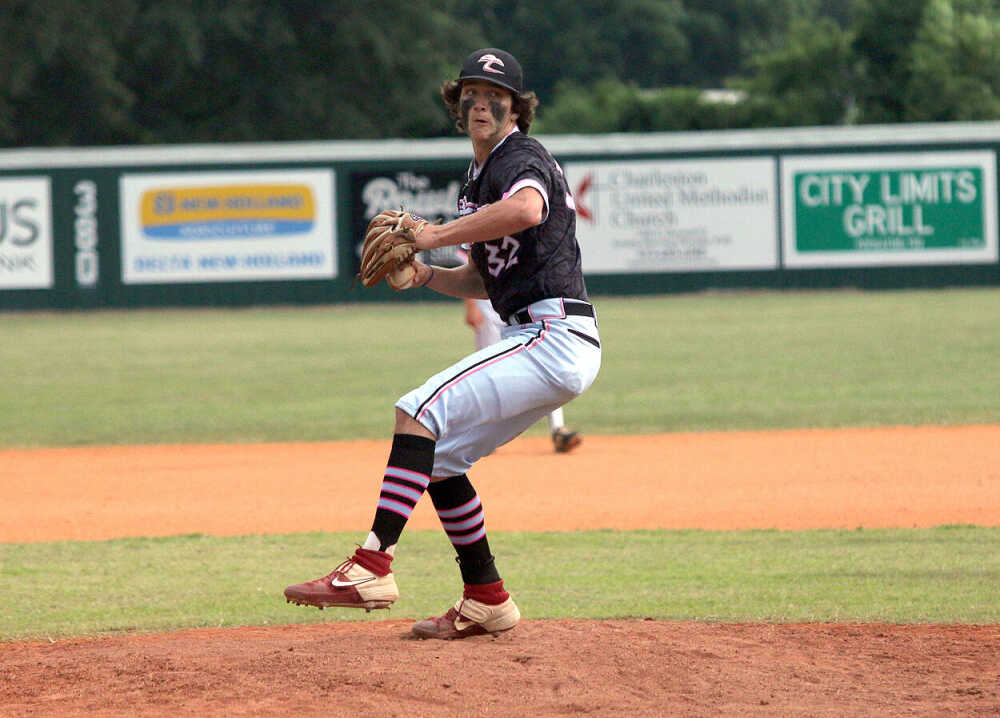 CHARLESTON — The Cardinals Legacy Perfectos exploded for five runs in the seventh inning to get past the SEMO Tropics 17u team 10-5 in the second round of the 2021 Missouri Senior Babe Ruth State Tournament Thursday night.

The two teams traded leads for the first five innings of the game until Brandon Palmer hit a solo home run over the left field fence to even the game at 5-5. Palmer went 2-2 with a walk, sac fly and collected two RBI to help his team.

Justin McAlister, head coach for the SEMO Tropics said, “I thought we played great baseball until the sixth inning. We had runners at second and third with one out in the sixth inning and we couldn’t execute.”

The Tropics and Perfectos experienced a rain delay after the first inning, which may have affected some of the players performances.

“I’m not sure if the rain delay had any effect on our team,” McAlister said. “The Perfectos were just solid tonight 1-9 in the lineup and our guy struggled getting his breaking ball across the plate and getting behind in the count. That was the biggest thing for us.”

Other key players for the Tropics were Bladen Perry, Levi McKinnie and Drew Klipfel. Perry went 1-4 with two RBI, McKinnie went 1-2 with a stolen base, and Klipfel went 2-2 with a walk.

The Perfectos came out swinging in the seventh inning as they scored five runs to ultimately lead the team to victory. Joel Koenig had the biggest impact on the team’s performance, driving in three runs with a 2-3 batting line.

Jaden Thacker also had a huge game going 3-4 with a double, two singles, and a stolen base. Cainan Heck went 1-5, but came up big when his team needed it, hitting a triple and driving in two runs in the seventh inning. Jed Montgomery and Joey Holmes both collected two hits and an RBI each for the Perfectos.

“My boys love to hit and it doesn’t matter whether we are down by one or two, they are going to come to the plate and put the ball in play,” said Brian Becker, general manager of the Perfectos.

A big moment in the game came when Koenig made an unbelievable play at third, jumping and catching a hard hit line drive.

“Koenig is a great player. He was on the cheerleading team for four years which enabled him to make that play. He also scored a 36 on the ACT, and will be attending Missouri State on an academic scholarship. He is a huge asset for our team,” Becker said.

The Perfectos will play again Friday at 4 p.m.