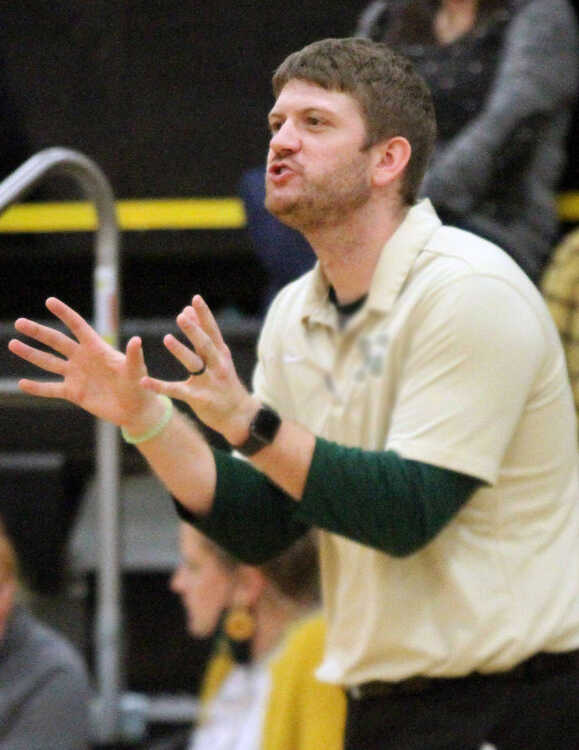 A new varsity boys basketball coach is roaming the sidelines at Clarkton High School for the first time since 2015.

McBroom takes over for Jordan Bidewell who has served as varsity boys basketball coach at Clarkton since the 2015-16 school year. Bidewell is giving up the coaching position to serve as the high school principal at Clarkton.

“Taking over for someone like Mr. Bidewell is exciting because you know the program is already in good shape,” McBroom said. “I’m excited about continuing what he has started and I look forward to the opportunity to continue growing the program.”

McBroom is a 2011 graduate of Twin Rivers High School in nearby Butler County. He obtained his bachelor’s degree from Southeast Missouri State University in Cape Girardeau, Missouri, and master’s degree in secondary education from Williams Woods University in Fulton, Missouri.

McBroom had assistant coaching stints at Holcomb, Willard, Cape Central, and Poplar Bluff before most recently serving as the varsity boys basketball coach at Malden High School for the past three seasons.

McBroom said he has had the opportunity to work with the players on the Clarkton squad in recent weeks in summer scrimmage games.

Clarkton will continue to fine-tune its skills when it competes in a summer shootout at Kennett High School on Tuesday. Clarkton is scheduled to play Rector Tuesday at 8 a.m., Delta C-7 Tuesday at 10:15 a.m., Greenville Tuesday at 11:45 a.m., and Portageville Tuesday at 2:45 p.m.

Clarkton is coming off one of its most successful seasons in the past decade. Clarkton finished 15-9 and won the Tri-County Conference Tournament for the first time since 2009 last season. Clarkton graduated Izaya Gorman, Caleb Underwood, Allen Matney, Zachary Newton, and Edgar Zapata off its 2020-21 squad but returns several players who contributed to last season’s success.

“We are upperclassmen-heavy,” McBroom said. “We’ve got three seniors and three juniors who will contribute significant minutes for us. They’ve been playing together a long time so they have good team chemistry.”

A big question for Clarkton is if it will compete in the Class 1 or Class 2 state playoffs in the upcoming season.

Last season Clarkton was one of the smallest Class 2 schools in Missouri and was placed in a district that included Class 2 state champion Campbell, South Pemiscot, Hayti, Bernie, Cooter, and Holcomb. If Clarkton would have had five fewer students it would have been classified to compete in the Class 1 state playoffs last season.

“I would say moving forward as long as we stay with a six-class system Clarkton is going to be on the borderline between a big Class 1 school and a small Class 2 school every year,” McBroom said. “But I think if we continue to put the work in we can have success in either class.”