Oran survives a late scare from Malden in 8-5 win 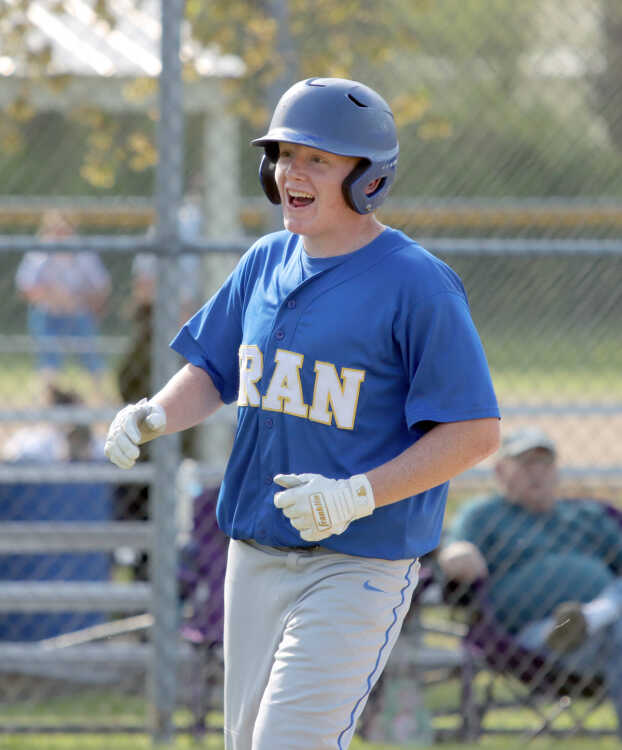 ORAN, Mo. Ś After the first inning Tuesday afternoon, it looked like another quick and easy night for the Oran baseball team.

The No. 1-ranked team in Class 1 scored six runs in the opening frame against Malden (8-6), but the end didnÆt turn out to be in the fashion that the Eagles expected after a great start.

Nonetheless, Oran (9-1) did find to come out on top, as it earned its eighth-straight win with an 8-6 victory over the Green Wave.

ōI felt like we went on cruise control after that,ö Oran head coach Joe Bickings said. ōWe got to understand that this is a seven-inning ballgame, and we canÆt do that against a good team.ö

Coming out with a good approach at the plate, Oran recorded four straight hits to take a 2-0 lead. Carter Heuring, Kolten Payne, Ty Johnson, and Dawson Menz all had base knocks, with Johnson and Menz collecting RBI singles.

It wasnÆt the start that Green Wave hurler Bladen Perry wanted, and it didnÆt get any better after the first four batters. Perry struggled to find the strike zone, allowing three-straight free passes to Kaden Hargrove, Seth Cauble, and Nic Massey that doubled the lead to 4-0.

Then, after a forceout at home for the first out of the inning, Cauble and courtesy runner Nolan Loper both scored after an error on MaldenÆs catcher to equal the 6-0 score.

It was a half-inning that Tim HarmonÆs squad would like to have back.

But they never gave in.

In the top of the second, Malden cut the Oran lead to four, with a two-run frame.

Griffin Riley started the inning by reaching on a dropped third strike, while Cooper Thomas reached on a single to put runners on first and second.

Then, with runners in scoring position after a passed ball, Perry delivered, as he drove in both Riley and Thomas on an RBI single to equal the 6-2 score.

Oran did push one more run across in the bottom of the second after Menz hit a sacrifice fly that scored Johnson to make it a 7-2 game, before three-straight innings of no run production from either team Ś until the end.

The Green Wave found life in the late goings, clawing to within two runs of the lead after a pair of runs in both the sixth and seventh innings.

In the sixth, both runs crossed on one swing of the bat, after Carter StewartÆs triple scored Perry and Jalias Anderson to make it a three-run game at 7-4.

Needing an extra insurance run, Oran got it in the bottom of the sixth to make it 8-4.

However, Malden wasn't going away.

The scrappy Green Wave squad scored another two runs in the seventh, on back-to-back RBI singles by Thomas and Perry, to make it 8-6, and still had a chance to do more.

With one out to work with, Malden had little room for error.

The Green Wave had runners on the corners, but the following decision proved to be costly, as Perry got caught stealing second to end the game on the base paths.

Payne applied the tag at second, ending a rather impressive outing for him.

At the plate, Payne went 1-for-3, scoring two runs, and on the mound, he threw 3 2/3 solid innings, allowing seven hits and two runs Ś one earned Ś while striking out five batters.

ōHe looked pretty good,ö Bickings said. ōHe left a few balls up, and our defense let him down a little bit. But, overall, he went in there and competed. He threw strikes and did the job for us.ö

Oran returns to the field on Thursday at Advance Ś a district opponent Ś while Malden hosts the Malden Invitational Tournament this weekend.