Next Men Up: SEMO linebackers working to meet expectations, legacies 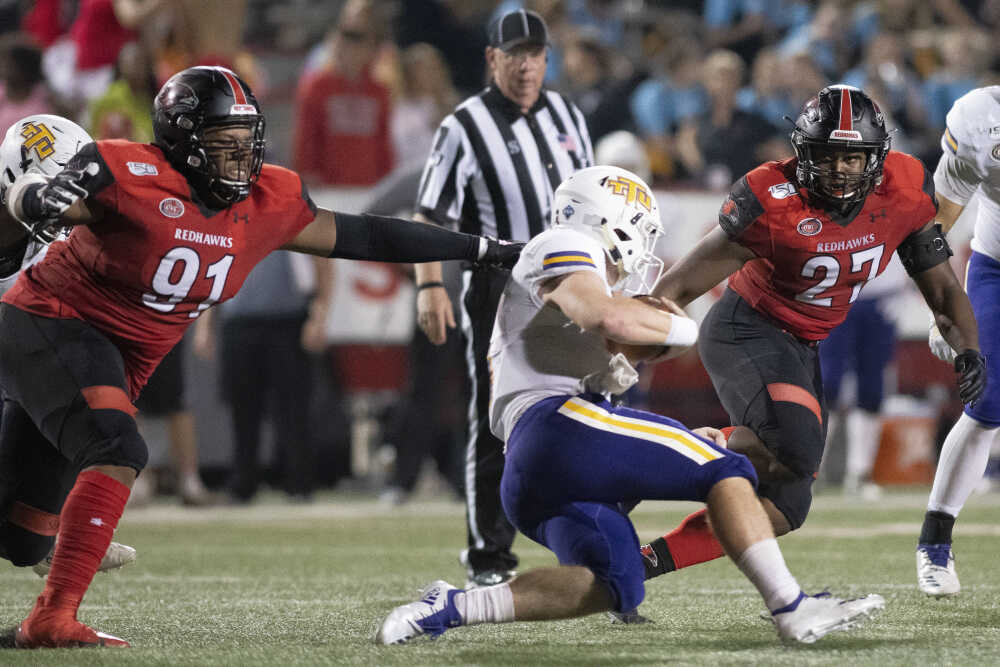 Southeast Missouri State linebackers Brandon Mincey and Mike Matthews both say there is no pressure to live up to the legacies of the stars that played before them, as they try to replace some of the most productive linebackers in Redhawk history. But they both know they are being watched very carefully.

“When you lose Zach Hall and Justin Swift,” veteran SEMO defensive coordinator Bryce Saia said recently, “the big question marks are on the second level. You lose impact players like that, this is why I have the philosophy that ‘It’s not about 11, it’s about 22 (players).’ We’re going to try and make up for that in strength with numbers.”

The No. 16-ranked Redhawks (1-1) will open the home portion of their seven-game Ohio Valley Conference on Sunday when they host Murray State (1-0) at Houck Stadium at 2 p.m.

Mincey is filling a role (‘Will’ linebacker) that Devin Alexander played in 2019 until he was hurt and Mincey (four starts that season) had to replace him.

In the case of Matthews, he is now trying to play out of the shadow of former All-American and ‘Mike’ linebacker Zach Hall, who is a SEMO Hall of Famer waiting to happen.

“I just have to do my job,” Matthews said. “It’s not really too much pressure, but I do have big shoes to fill.” 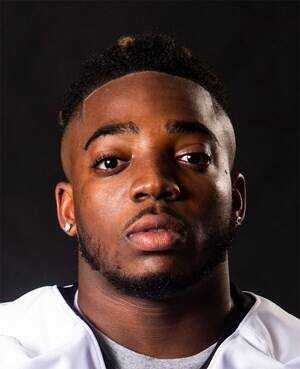 The early returns are that the two athletes are meeting expectations.

Mincey and Matthews combined for six tackles in a 47-7 drubbing of Eastern Illinois last Sunday, and Matthews had an interception (99 yards for a score, but was called back for a SEMO penalty), while Mincey had a pass bounce out of his grasp.

“They put a good game together,” seventh-year SEMO coach Tom Matukewicz said of the pair.

SEMO continually forced Eastern to try varying strategies to convert first downs and early in the second quarter, the Panthers threw a screen pass that Mincey blew up, which led to one of eight Panther punts.

“Brandon is a ‘see ball, get ball’ guy,” linebacker coach Tyler French said. “He’s a guy that reads it fast and wherever the ball goes he’s going to go to it fast.”

The Florida native totaled 25 tackles in 11 games in 2019, while Matthews was right there with him by registering 24 tackles in 13 games.

“Mike has really good instincts,” French said. “Seeing the play develop in front of him, reading and reacting, and again, he’s fast.”

French said Mincey, Matthews, sophomore Rasean McCauley, and freshman Jacob Morrissey form “one of the most athletic groups” SEMO has had at inside linebacker.

Hall, Alexander, Swift, and current Redhawk linebackers Omardrick Douglas and Bryant Pirtle, brought not only talent to the field, but maturity off it in their preparation.

French said the legacy of those graduated players remains and still impacts the program.

“I don’t think they feel pressure,” French said of the current linebackers. “I think the standard has been set in the linebacker room and they just want to do their job in upholding that standard.”

Eastern Illinois was limited to one score, and aside from one long run, managed just 52 yards gained on the ground against the Redhawk defense.

“The defense did a great job,” Matukewicz said. “They were 0 for 4 on fourth downs, which basically is a turnover. It was just a dominant performance.”

Redhawk football has a 'dominant performance' in rout of Eastern Illinois
Tom Davis
The perception of No. 21-ranked Southeast Missouri State football was pretty impressive even before its opening game of the spring schedule even kicked off on Sunday at Eastern Illinois.
Last October, the Redhawks, who had only practiced nine times leading up to the game, battled Southern Illinois on the road to the final gun before losing...

Matukewicz said he “was curious” how his team would perform in its season-opening game, but he didn’t have any expectations prior to it. However, Matthews felt confident going into it.

“I wasn’t surprised,” Matthews said. “I thought we would go out and do our thing. We did well with our effort. We played smart. We played together and we played hard.”