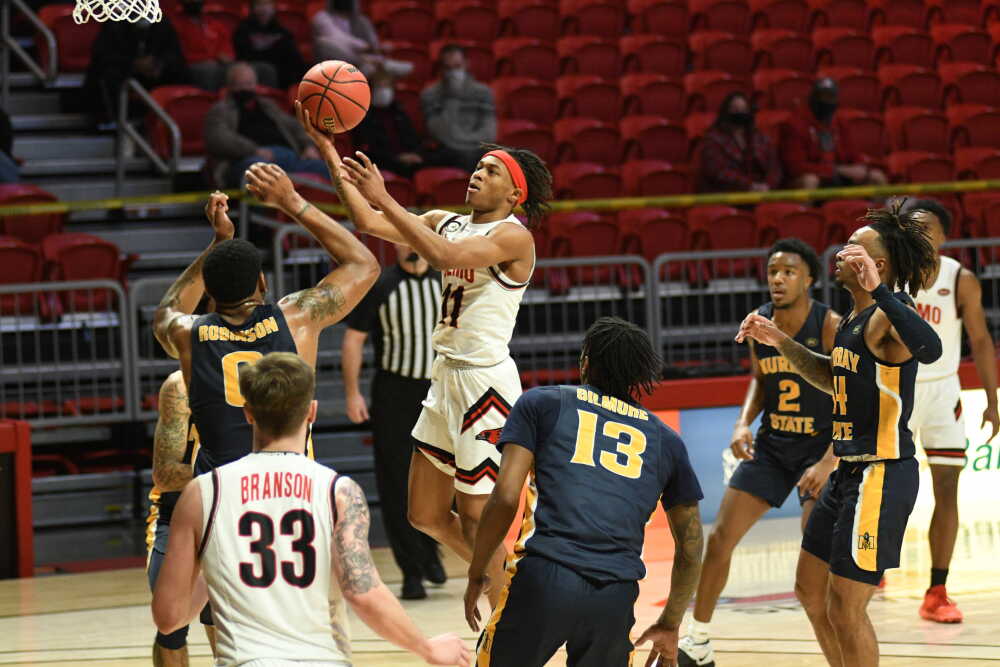 The Southeast Missouri State men’s basketball team will travel to Murray State today at 5 p.m. in a game that was rescheduled from Thursday due to the inclement weather.

The Redhawks (7-12, 5-8 Ohio Valley Conference) will have a quick turnaround, as they travel to Austin Peay on Saturday at 5 p.m.

Why is this weekend critical?

SEMO is currently in the eighth and final spot for the OVC Tournament next month.

The Redhawks had one of their poorest outings of the entire season when Murray beat them at the Show Me Center on Feb. 1.

It was the worst loss of the season for SEMO.

“We were lethargic all night and slow to everything,” first-year Redhawk coach Brad Korn said. “So you take three straight turnovers and back-to-back blocked shots, we’re talking five empty possessions to start the half. That’s only a minute and a half gone by in the half and it was only a 12-point game.

“As poor as you maybe thought it was at the first half, it was only a 12-point game at the half, which we’ve done time and time again. So you’re not totally out of the game but when you do that, you just say, here Murray, take the ball six straight possessions and we’ll start on defense to start the second half. That’s crazy.”

The loss to Murray was the second of four consecutive games in which graduate center Nolan Taylor has missed due to injury (knee pain).

“He’ll be out until he is not,” Korn said of Taylor recently. “We don’t really have a timetable just because of what it is and what he needs to get done. It’s not one of those things where he’s out one more game or he’s out for the year. It’s going to have to go day-by-day and see where it goes.”

Taylor provides rebounding (SEMO is the top rebounding team in the league) and offense in the paint, which is sorely lacking without him.

The post duo of Darrious Agnew and Nate Johnson are averaging just seven points combined over the last four games and have gotten to the line a combined 15 times during that stretch). 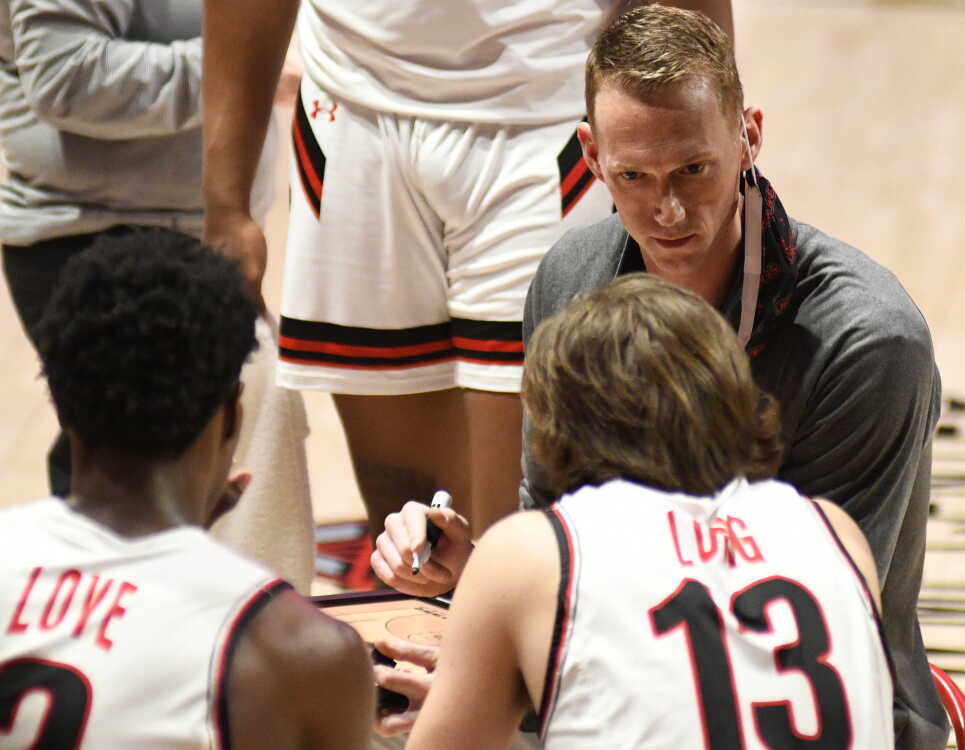 SEMO to experience true road game at Murray State
Tony Capobianco ~ tcapobianco@semoball.com
Going 3-2 during their rare five-game homestead evened Southeast Missouri State's home record to 5-5 and positioned the Redhawks to make a long awaited appearance at the Ohio Valley Conference Tournament at Evansville. In a season in which many arenas have been closed off to fans and the games are seemingly only played for the sake of television...

Take care of the ball

The Redhawks have thrown the ball away 30 more times (in just one more game played) than the Racers.

The Redhawks rank ninth in the OVC in turnovers committed and have thrown it away 26 more times than their opposition.

Redshirt-sophomore guard Jordan Love has been solid in this regard. He has 35 assists and only turned the ball over 19 times.

Korn must be cognizant of this because Love has played at least 21 minutes in four of the last five games.

MAKING them is what counts

The Redhawks have little problem getting to the free-throw line.

They have attempted 40 more free throws than their opponents and lead the OVC in attempts.

SEMO’s issue is making the shots.

On average, the Redhawks miss eight free throws per game.

In a season in which SEMO has lost seven games by single digits (three in overtime), those “freebies” would surely have made a difference.