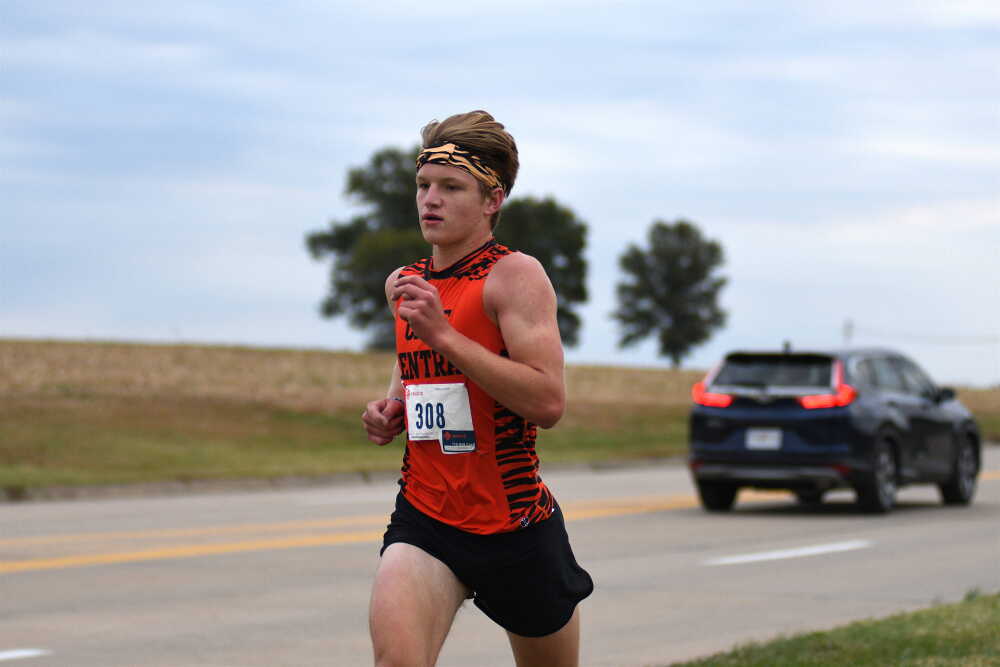 For the Cape Central Tigers, the MSHSAA Class 4 XC State Finals at Gans Creek Course, Columbia will be a family affair.

The Tigers will once again send senior Nathan Caldwell as their lone representative in the boys race but this time his younger sister, sophomore Lindsey Caldwell will also run in the girls race along side McKensi Williams.

“They definitely have a close relationship and they’re a strong family. Cape Central cross country coach Logan Bollinger said. “I think that’s been very helpful for both of them, not only getting encouragement from their teammates but also kind of getting that family encouragement from older brother and younger sister being able to practice together and push each other.”

“He’s improved a little bit,” Cape Central cross country coach Logan Bollinger said. “His times are close to last year. I think this summer he had to take some time off, obviously, but he’s worked strong to get a lot of his speed and power back. He has PR’d (personal record) from last year, he’s a sub-17 runner so that’s his biggest improvement this year.”

From the beginning, finding time to practice during the COVID-19 pandemic was going to be a challenge. Once schools across the state were able to return to some semblance of normalcy with athletic events being held, training while avoiding a breakout was a season long struggle.

“It was definitely interesting from the start,” Bollinger said. “There was a lot of uncertainty on how long we would get to practice before another closure might happen. Once we found a groove after two to three weeks of how we would be able to operate with the news, we were able to have consistent practices with the student and they were able to consistently attend and get better and better.”

The football team and boy’s soccer team saw their season end via forfeit due to positive COVID tests. Preparing for the district and now state finals while avoiding being part of another breakout in the school was an obstacle that needed to be hurdled so discipline and diligence was key.

“For sure it was an obstacle,” Bollinger said. “We were very strict from day 1 on our district safety guidelines and we were pretty strict on when to wear mask. We were very strict on our social distancing as well during practice. I think as a sport cross country lends itself to more social distancing compared to other sports like football where you’re running into each other unmasked. Just the nature of the sport kind of gave us a little bit of leeway but at the same time these kids are going to class, sitting by students, walking up and down the halls. So it was very much an obstacle. We knew some of that was going to be out of our hands but what we could control we did our best to be strict on.”

Along with Caldwell and Williams, Notre Dame’s Laura Eftink and Haley Smith and Perryville’s Tegan Bishop and Courtney Wright will run in the Class 4 Girls state finals. The event starts Friday 8:30 a.m.