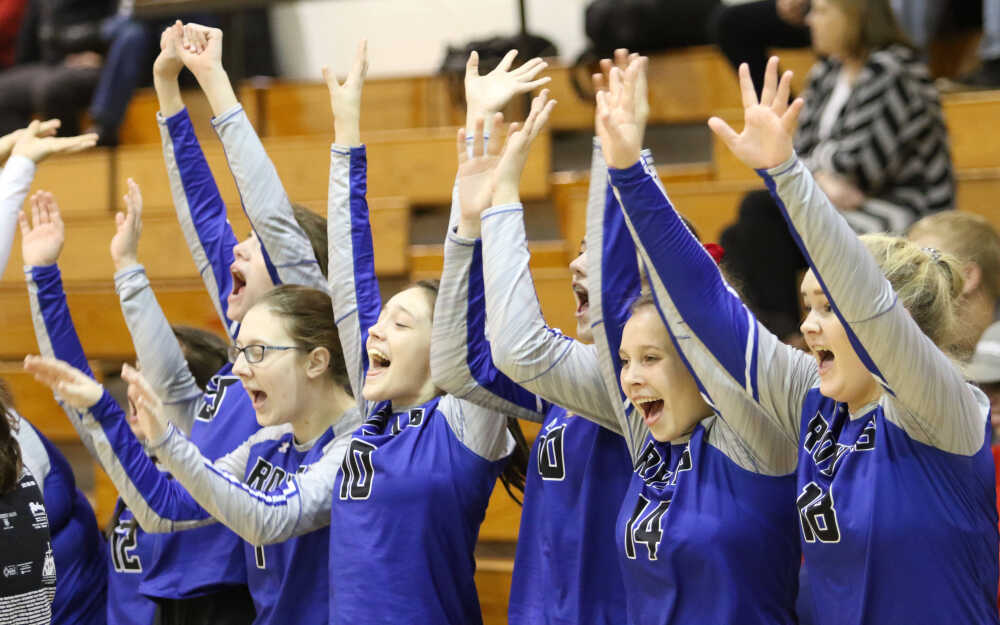 MALDEN — After overcoming a 21-12 deficit that included four straight game points in the second set, the Malden volleyball team couldn’t complete the comeback Monday in the MSHSAA Class 2 District 1 semifinal.

“Working that hard in that set kind of brought that momentum into the third set even though we did lose it,” Malden coach Alex Glover said. “They came out a little stronger in that third one.”

“If I could play them all in one night I would,” Royals coach Whitney Edington said of the layoff. “Once we’re here and we’re on a roll, might as well keep it going because you never know what the next couple of days is going to bring.”

The teams met on Sept. 17 with the Royals winning a five-set thriller.

“It was a really, really exciting, fun game and I honestly look forward to playing them again,” Glover said. “I hope it’s another game like that.”

Aside from a five-set thriller in the quarterfinal in which fourth-seeded Senath-Hornersville edged Portageville 16-14, the semifinals mostly featured long runs by the top seeds.

Malden, however, overcame a 23-15 deficit in the second, avoided four straight game points, had a chance to take the game twice before the Tigers held on.

Malden closed the match with a 14-3 run.

Madison Saulsbery led Malden with 15 kills while Mallory Perkins added nine. Alissa Olson chipped in eight kills with four aces, including a pair in the second set on the line. Nadia Smoot chipped in six kills while Olivia Slaughter and Hailey Rojas each added four aces.

Caruthersville was led by Mallory Faulkner’s 12 kills and two blocks.

“I like for us to have so many hitters that people can’t really worry about just one person going into the next game,” Glover said. “You have to worry about all of them.”

Twin Rivers had a one-two punch of Emma Thurman and Brianna South, who each had 14 kills. Jaclyn Williams and South each had a pair of aces while Williams had 27 assists.

The Royals trailed just once on the opening point of the second set and were tied just four times.

“We’ve been working a lot on our mentality and staying focused the entire game,” Edington said.

“They didn’t let them get ahead. We made a few unnecessary errors, but we overcame it.”

Senath-Hornersville got to match point in the fourth but Portageville pulled even and forced a deciding fifth set with consecutive aces by Jessica Priggel.

The teams were tied nine times in the fifth after the Lions scored the first three points.

Grace Kelly broke a 13-all tie when her attack landed inside the left sideline. Mollie Roberts answered with a kill as Portageville thwarted match-point No. 2, but Alicia Luna’s kill put the Lions back in front. An attack that landed long finished the match.