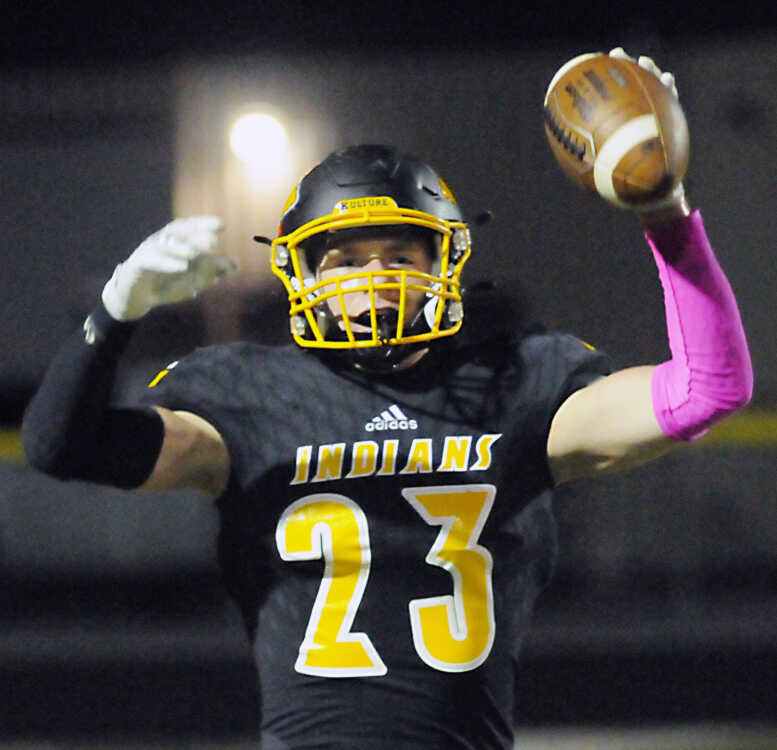 KENNETT - The Kennett Indians football squad found itself in an unfamiliar position at halftime against the New Madrid County Central Eagles Friday. 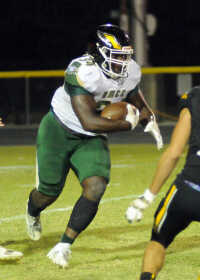 For the first time this season, the Indians needed to put together a strong second half after NMCC closed out the first half with a pair of touchdowns to trim the Indians’ early 21-0 lead to 21-13.

The Indians played well enough in the second half to escape with a win. Kennett outscored NMCC 22-12 after halftime to secure a 43-25 home victory on Homecoming Night at Metz Cherry Stadium.

“We really didn’t want things to get that close but it will probably help us in the long run,” Kennett football coach Joel Wyatt said. “We had a great start and it kind of looked like things weren’t going to be too difficult. But credit New Madrid for not giving up early. They just kept playing and for a stretch, they were the most physical team tonight.”

NMCC got as close as two points on its second drive of the second half when Quazavion Jackson ran 16 yards for a touchdown with 3:03 left in the third quarter to cut Kennett’s lead to 21-19.

“I’m really proud of our guys,” NMCC coach Tyler Fullhart said. “They played well and conducted themselves the right way. They stayed together all night. The message throughout the week was for them to stay together and play for each other on the field and they did that tonight. Kennett is a great team and I’m really proud of our guys for finding a way to compete against them.”

The Kennett defense protected its slim lead when it prevented NMCC from tying things up as it failed to convert a two-point conversion on a passing play to the end zone.

Kennett followed with a 59-yard touchdown drive that was capped off by a 34-yard touchdown run by Jordan Jarrett with 12 seconds left in the third quarter. A successful two-point conversion attempt padded its lead back to 29-19.

NMCC pushed the ball into the red zone again on its next drive but Jake Stewart halted things when he intercepted a pass near the Indians' own 10-yard line.

“Big pick by Stewart to end the drive,” Wyatt said.

Kennett followed with an 82-yard drive capped off by a 16-yard touchdown run by Bodey Ellis with 4:05 left in the fourth quarter to pad its lead to 36-19.

NMCC responded on the very next play when Shamar Williams returned a kickoff over 80 yards for a touchdown to trim the deficit to 36-25 with 3:52 left.

But NMCC never got a chance to get closer as Kennett scored again on its next drive when Jarrett ran for his fourth touchdown of the game to set the final score with 2:00 left.

“Jarrett was a workhorse tonight,” Wyatt said. “He ran like a man. He got his pads down and had to run it between the tackles tonight.”

Kennett scored touchdowns on its first three drives of the game to build a 21-0 lead by the 4:45 mark of the first quarter. Jarrett, who carried the ball 12 times for 72 yards in the first half, had touchdown runs of 14 yards and one yard to account for the Indians’ first two scores. Tanner Duncan caught a 19-yard pass from Ellis for Kennett’s other first-quarter score.

NMCC finally got on the scoreboard on its third drive of the game after it turned the ball over on downs on its first drive and punted on its second drive. Quarterback Matt Riley threw a 47-yard touchdown pass to Ken King with 1:09 left in the first quarter to cut Kennett’s lead to 21-7.

Kennett failed to score on its two second-quarter drives.

NMCC got good field position late in the first half when the Indians turned the ball over on its own six-yard line with less than 30 seconds left in the second quarter. The Eagles capitalized on the good field position two plays later when Jackson, who finished the first half with a dozen carries for 84 yards, ran two yards for a touchdown with 12 seconds left in the second quarter.

“Great response by our guys in the second quarter,” Fullhart said. “You never want to fall behind 21-0 but I’m proud of the way our guys played after that."

Jarrett paced Kennett with 26 carries for more than 200 yards unofficially.

Ellis had nine carries for more than 90 yards and completed five of seven passes for 73 yards.

Jackson had 21 carries for about 100 yards. He scored two touchdowns.

“We try to take what is there,” Fullhart said. “We’ve got good players on our team. We try to get them the ball and let them make plays.”

Kennett (6-0) visits Dexter next Friday. Dexter (1-4) had its game against Caruthersville canceled in Week 6.

“Right now my biggest concern is the health of our team,” Wyatt said. “We are not very healthy. We lost a right guard and wide receiver tonight and one of our running backs, Boatman, has an ankle injury. We’ve got to get heated up before we play a big rivalry game against Dexter. I’m excited to go there and see their new turf. I’ve seen their facility on film and it looks really nice.”

“We want to be the best,” Fullhart said. “To be the best you compete against the best. We are playing Hayti, Kennett, and Valle Catholic consecutive games. That’s three Top 5 teams in the state in a row. But we just look forward to the opportunity to compete with those teams.” 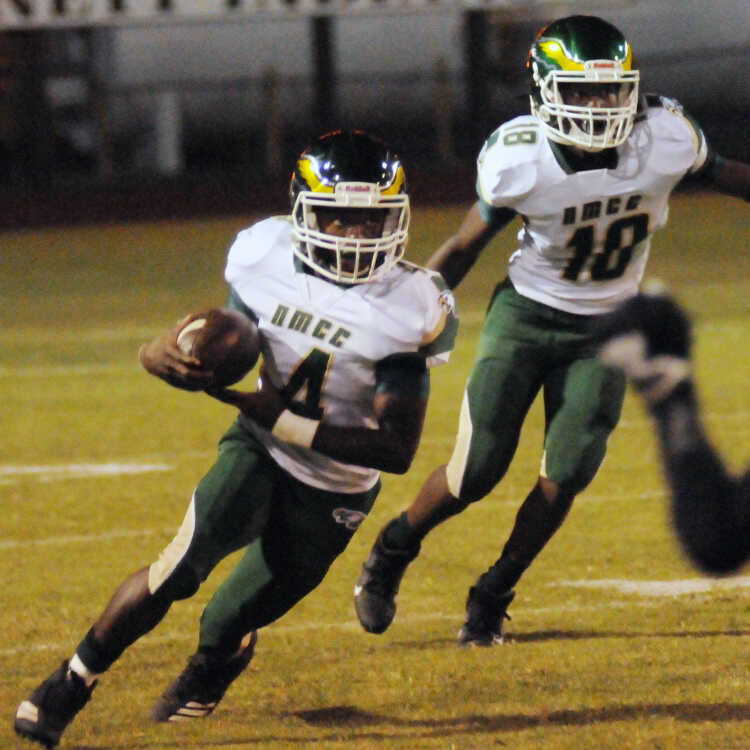