Kennett football team airs it out against East Prairie 51-6 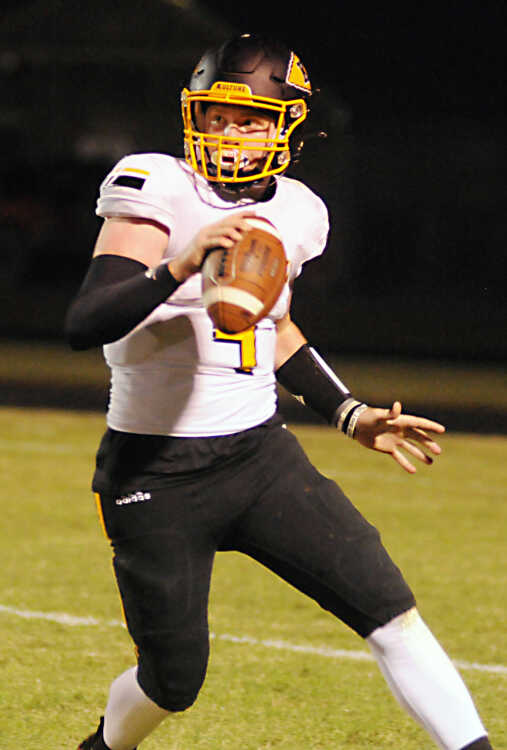 EAST PRAIRIE, - The Kennett Indians football squad had established itself as a run-first team in the first part of 2020, moving the ball on the ground more than in the air in each of its first four games. 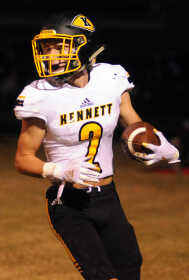 However, it quickly became apparent the Indians were going with a new game plan in its road contest Friday at East Prairie.

Two plays into the first quarter Kennett quarterback Bodey Ellis threw a 47-yard touchdown pass to Jake Stewart. The big passes kept coming the remainder of the first half as Ellis completed 10 of 13 passes for more than 240 yards, including five touchdown passes. The performance helped undefeated Kennett build a 44-6 lead by halftime on its way to a 51-6 victory.

“We thought and hoped they were going to play some cover zero like we saw them play on film,” Kennett football coach Joel Wyatt said of the air attack. “When you play that defense sometimes you lose your man on play action passes. Bodey found a way to execute tonight and connect with several guys.”

East Prairie moved the ball 23 times for more than 130 yards on the ground in the first half but struggled to find the end zone.

“Our guys competed,” East Prairie coach Chad Jamerson said. “Sometimes you just run into a team that is a little bit more talented. Kennett is a strong team that is well-coached and we knew that coming in.”

Jase Aycock ran 26 yards for a touchdown with 56 seconds left in the first half to get the Eagles on the board.

“Jase is a gamer,” Jamerson said. “He doesn’t come off the field very much. Tonight at one point he asked me to put the ball in his hands. We did that and he rewarded us for it. We’ve got a lot of kids that can do that and he stepped up tonight.”

“We needed to get a bunch of guys involved,” Wyatt said. “It was great to see Bodey spread the wealth and get everyone involved tonight.”

Kennett scored the only touchdown of the second half when Ellis ran nine yards with 22 seconds left in the third quarter. Ellis completed 10 of 14 passes for over 250 yards and ran the ball 10 times for more than 150 yards.

“We did not expect them to throw it that much,” Jamerson said. “That’s a testament to their coaching staff. They took what our defense gave them. We pride ourselves in taking away the run and were able to do that at times. But Bodey Ellis came out and played a great game all the way around. Credit Kennett for playing well tonight.”

“They will run a different kind of offense than what we saw tonight,” Wyatt said. “They will throw the ball and get Jackson his carries. They’ve also got another good back to go with him that ran over 100 yards a couple weeks ago.”

“We are not going to feel sorry for ourselves,” Jamerson said. “We are going to pull our boots up and tighten our straps and go back to work on Monday. We’ve got some things to fix. We want to win games. We are not just satisfied in coming out and being 3-2. We feel like we’ve got a lot of football left.” 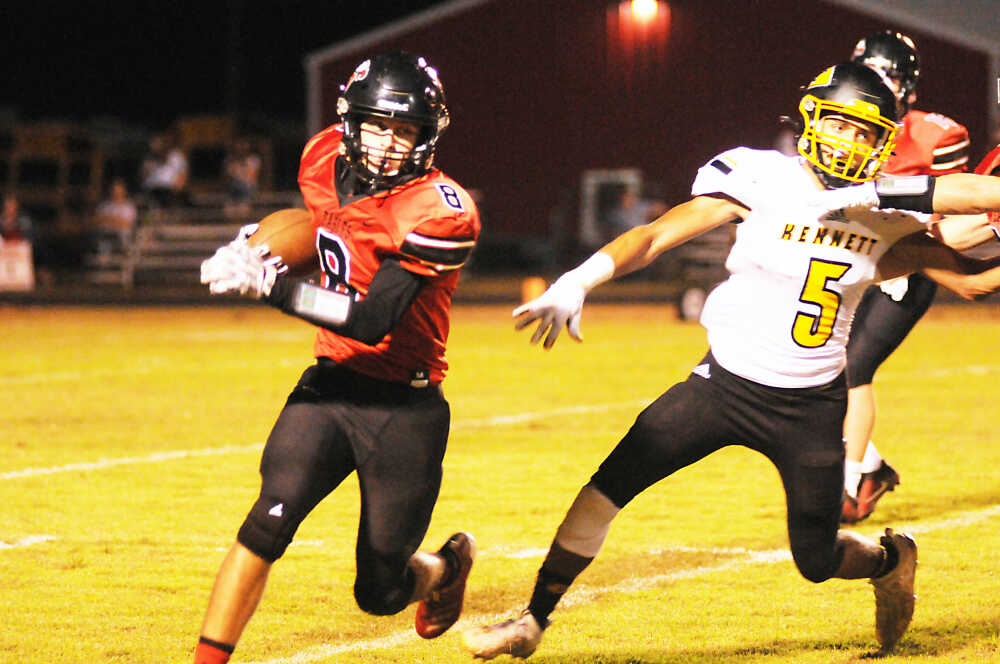 Photo by Dustin Ward, staff>
East Prairie’s Gaige Gifford (8) races past Kennett’s Jordan Jarrett Friday night.
Order this photo
Comments
View 1 comment
Note: The nature of the Internet makes it impractical for our staff to review every comment. Please note that those who post comments on this website may do so using a screen name, which may or may not reflect a website user's actual name. Readers should be careful not to assign comments to real people who may have names similar to screen names. Refrain from obscenity in your comments, and to keep discussions civil, don't say anything in a way your grandmother would be ashamed to read.
Respond to this story