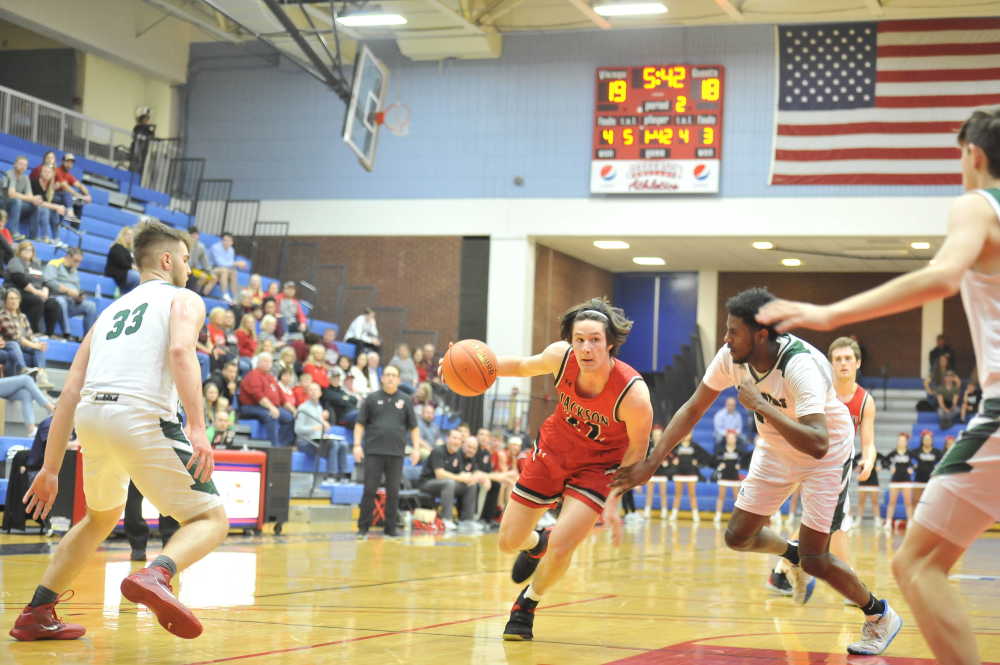 Jackson junior forward Nick Wasilewski drives to the basket while Mehlville defender Dylan Branson (33) is in help-side this past season during the Class 5 Sectional at Jefferson College in Hillsboro.
Tom Davis ~ Tdavis@semoball.com

New Southeast Missouri State men’s basketball coach Brad Korn added a couple more pieces to his first personnel puzzle Wednesday, as he hired Missouri Southern associate head coach Sam McMahon as an assistant, while on the floor, he received a verbal commitment from one of the more versatile, talented, and highly successful players in the state.

Mehlville senior Dylan Branson committed to the Redhawk program and is excited about his future in Cape Girardeau.

“Lately,” Branson said, “(SEMO’s) basketball team hasn’t been the best, obviously, but I want to go there and help turn things around.

“I think I’ll have the opportunity to make an impact. I’m looking forward to helping the team get on the winning track.”

That is precisely what the 6-foot-5 athlete did for Mehlville over the past three seasons.

In Branson’s freshman season, the Panthers struggled to a 9-14 record, which was their eighth consecutive losing season. However, over the next three years, Mehlville won 14, 23 and 22 games, including a pair of MSHSAA Class 5 District championships (the first since 1997) each of the past two seasons. That success came while playing a beast of a schedule.

“I think it is because of our competitiveness,” Branson said of his team’s success. “We are real competitive and we play hard. Obviously, we were a lot more talented than Mehlville has been in the past, but (success) came with hard work. 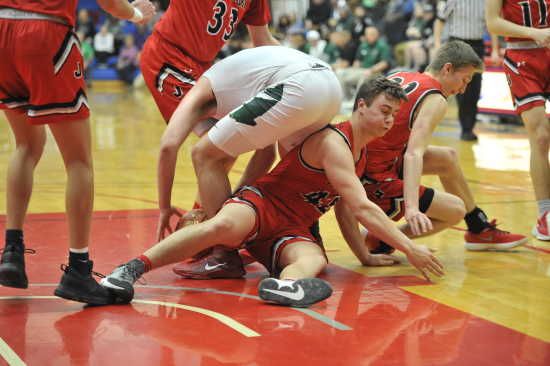 Jackson junior forward Rhet Liley gets tangled up with Mehlville defender Dylan Branson while going for a loose ball this past season during the Class 5 Sectional at Jefferson College in Hillsboro.
Tom Davis ~ Tdavis@semoball.com

Mehlville featured not just Branson, but also 7-foot post Davion Bradford (a Kansas State recruit), Lamontay Daugherty (Mineral Area), and King Waller (a very talented two-sport athlete). Branson’s versatility proved to be the cohesive factor in getting all of those pieces to work together.

He averaged 16 points, six rebounds, and six assists this season.

Branson was on Korn’s radar after the new Redhawks coach spent the past four seasons at Kansas State and the Wildcats were in pursuit of Bradford. But Southeast was already well aware of Branson because third-year Redhawk assistant Keith Pickens has been recruiting him for some time.

“I know coach Pickens pretty well,” Branson said. “He recruited me when the old coaching staff was there. I already knew coach Korn a little bit and he’s been great. He’s been real genuine with me. I could tell that he meant everything that he was saying.

“He seems excited for me to get down on campus and get some work in. I really think he is going to bring a winning attitude into the program.” 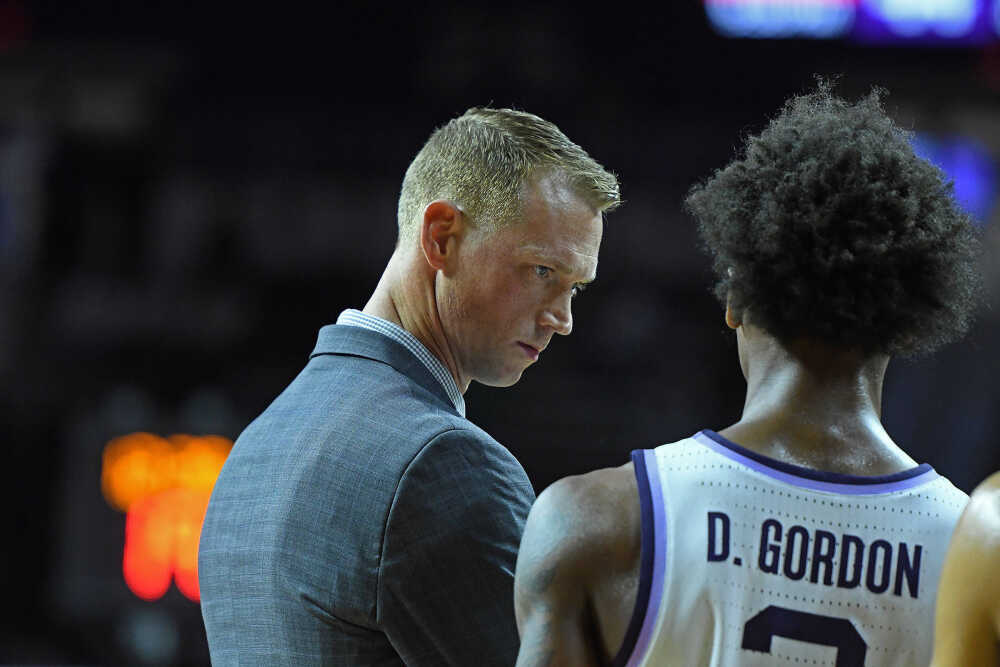 New SEMO coach Brad Korn is surrounding himself with winners
Tom Davis
The history of Southeast Missouri State men's basketball at the NCAA Division I level has been one of mostly mediocre to poor results (21 losing seasons in 29 years), with a handful of flashes of success sparingly sprinkled in. However, recently-hired Redhawk coach Brad Korn made clear from his first day that accepting a fate of non-success was...

Branson already has the size and strength (he’s 220 pounds) of a college athlete and that showed in his ability to play inside and out for the Panthers. He has the ability to fill multiple positions on the court.

Branson visited Cape Girardeau two years ago when he took part in the Redhawks’ Elite Camp, but he said the recruiting process was a bit odd this spring.

“With the virus stuff going on,” Branson said, “it made it a little bit harder to make a decision. I couldn’t meet with coaches face to face (and) I couldn’t take visits. Ultimately, it was just having conversations with people over the phone. It was hard, but I think that I made a good decision.”

Branson chose Southeast over the University of Idaho, among others.

The Redhawks have 10 athletes on scholarship for the 2020-21 season, with three remaining openings.