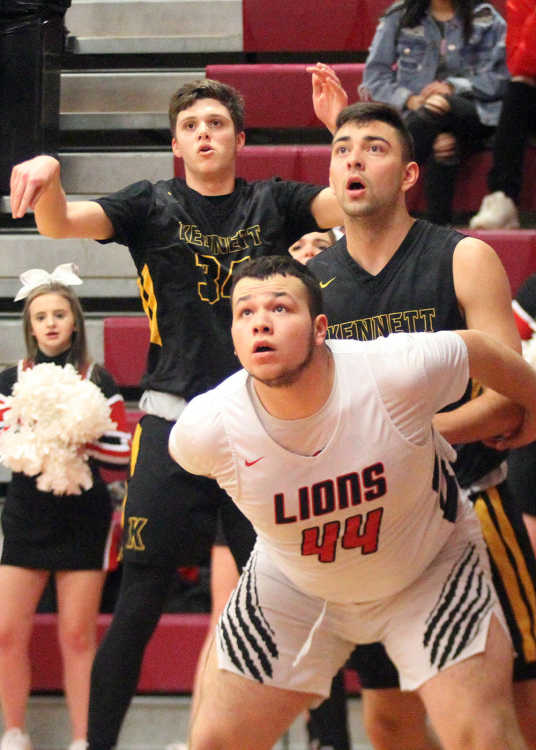 “We talked before the game about how well Kennett moves the basketball,” Clark said. “They are are a good shooting team that’s also good on the glass. We were worried about their shooting and rebounding ability coming into the game and their shooters came out hot tonight.”

Kennett knocked down eight of its dozen 3-pointers in the first half as it built a 19-6 lead by the end of the first quarter and increased its lead to 36-22 halftime.

The Lions got as close as 10 midway into the fourth quarter before Kennett padded its lead back to 73-55 by the time the final buzzer sounded.

“I was a little disappointed with our defensive concepts tonight even though we were up 14 at halftime,” Kennett coach Andrew Halford said. “But we did shoot the ball very well on offense. It’s always nice to get that going. We’ve been shooting it pretty well from the perimeter but sometimes we are a little too reliant on it and need to find more ways to get the ball down low.”

Kennett enjoyed a 60-40 lead early in the fourth quarter before Senath-Hornersville put together a 12-2 run to get as close as 62-52 with 3:30 remaining in regulation.

“Senath is a good team and Corbin does a good job with them,” Halford said. "They play extremely hard and run a lot of good action on offense. They get downhill and get the ball in the paint. Isai Lopez is a force inside with a big body and good hands.”

Sophomore Ben McMullan set the tone early for the Indians’ offense. McMullan, who hit four 3-pointers, scored all of his team-high 23 points before halftime.

Junior Kobe Gates and senior Jackson Henfling heated up for the Indians after halftime. Gates, who hit six 3-pointers, scored 16 of his 22 points in the second half. Henfling added 17 of his 21 points after halftime.

"McMullan had 23 points in the first half and we tried to make an adjustment to stop him at halftime,” Clark said. “We held him scoreless the second half but then two other guys ended up scoring over 20. Kennett is tough to defend because they are so balanced offensively. They’ve got a lot of weapons and they are a tough matchup for us.”

Parker Rhew also displayed a hot hand throughout for the Lions. The senior guard scored nine points in the first half and 14 points in the second half to finish with 23 points.

Sophomore Knolan Hunter heated up after halftime. Hunter hit six of his seven 2-pointers in the second half to finish with 16 points.

“I thought our guards were effective tonight,” Clark said. “Parker was excellent and Knolan played one of his better games. I thought Kennett had trouble stopping those two guys. It’s unfortunate we got behind so much early because as good as Kennett is I thought we competed well with them after the first quarter."

Senath-Hornersville (12-11) returns to action Feb. 18 when it visits Gideon. The Lions’ final regular-season game is Feb. 20 when it hosts North Pemiscot.

“Playing Kennett should be good preparation for the rest of the season,” Clark said. “I think Kennett has a shot to win their district, which is a strong one just like ours. Hopefully, we can pick up a win or two moving forward and go into the district with some momentum.”

“It should be an exciting atmosphere at our place,” Halford said. “It’s our last SEMO Conference game and it’s a big one because if we can find a way to beat Dexter we will finish .500 in the conference for the year. That would be a big accomplishment for this program to go 4-4 in this conference in regular-season play.” 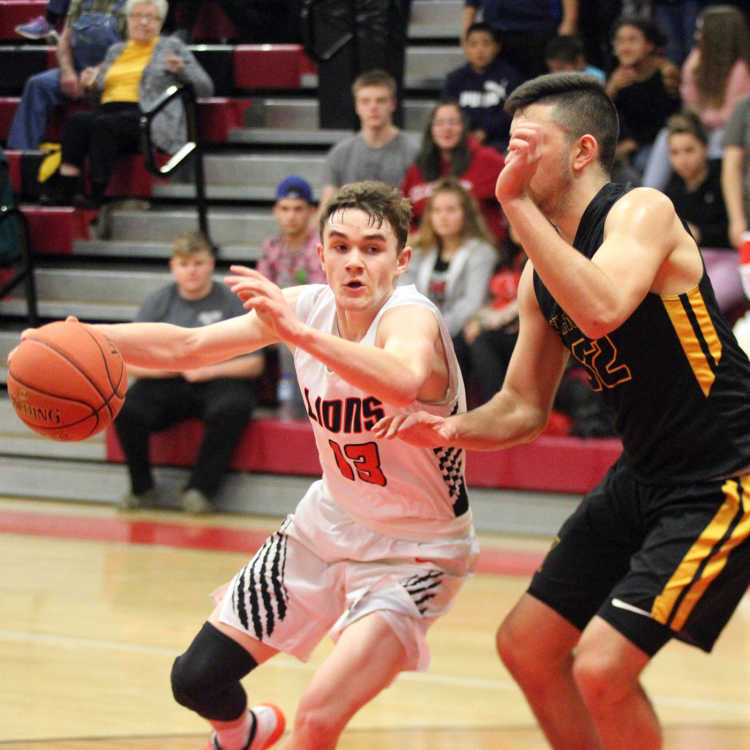