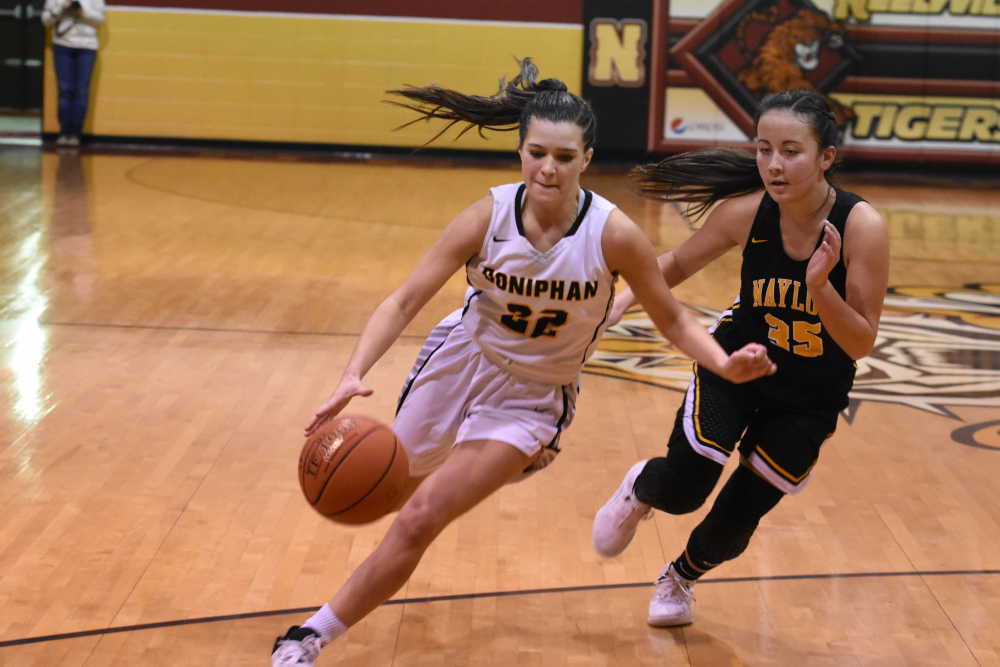 NEELYVILLE — The Donettes held Naylor to 10 points in the first half and prevented a second-half comeback to win 50-36 Monday to advance to the OFC Tournament finals for the second year in a row.

“We’re that good of a defensive team in my opinion,” Doniphan coach Adam Epps said. “We’re going to play good teams that are going to score some points and teams get hot, but I think we did a really good job of keeping them in front.”

Doniphan (17-6) will face top-seeded Neelyville in the finals at 7 p.m. Friday at the Libla Family Sports Complex. The Tigers beat Doniphan 63-43 in last year’s OFC championship. It will be the third meeting this season between these two teams, with Neelyville winning by nine points both times.

With a dominant defense in the first half, second-seeded Doniphan led by 17 points at halftime but had that cut to as little as 11 in the third quarter after scoring just four points through the first 6 minutes.

“It is hard to beat a good team three times,” Epps said. “They guarded the heck out of us and we didn’t score and they went on a little run, but we have a good group of leaders.”

Bailey Carson scored with a minute left to put Doniphan ahead by 13 heading into the fourth quarter.

Emily Ederer had 15 points to lead Doniphan, which beat Naylor by two points in their previous meeting. Olivia Cruetz finished with 10. Both Ederer and Cruetz had one point the last time they played Naylor.