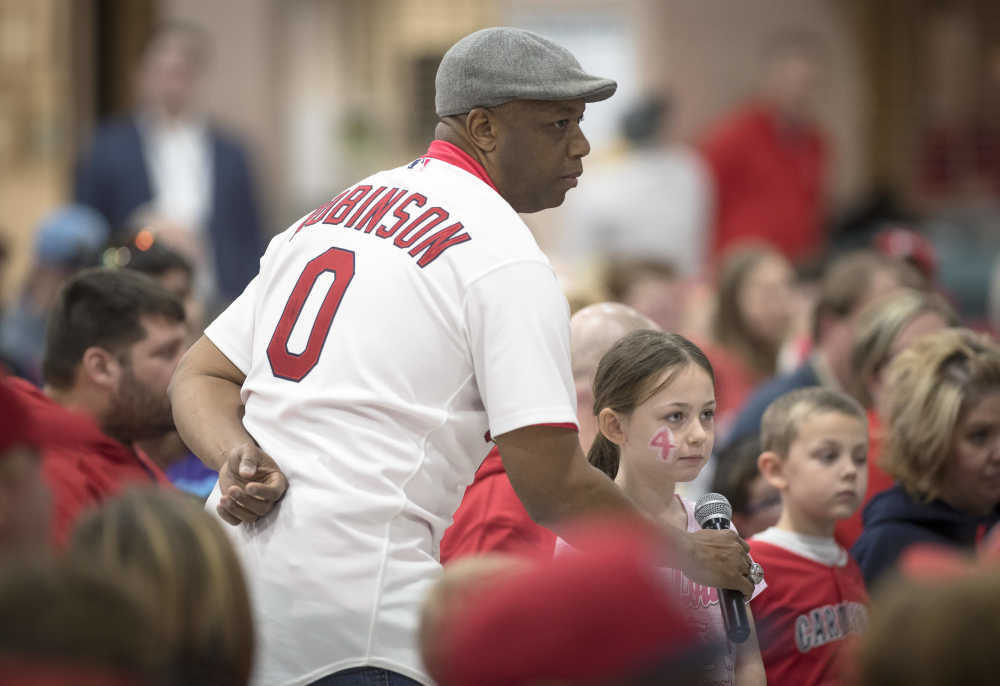 In the Tom Hanks film, “A League of Their Own” (1992), Tom Hanks, a washed-up major leaguer coaching a woman’s team during World War II, confronts a weeping ballplayer.

“Are you crying?” Hanks asks.

“There’s no crying in baseball!”

Maybe not, Mr. Hanks, but in real life, there sure is cheating in the most leisurely of all professional sports.

In the ‘80s, Pete Rose, the majors’ all-time hits leader, was banned for life for gambling on the sport.

In the ‘90s, the cocaine trials in Pittsburgh brought unwanted attention to a sport which got its professional start in 1876.

In the ‘00s, allegations of steroid use tainted the accomplishments of several high-profile players, including St. Louis’ Mark McGwire.

The latest impropriety involves outright theft of what a company might term as “intellectual property.”

To wit – the on-field signs players and coaches devise to communicate with teammates.

It is not often that you read a sports story where the words “video camera” and “banging on a trash can” occupy the same sentence – the latter a reference to the way an opponent’s stolen signs are communicated.

In the 2020 run-up to spring training, three managers have lost their jobs due to the sign-stealing scandal – A.J. Hinch of the Astros, Joey Cora of the Red Sox and before he’d ever skippered a single game at the big league level, Carlos Bertran of the Mets.

At Monday’s Cardinals Caravan at the Osage Center, fans and ballplayers alike weighed in with their opinions.

“(The scandal) raises my faith in the Cardinals,” Lana Kneezoe, 36, of Cape Girardeau, said, “because I know (our team) will never do that.”

Kneezoe professes belief in the “Cardinal Way,” the baseball philosophy codified by the late George Kessel, who spent 70 years with the Redbirds in one capacity or another until his death in 2008.

Cardinal minor leaguers receive an 86-page handbook outlining – among other things – the values expected from a man who wears a uniform connected to the Birds on the Bat.

Ballplayers, present and past, chip in

Andrew Knizner, Cardinals catching prospect, is fully in accord with those fans.

“I would never cheat on the game,” the 24-year old Virginia native said. “No one should compromise the values and traditions of America’s pastime.”

Kerry Robinson, former reserve outfielder for the Cardinals and a 1996 Southeast Missouri graduate, said sign stealing has always been part of baseball but there are limits.

“You can’t use electronics or technology to share (stolen signs) with your team,” said Robinson, 46.

“Those people who got in trouble for it deserved punishment.”

Robinson, who played four seasons with the Redbirds during the steroid era, is now a St. Louis-based scout for the team.

Robinson, who holds a career .267 batting average in the majors with five teams before retiring in 2006, says his wife had an insightful take on the scandal.

“She said it seems everybody cheats and keeps making money,” Robinson said, “but I stayed clean and don’t make a lot.”

“Sign stealing like this crosses the line,” said the 24-year old Canadian. “It’s not cool, it’s crazy, even, and it’s just a lack of integrity.”

In the latest wrinkle to the unfolding scandal, the Los Angeles City Council voted Tuesday to ask Major League Baseball to remove the 2017 and 2018 World Series titles from the Houston Astros and Boston Red Sox, respectively, and award the championships to the Dodgers.

In a public statement after the resolution’s approval, the council admitted the vote is purely symbolic but “cheating “should not be the new normal (and) sign stealing is unacceptable.”