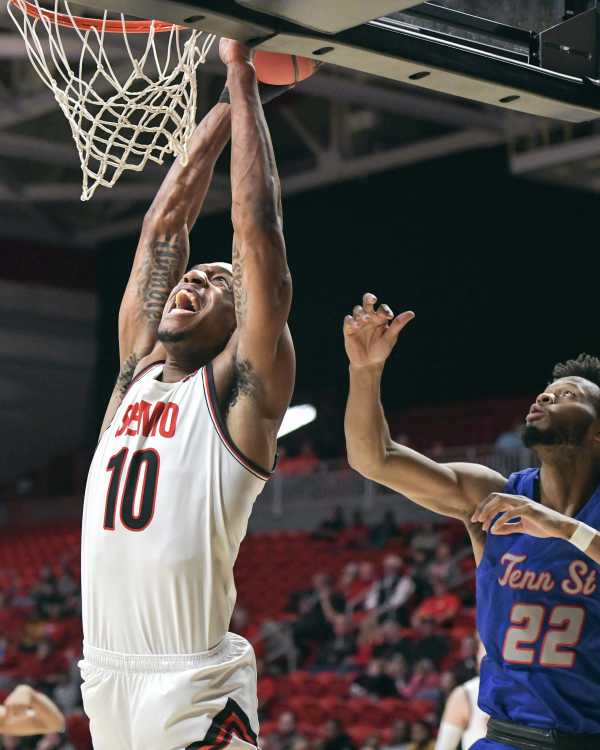 Southeast Missouri State senior center Quatarrius Wilson (10) grimaces on his way to the hoop against Tennessee State Saturday at the Show Me Center.
Tyler Graef ~ Southeast Missourian
Order this photo

“Our conference is about setting yourself up to be successful in the (Ohio Valley Conference) Tournament.”

The above quote was by veteran Southeast Missouri State men’s basketball coach Rick Ray last month before his team had embarked in league play.

Fast-forward to today and it is prophetic in that Ray’s team isn’t doing what he said needed to be done.

The Redhawks (4-13, 0-4 OVC) will host league co-leader Austin Peay (10-7, 4-0) tonight at 7:15 p.m. and Ray’s group is desperate for a victory if it has any hopes of not falling further behind in its quest to set itself up “to be successful in the (Ohio Valley Conference) Tournament.”

Eight teams qualify each March for the OVC Tournament and Southeast is already two games behind seventh-place Jacksonville State and is one of five teams battling for the remaining spot.

The Redhawks join Eastern Illinois and Tennessee Tech as the teams without a conference win, while UT Martin and SIUE have each won a game.

Here are some keys to pulling off an upset of the Governors:

Southeast has already lost – badly – to the Governors two weeks ago, 78-63. In that defeat, Austin Peay pounded the Redhawks on the glass (41-21).

The Governors are the second-best team in the league in rebounding margin (plus-six) and are the best team in limiting opponents to 30 rebounds per game on average.

Conversely, Southeast is last in rebounding margin (minus-8.7), rebounding (26.5 per game), and defensive rebounding percentage (62.7 percent).

Southeast has been hurt in this regard by the absence of junior center Darrious Agnew, who remains out indefinitely with a knee injury. 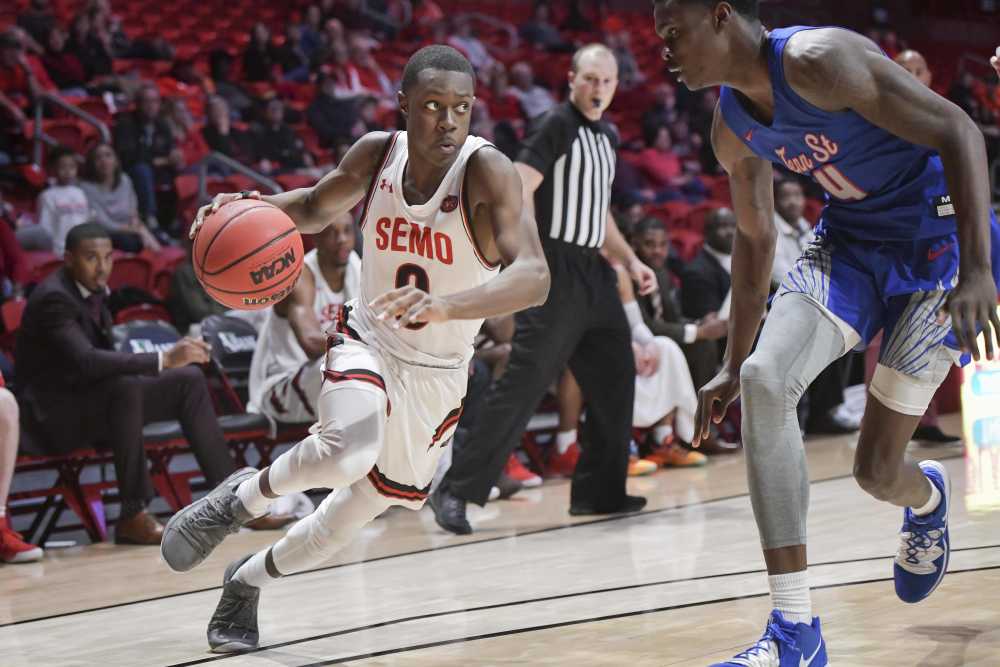 Column: SEMO hoops shows it cares, but it takes more than that for success
Tom Davis
Let's start with this: The Southeast Missouri State men's basketball team has not quit on this season. That much was obvious in Saturday's 75-73 loss at the Show Me Center to Tennessee State.

Ray has lamented the fact that his team struggles to defend because of its offensive ineptitude for long stretches.

That isn’t disputable, but this team needs to find a way to fight through any mental malaise because that is costing it games.

“Our guys are so focused in on how can they help us win on the offensive end,” Ray said after his team fell 75-73 to Tennessee State Saturday, “but the truth of the matter is, if you get a couple of stops and get a defensive rebound there at the end, you win that ball game.”

The Redhawks are dead last in field goal percentage defense in the 12-team league, as they have allowed opponents to connect at a 54.4 percent rate. No other team has allowed more than 49 percent.

Austin Peay shot 49.1 percent overall in the earlier win and forced the Redhawks to commit 20 fouls (versus 13 for the hosts), as the Governors outshot Southeast 18-10 at the free-throw line. 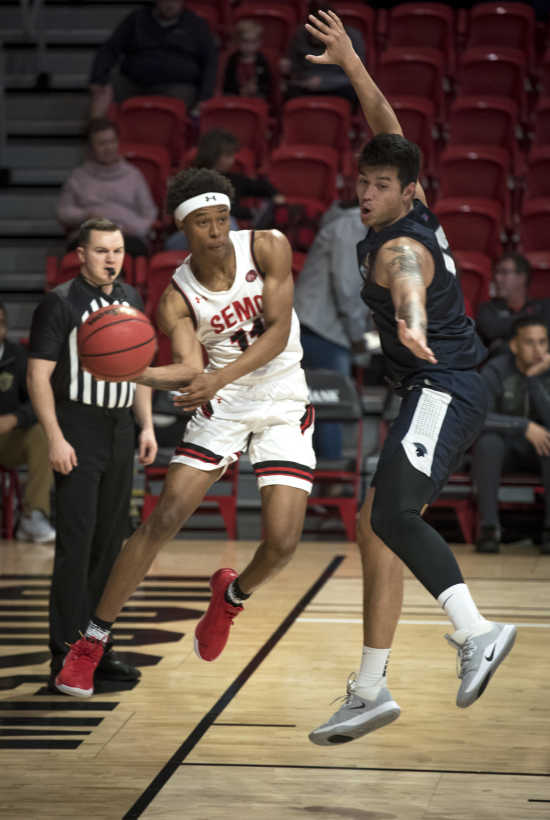 Southeast isn’t offensively gifted enough to simply create baskets individually. It is going to have to use spacing and movement (by both the players and the ball) to generate points in the half-court.

Southeast has only had a positive assist-to-turnover ratio against Division I competition twice this season.

Southeast has been solid in terms of turnovers (third-best in the OVC), but without assisting for makes (and the anemic offense leads to this), it has little chance for success.