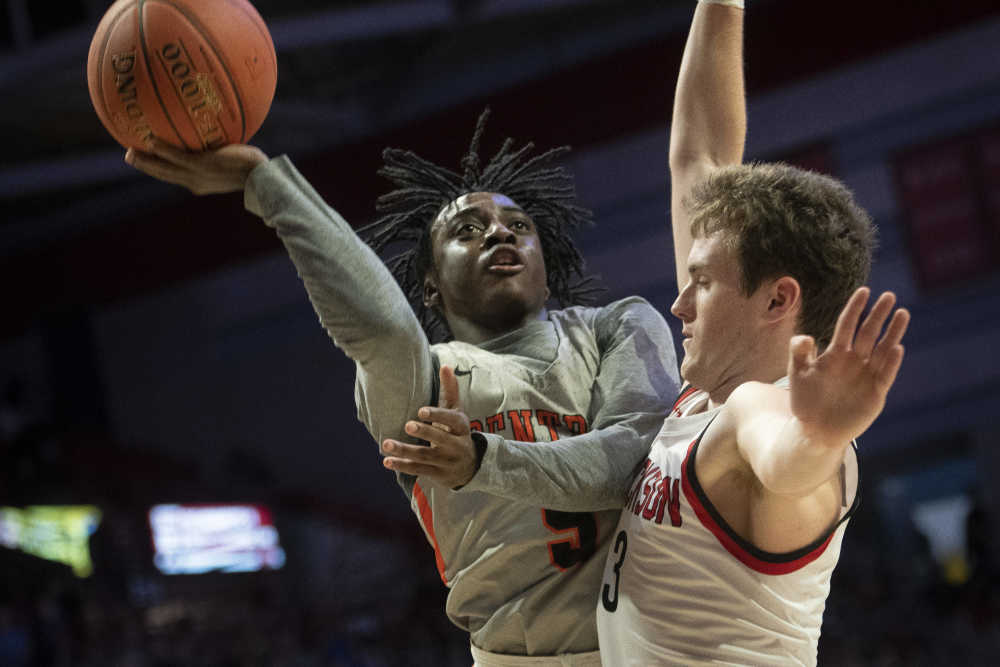 To hear Cape Girardeau Central coach Drew Church tell it, he was very interested to see how his Tigers would play in Monday’s third-place game after they encountered their first loss of the season in the semifinals two days earlier.

The truth is - they played very well, scoring a going-away win over county rival Jackson, 58-39.

"We came out flat against Notre Dame (Saturday night)," said Church, "and of course, the (Bulldogs) played well, but I wanted to see how my team would respond today to that loss."

Jackson got off to a 5-0 lead to begin the contest and led 14-13 at the end of eight minutes but it was all Tiger basketball thereafter.

Central built a 33-23 lead at intermission and expanded that lead nearly double by game's end.

Doreante' Tucker led the Tigers with 19, including two 3s, but the real story is Tyrus Reddin.

The shortest player on the court by five inches, the 5-foot-4 Reddin was all over the court, leading fastbreaks, contesting under the basket and driving furiously into the post.

"You know, Tyrus didn't shoot it all that well tonight," said Church, "but he's our general."

"He's done the things we need him to do all four years - and made his mark tonight."

Reddin, a senior, had 15 points for the winners, the only other Tiger in double figures for Church's 10-1 squad.

For the losing Indians, no player was in double figures.

Rhet Liley came off the bench to add seven for the Tribe (8-4).

Starter Luke Reynolds did not play for Jackson. He was listed as out due to a violation of team rules. No further elaboration was provided postgame.

A year ago, Central beat Jackson to win the 2018 championship. The Tigers had won this tourney two years in a row, beating this year's champ, Charleston, in 2017. It is the Blue Jays' first Christmas Tournament win since 2016.