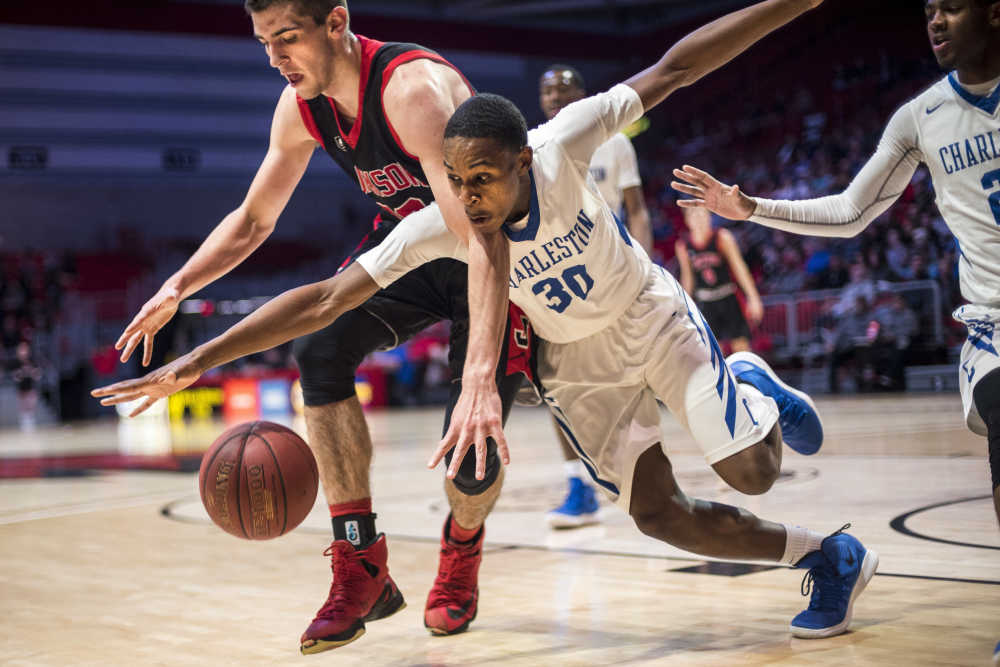 Then-Charleston junior Brian Visor (30) dives for the ball as Jackson's Dalton Tollison (22) tries to secure the rebound during a semifinal matchup at the Southeast Missourian Christmas Tournament last season at the Show Me Center.
Tyler Graef ~ Southeast Missourian
Order this photo

Editor’s note: This is the first in a series of articles leading up to the Southeast Missourian Christmas Tournament on Dec. 26.

The 75th annual Southeast Missourian Christmas Tournament will get underway Dec. 26 at the Show Me Center and consist of 34 games being played over the course of four days (no games will be played Dec. 29).

Each day leading up to Dec. 26 in the Southeast Missourian print edition, we will look at one of the opening day match-ups.

Braves coach Timothy Carlisle on his team: “We lost three seniors right before the season started, one for behavioral, one for medical, and one moved away.

We lost to Advance by 40 and Chaffee by 19, it was not a good start. I am going to move some (junior varsity) players up for the (Christmas Tournament), one good guard and a sophomore, who is 6-4.

Offensively, we move the ball around when we’re not trying to play 1-on-5. Defensively, we play a basic 2-3 zone. That is what we’re doing now. If we go too in-depth with them, they’ll lose it.

We are young. We have no starters from last year.

Blue Jays coach Danny Farmer on his team: I have my three leading scorers coming back (and) five of my top six players from last year.

I have about seven seniors. We’ve been playing pretty well.

Something to know: Charleston bounced back from its first loss (a 52-51 defeat to Sikeston in the SEMO Conference Tournament at Sikeston) with an 81-63 thumping of a 4-2 Kennett squad. 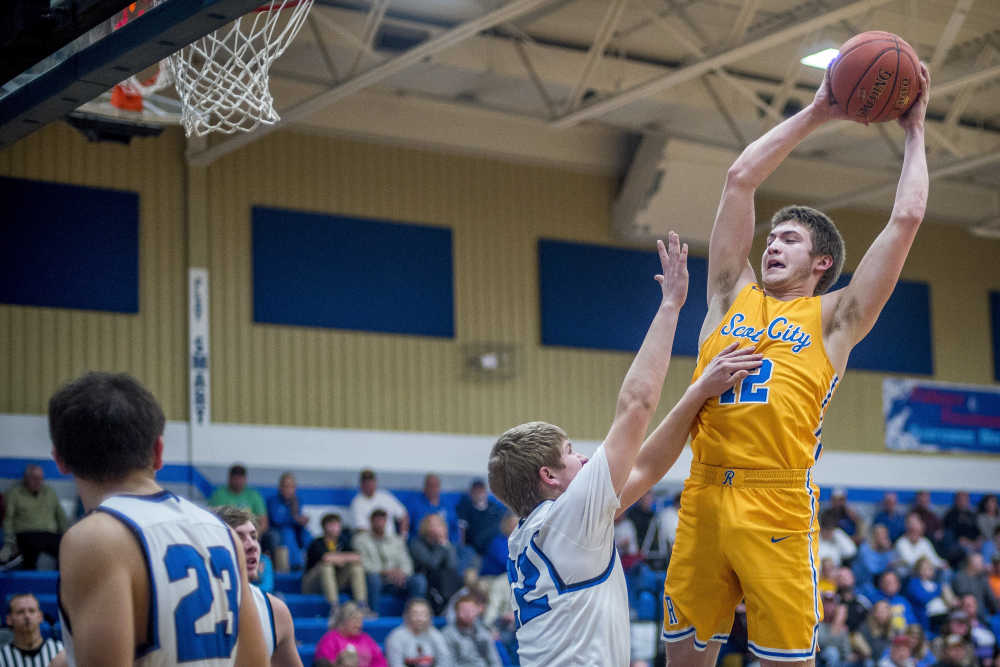 Scott City hoops in familiar spot for Christmas Tournament
Tom Davis
It's been four years since Scott City and Kelly matched up in their opening boy's basketball games of the Southeast Missourian Christmas Tournament.
Comments
View 4 comments
Note: The nature of the Internet makes it impractical for our staff to review every comment. Please note that those who post comments on this website may do so using a screen name, which may or may not reflect a website user's actual name. Readers should be careful not to assign comments to real people who may have names similar to screen names. Refrain from obscenity in your comments, and to keep discussions civil, don't say anything in a way your grandmother would be ashamed to read.
Respond to this story