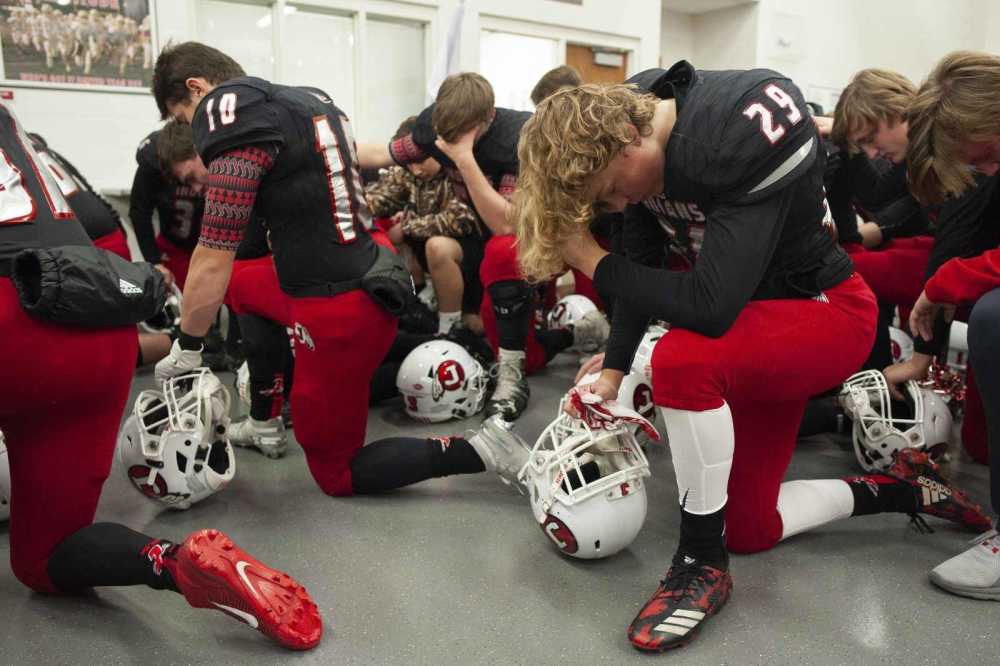 Jackson's Brandon Hon (29) bows his head during a group prayer before the Indians' 29-14 victory over Eureka in the MSHSAA Class 5 state quarterfinals last month in Jackson.
Jacob Wiegand ~ Southeast Missourian
Order this photo

For 10 seasons now, Chris Collier has been offering an on-the-field invocation for the Jackson Indians football team.

Before each game and after, Collier, 51, kneels with the boys and offers a spontaneous intercessory prayer.

“I get input from the boys, from what they tell me,” said Collier.

Collier is a youth specialist with the Missouri Division of Youth Services, working with at-risk students.

“I listen, share, (try to be) a role model and give encouragement,” said Collier, who adds that no spotlight should shine on him for his efforts.

“It’s not me, I’m just a small vessel,” Collier said, “and God opened the door” to his involvement with the Tribe.

Collier, who describes himself as nondenominational, is sometimes referred to as team chaplain.

“I’m not a chaplain or a pastor,” said Collier, “I’m just there to be a role model.”

Indians coach Brent Eckley calls Collier a “servant,” praising Chris and his wife Marilyn for their faithful support of the team and of Jackson.

“(Hitt) went to a coaching clinic over in Southern Illinois,” Collier explains. “There was a chaplain module at the clinic and Hitt brought the idea home to Jackson.”

Hitt’s idea, Collier recalled, was to create a designated spiritual leader to take some pressure off the head coach.

“(Jeff and) I see our role as being examples,” Collier said, adding it can be tough today to find good ones. 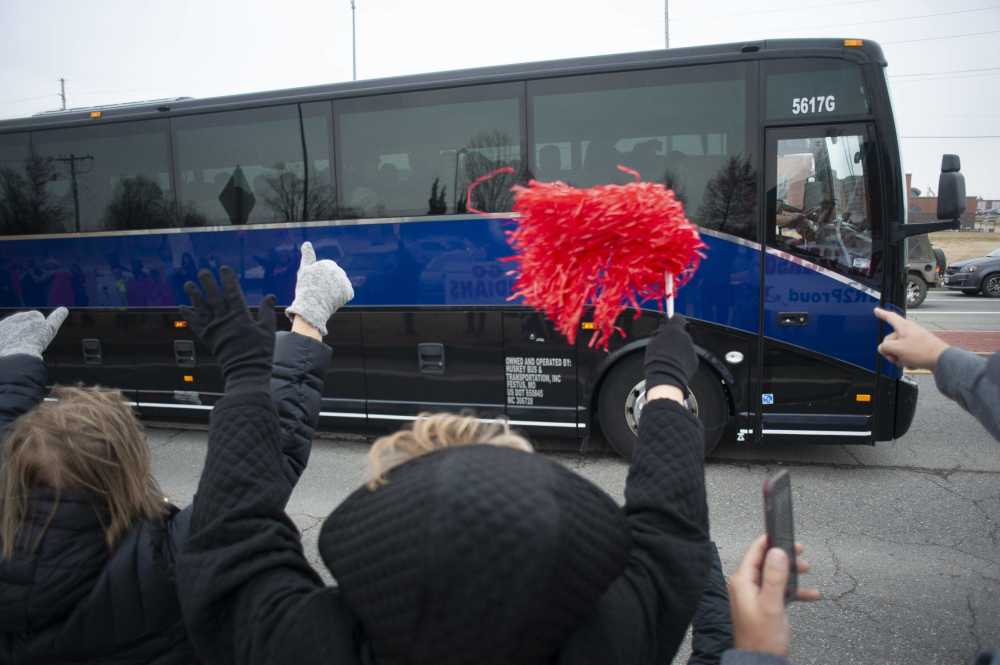 Jackson community has a love of its Indian football program, coach
Jeff Long
Jackson is abuzz with talk of the hometown Indians.

When Hitt resigned in 2011, Collier approached Eckley to ask if the then-new coach wanted him to continue.

“If anything,” Collier said, “(Eckley) added to our responsibilities” with the team.

In addition to prayers on game days, Collier makes himself available, if requested, to any member of the Indians.

The last couple of weeks have seen the boys singing arguably the best-known song of the Christian faith, “Amazing Grace.”

Collier explains that at the Friday gathering before the Eureka game, he asked the boys if they’d join him in singing the 18th century composition written by a former British slaveholder, John Newton.

After the 29-14 win over the Wildcats, the players asked Collier to lead them in the song.

A week later, they invited him to do it again, after the 20-7 victory over Staley.

It has been said that victory has a thousand fathers but defeat is an orphan.

Losing a state title game, a result Jackson alumni can recall in both 1994 and 1995, will be a bitter pill if Jackson doesn’t prevail against the Carthage Tigers Saturday night.

Asked for the spiritual message he might offer in the event of a loss, Collier did not hesitate.

“(I will say) these things will happen in life — and when they do, we must stay strong and keep the faith.”