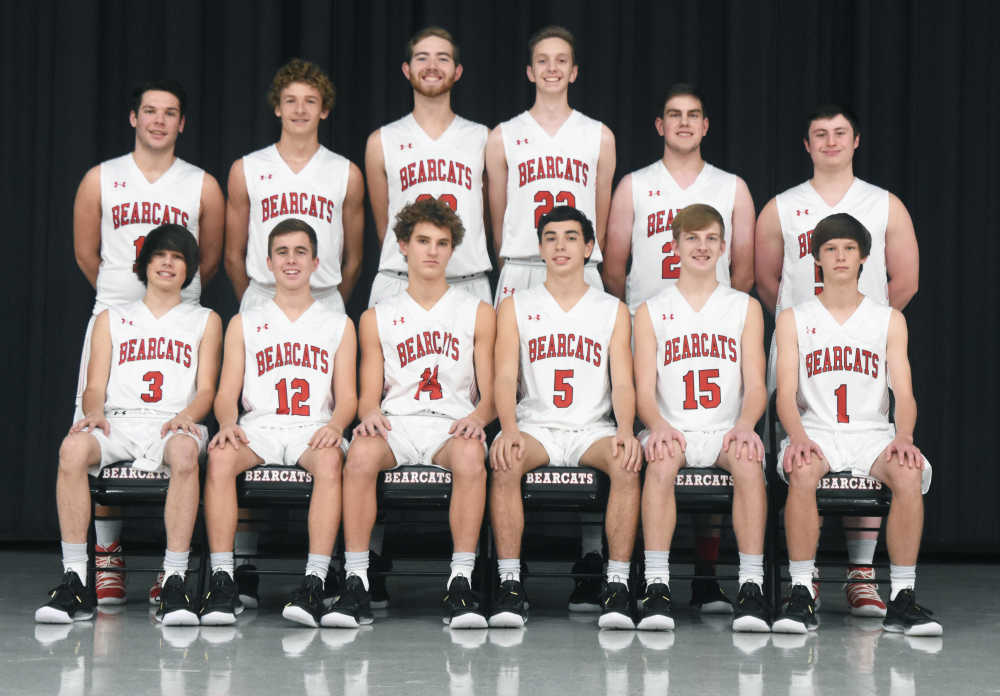 The Dexter boys basketball team will have a new look this season.

The Bearcats lost three starters from a team that went 15-12 and won both the SCAA tournament and regular-season championships.

Chad Allen, the longtime Dexter girls basketball coach, has taken the reins of the boys program and inherits a young team that features only two seniors, Garrett Henson and Logan Wyman.

Henson, a 6-foot-6 center, and junior Andrew Ellinghouse are the returning starters.

“We’ll have a lot of new faces out there,” Allen said. “We’ve got a good nucleus of juniors who are coming up that have had a lot of success in the past. Hopefully, those guys will come in and gel with the three guys we’ve got coming back that were on varsity last year. … Hopefully, we can make a good run toward the end of the year.”

“Having (Ellinghouse and Henson) back definitely helps us out while our kids who never had any varsity experience are getting out there and getting that playing time,” Allen said. “Hopefully, we’ll just continue to grow and get better.”

Ellinghouse averaged 11.4 points per game last season, despite missing seven games because of an injury. He scored a season-high 25 points against Bell City.

“Andrew’s definitely got some nice length,” Allen said. “He can step out and knock down a 3, but another thing Andrew can do well is take you off the dribble. He’s a great slasher.”

Henson averaged 11.6 points per game last season while operating in the paint. He scored a game-high 28 points in the Bearcats’ win over Bernie in the SCAA tournament championship game.

Ellinghouse and Henson are locked into the starting lineup, according to Allen, but Wyman will receive a lot of minutes if not among the starters.

“One thing about Logan Wyman, he’s looked good at the stretch four position. He’ll probably get the bulk of his minutes in that position,” Allen said. “(He) can step out and shoot and be a threat on the perimeter. Hopefully, he’ll keep getting better. A lot of them are going to be battling for minutes, so it’s going to be up to who keeps improving.”

The Bearcats’ early schedule is normally brutal with the SEMO Conference tournament and several conference games scheduled before the Bloomfield Christmas Tournament.

Making the task tougher, the Bearcats will not have a home game until Jan. 17 when they host SCAA rival Bernie. They will play six of their final eight games plus the SCAA tournament at the Bearcat Event Center.

“The SEMO Conference, it’s always extremely tough,” Allen said. “There are nine teams and I don’t think anyone’s an easy out. All nine teams are pretty competitive. I think every team will have to show up to play every night. It’s one of those things that anybody can beat anyone on a given night. It’s an extremely tough conference, probably the toughest conference in the state.”

The Bearcats will open SCAA play Dec. 16 at Richland. They carry a 22-game SCAA regular-season win streak into the season.

“Everybody else is battling for a position whether starting or coming off the bench,” Allen said. “We’ve got a lot of work to do. I think as the season goes along, we’ll definitely get better and better as our guys coming up get more experience. I think that’s going to be the whole key, getting the experience, and as the season goes along we’ll keep getting better and better.”

Dexter’s future looks bright because of a large freshman class that goes 14 players deep. Many will see action on the junior varsity squad, while the remainder will compete in eight freshman games.