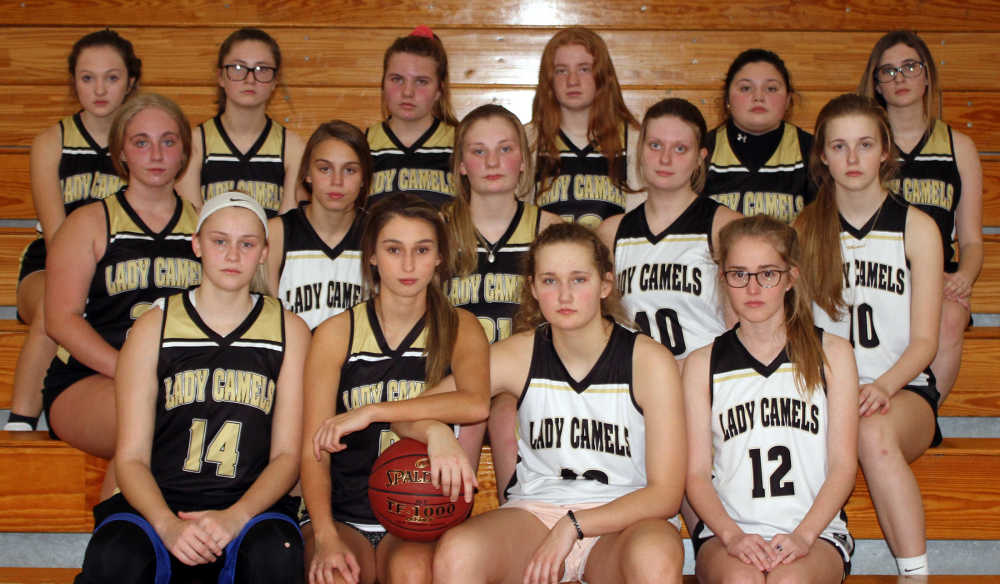 Numbers are on the rise for the Campbell Camels high school girls basketball program entering the 2019-20 season.

Campbell graduated four of the seven players on last season’s varsity squad that finished 15-10 but has a slew of newcomers on its roster.

Campbell has four seniors, two juniors, one sophomore, and nine freshmen on its high school roster.

“It will definitely help out to have a bench this season,” Foster said. “Last year when we did get beat many times it was because we were in foul trouble and didn’t have a bench. This year we have some girls that saw what we did last year and want to be a part of it. That’s very exciting.”

Senior guard Madisyn Townsend is the only returning starter off of last season’s squad.

“She was one of our guards last year,” Foster said. “She can shoot. She will help us out a great deal on offense and defense. She’s a leader that helps keep our team in check.”

Senior newcomer Gabrielle Nelson is expected to serve as the primary point guard this season.

“She moved in from Oklahoma,” Foster said. “She’s a really tall guard that can play the post as well. Her ball-handling skills will help us out dramatically. We are excited to add her to the team.”

“Lauren got some good minutes off the bench last year,” Foster said. “Offensively, she can come in and knock down shots. She has also picked up her intensity on defense.

“Adrionna came in and knocked down some big shots for us in the conference tournament last season,” Foster added. “She’s going to be a huge asset for us in the post.”

The two juniors on the squad - Hannah Littrell and Macy Hendrix - are highly enthusiastic about returning to the court.

“Our two juniors that didn’t play last year are back at it after taking a year off,” Foster said. "They are ready to go. They’ve stepped up their games and bought into what we are trying to do. They will help us out a ton as well.”

Campbell opens its season Dec. 2 at the Pattye Woody Classic at South Pemiscot High School in Steele, Missouri. Campbell will take on Senath-Hornersville in the first round of the tournament Dec. 2 at 6:15 p.m.

“It will be a good opportunity to see where we stand after finishing second at the tournament last season,” Foster said.