SEMO baseball to exhibit restored power in own 'Fall Classic' 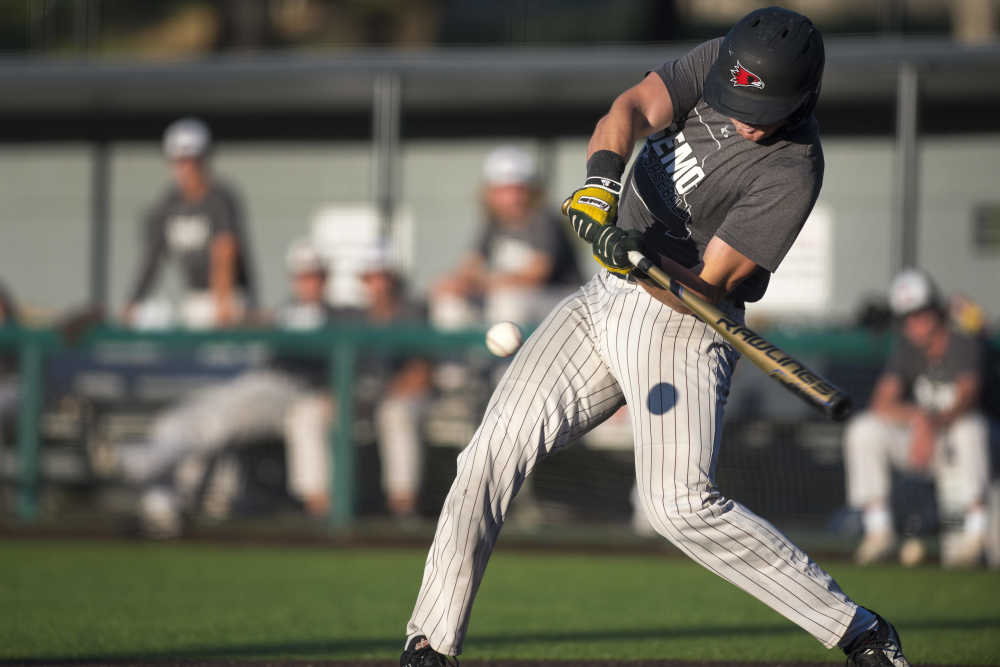 Fourth-year Southeast Missouri State baseball coach Andy Sawyers isn’t being overconfident as his team wraps up its fall portion of training. But he is confident in this: The Redhawks will hit for power better in 2020 than they did in 2019.

The Redhawks struggled in several areas last season, as Sawyers’ team finished 23-32 overall and 10-20 in Ohio Valley Conference play. However, there was a legitimate reason for that.

Southeast was besieged with injuries and at one point played a month with no left-handed bat in the lineup.

The Redhawks totaled just 11 home runs on the season, which was far and away the lowest amount in the conference (the next lowest was Belmont with 23 home runs).

One of those injured players was 2018 First Team All-OVC outfielder Justin Dirden.

As a junior in 2018, the Jefferson College transfer hit 16 home runs, which ranked fifth in the conference.

“We were super banged up,” Sawyers said. “That isn’t an excuse, we were bad offensively. I’m not trying to sugarcoat it. But the most important thing is getting our personnel back.”

To understand what Dirden means to the Redhawk lineup, Southeast recently scrimmaged Missouri Valley Conference program Evansville and pounded the Purple Aces 13-3. In that game, Dirden hit a pair of home runs.

“We need our good players on the field playing,” Sawyers said.

Not only does Dirden bring a threat to the batting order, but so does redshirt sophomore catcher Wade Stauss.

After hitting seven home runs in 2018, Stauss was limited to just 11 games last spring due to injury.

“I feel if those guys are out there,” Sawyers said, “then we are going to have a really good lineup.”

In a recent scrimmage against Jefferson College, Stauss had a pair of RBIs and a double.

“For us,” Sawyers said, “the challenge offensively isn’t so much those guys, but we are probably going to play at least one true freshman every day.”

One of those young players very well may be infielder Lincoln Andrews, who went 1-for-4 with a run scored and a walk against Jefferson College.

“In high school,” Sawyers said, “you’re probably going to face enough bad pitching to give a couple of at-bats away. Then you’ll probably get a homer and double in the last two and the day looks pretty good.

Against Evansville, Andrews hit a two-run single early to give his team a lead that it never relinquished.

Senior infielder Danny Wright had no home runs last season, and he too has been battling health issues throughout his career. However, Sawyers has faith in him after watching his work this fall.

“He is swinging the bat like he is healthy for the first time in a couple of years,” Sawyers said.

Another power source should be senior Austin Blazevic, who “was leading the league in RBIs before he went down,” according to Sawyers.

“All three of those guys (Dirden, Blazevic, and Stauss) are big, physical left-handed hitters,” Sawyers said.