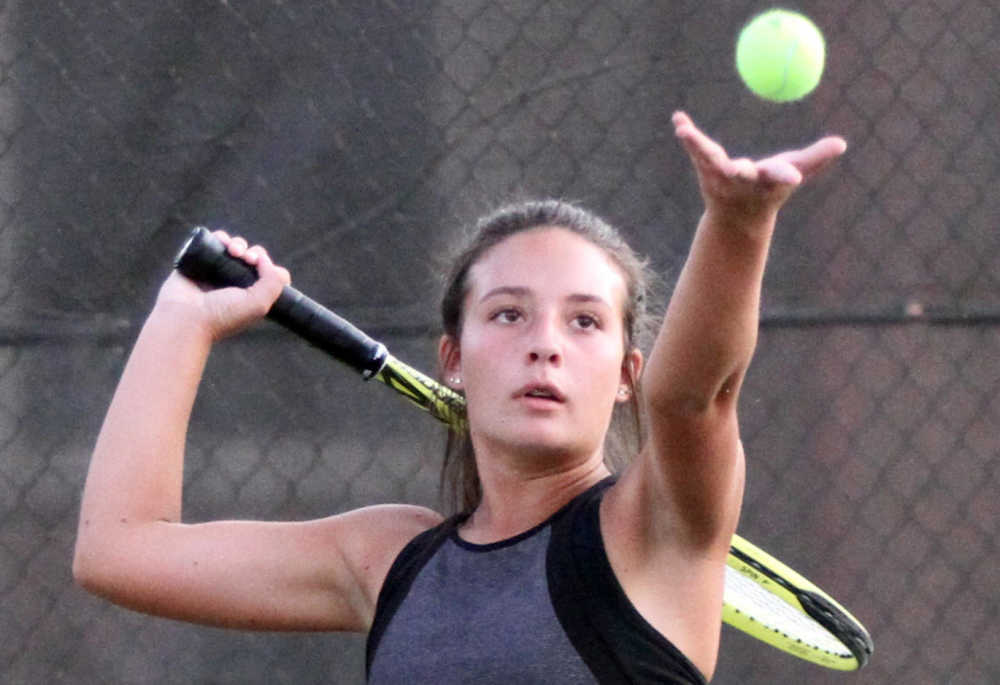 Kennett, which suffered an 8-1 loss to Notre Dame two weeks ago, managed to win two singles and two doubles matches in the second head-to-head meeting with undefeated Notre Dame.

“We had a much better effort today,” Kennett coach Janet Hilburn said. “All the girls were very tenacious and aggressive. I was very proud of the way we played. A win would have been great but I can tell we have improved a lot since the first match of the season against Notre Dame.”

CAMPBELL, Mo. - The Campbell Camels baseball team scored a run in the second, two runs in the fifth, and one run in the sixth as it beat the visiting Bernie Mules 4-0 Tuesday.

Skylar Morrison pitched a scoreless seventh inning for Campbell. He retired all three hitters he faced, striking out one.

Garrett Henderson finished 2 for 3 with a team-high two RBIs for Campbell. Luke Weidenbenner also collected an RBI for Campbell (8-1).

The South Pemiscot baseball team scored at least four runs in four of the five innings it batted as it won at Senath-Hornersville 17-2 in five innings Thursday.

Advanced responded with two runs in the bottom of the sixth inning but Cooter hung on for an 8-2 road victory.

Cooter No. 3 hitter Jacob Watkins finished 2 for 4 with a double and team-high four RBIs. No. 2 hitter Lane McLevain and No. 7 hitter Luke Barnes also had one RBI for Cooter.

Layton Robinson pitched the first 4 2/3 innings for Cooter. He allowed no runs, two hits, struck out five, and walked one.