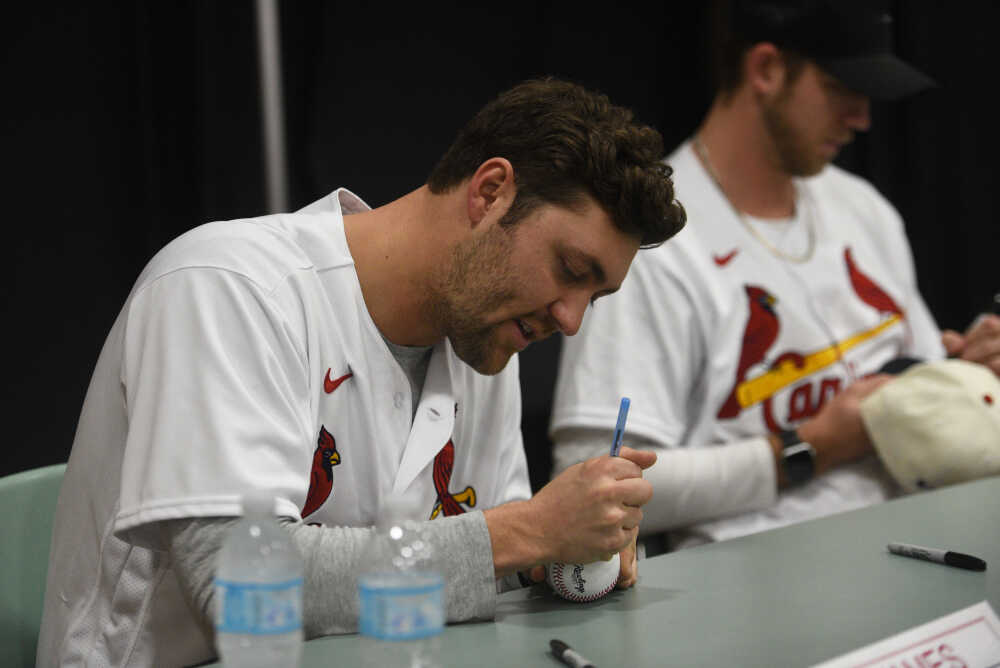 St. Louis Cardinals pitcher James Naile signs an autograph for a fan during the Cardinals Caravan at the Osage Center in Cape Girardeau.
Clay Herrell ~ cherrell@semoball.com

James Naile grew up attending the annual Cardinals Caravan, and this year Naile returned back to the area he grew up in as the caravan came to the Osage Centre in Cape Girardeau.

“I’ve been thinking about this for a month,” Naile said. “The Cardinal fans have shown up at each stop so far, it’s been tremendous. I wish everyone could see the support we get across the country, but here in Cape Girardeau this is definitely Cardinal Country right here.”

Naile recalls attending a caravan as a kid that Kerry Robinson was a part of.

“Now to sit up there at the table with him is really exciting,” Naile said. 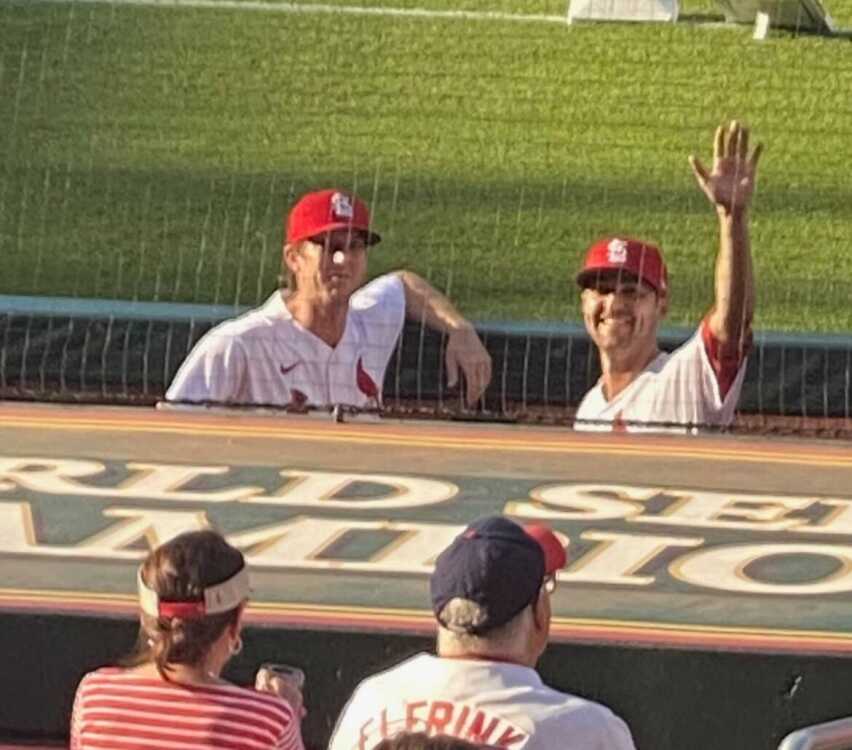 Naile gets the call to St. Louis
By David Jenkins/Standard Democrat
On Sunday night, Charleston native James Naile received the call he's been waiting for. On Monday, Naile will report to the St. Louis Cardinals and don the jersey of his favorite team since childhood, according to sources close to the pitcher. The Cardinals have a number of pitchers injured, including ace Jack Flaherty who was pulled on Sunday...

Not only did Naile see Robinson at a previous caravan, but he also grew up watching Motte close games for the Cardinals, specifically game 7 of the 2011 World Series against the Texas Rangers.

“It doesn’t get any more full circle than this,” Naile said. “In 2011 I was a freshman in college that fall whenever they won it and I remember just being ecstatic. I wore that Cardinal hat every day to my classes. It has all come full circle and it’s been tremendous.”

Naile made his MLB debut on June 27, 2022, against the Miami Marlins as he went out and tossed a scoreless inning in relief of Adam Wainwright.

“That was a dream come true,” Naile said. “To be surrounded by friends and family, for it to be in Busch (Stadium), for it to be the same game that Adam Wainwright got a win I mean it was just incredible.” 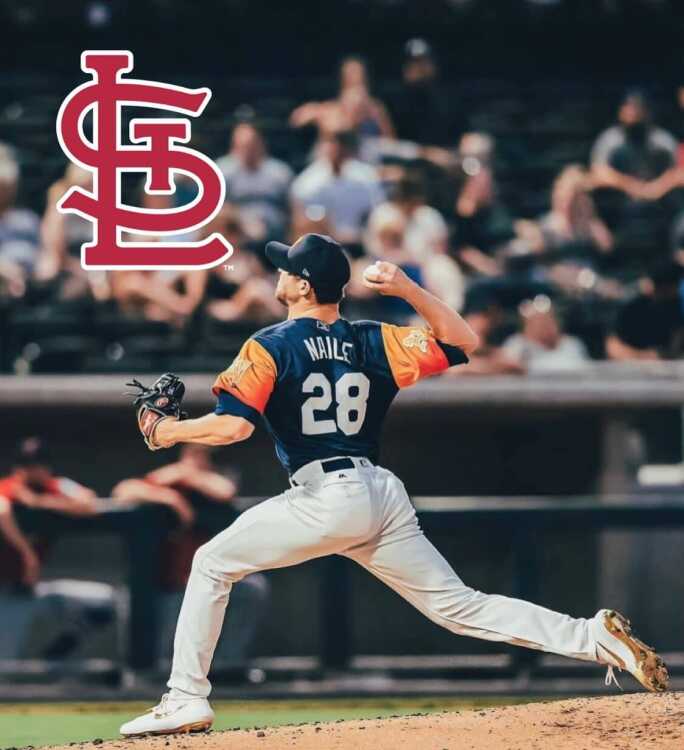 Naile said getting to play with Albert Pujols and Yadier Molina along with Wainwright is still something that is hard to believe.

“You gotta pinch yourself when you enter the clubhouse sometimes,” Naile said. “All the guys were incredible. They welcomed me with open arms and they respected me and obviously, I respected them. Those guys are all who you think they are. They’re all leaders off the field and on the field they’re ultimate competitors, so getting to meet your heroes, it was pretty cool.”

Naile hopes he can serve as motivation for young players in the area to chase their dream of playing at a high level.

“I hope that they see this is hard work and is something that can be done,” Naile said. “If you put your mind to something and continue to work hard and take the good with the bad and learn from it you can do things you never thought were possible.” 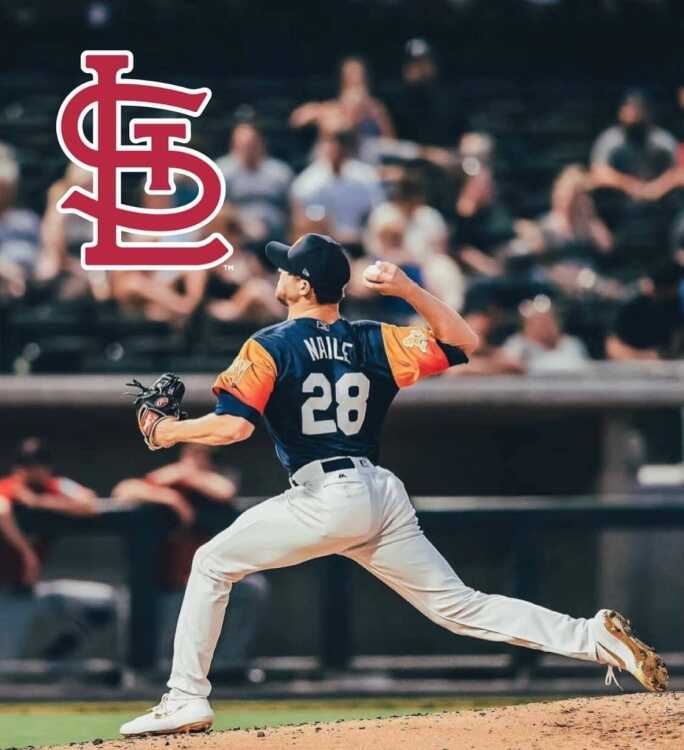 Charleston's Naile signs with Cardinals
By David Jenkins/Standard Democrat
Charleston High School graduate James Naile has signed to play baseball with the organization of his dreams. Naile announced on social media Wednesday that he has signed a free agent contract with the St. Louis Cardinals organization. "STL is the reason I love baseball," Naile said in the post. "They're the team I grew up rooting for as a kid. I...

Naile said he still gets to come back to Charleston a good amount.

“My dad still lives in Charleston,” Naile said. “I’m able to come back for most holidays and I spent some of the winter here so I’m back quite a bit actually.”

Naile along with the Cardinals pitchers and catchers will have their first official workout on Feb. 15 in Jupiter, Florida.