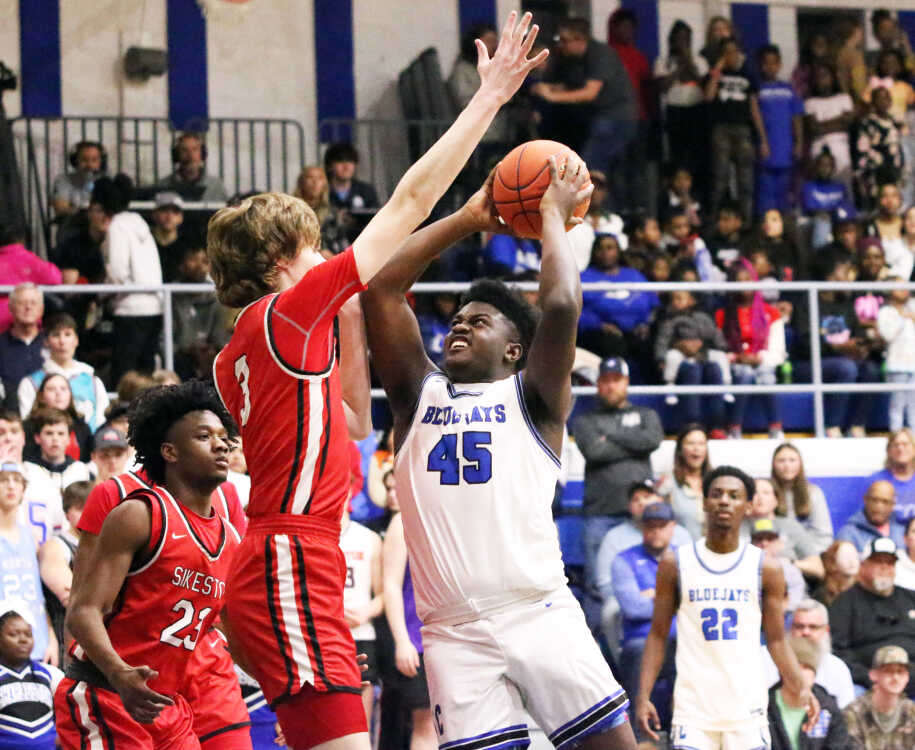 Charleston's Ko'Terrion (45) puts up a shot during an 86-59 win over Sikeston at CHS on Friday, Jan. 6. (Dennis Marshall/Standard-Democrat)

CHARLESTON, Mo. — Charleston showed some major signs that its returned to championship form during a one-sided win over rival Sikeston on Friday, Jan. 6.

“I absolutely loved the way we came out tonight,” said Charleston coach Jamarcus Williams. “At this point in the season, it’s about putting together well-played games for 32 minutes. We did that tonight. We eliminated those errors we had been making, and we played well in all facets of the game. 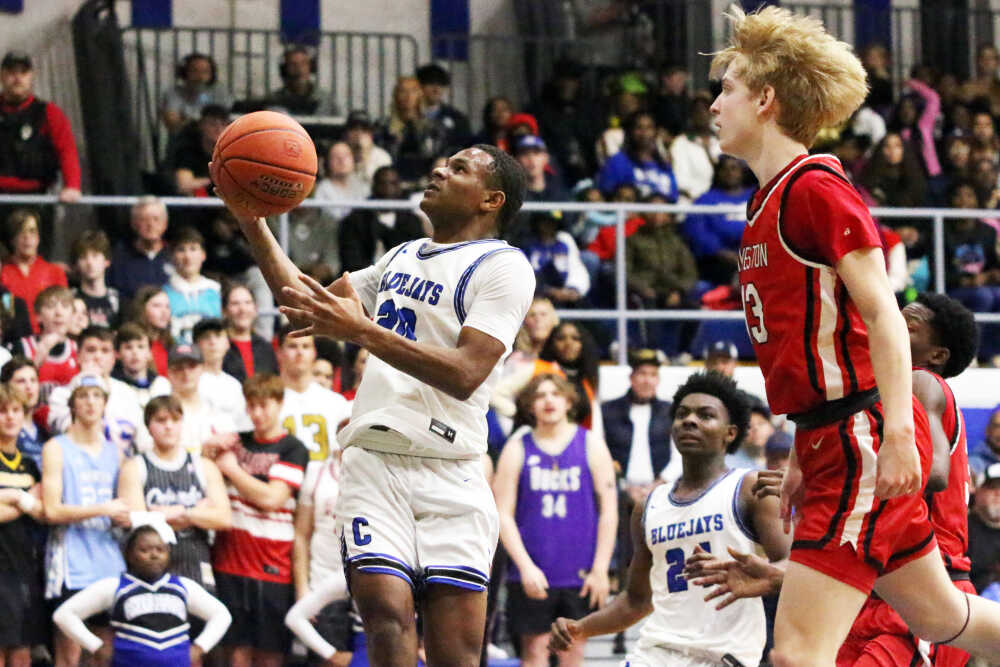 Charleston's Almareion Williams (20) puts up a shot during an 86-59 win over Sikeston at CHS on Friday, Jan. 6. (Dennis Marshall/Standard-Democrat)

“We had to remember what it took to get to that place last year and how hard we had to work,” he continued. “Now, our work ethic is starting to mirror the way it was last year.”

While talent is essential to winning and defending a championship, it is not enough alone. It also takes motivation, leadership and team chemistry, which were all things the Charleston team was lacking to start the season. 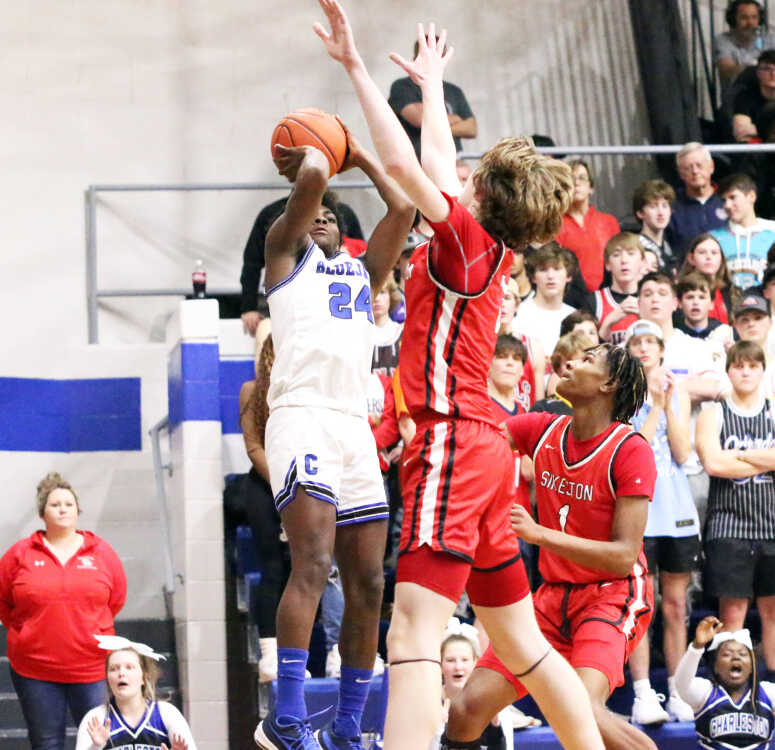 Charleston's PJ Farmer (24) shoots from outside during an 86-59 win over Sikeston at CHS on Friday, Jan. 6. (Dennis Marshall/Standard-Democrat)

The mentality of the team started to change following a loss to New Madrid County Central in the SEMO Conference Tournament earlier this season that dropped the team record to 4-4.

The Blue Jays have won six of their past seven since the loss by an average margin of victory of 33 points.

The turnaround was largely due to the dedication the player showed over the holiday break. 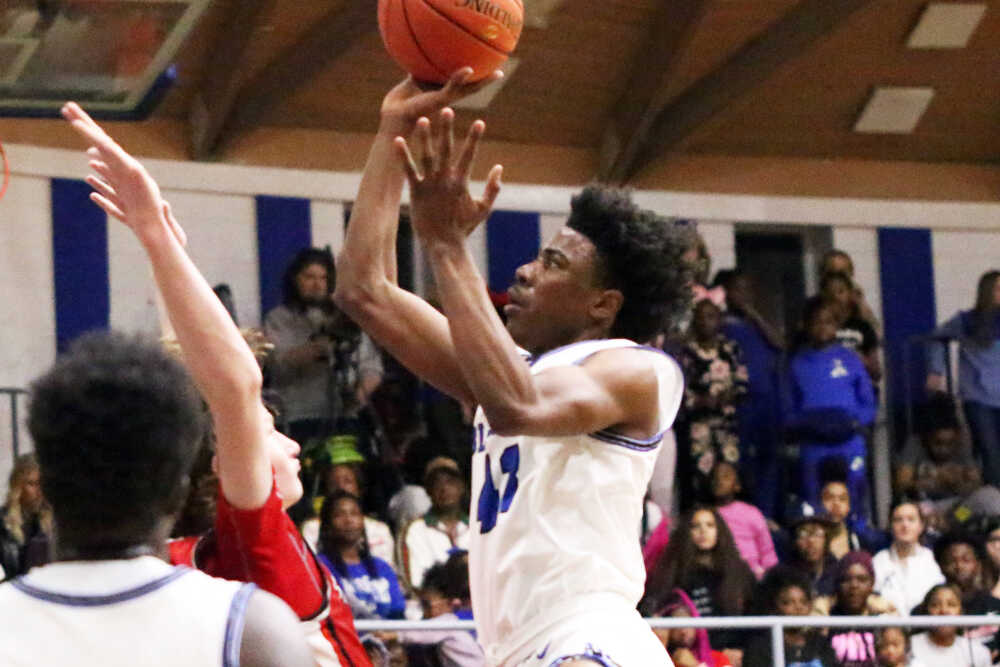 Charleston's Rico Coleman (43) works in the paint during an 86-59 win over Sikeston at CHS on Friday, Jan. 6. (Dennis Marshall/Standard-Democrat)

“We had a big break in the action to prepare for our next game,” coach Williams said. “We just worked our backsides off to get better and improve our intensity, and we’re seeing the benefits of that paid off.”

Ko’Terrion Owens started the game with a putback to give Charleston an early advantage, but Sikeston answered with back-to-back buckets from Dontrez Williams and Lakereon McCray to take a 4-2.

Unfortunately for the Bulldogs, it was the team’s only lead of the game and it didn’t last long. 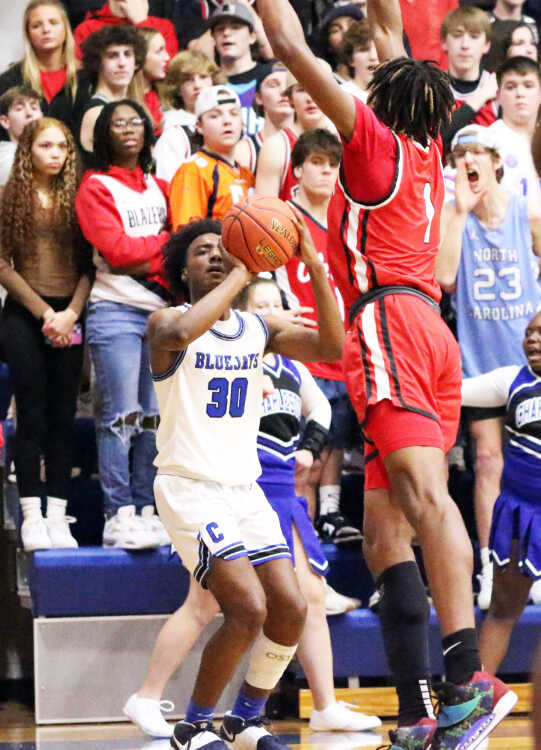 Charleston's Roy Wiley (30) shoots a 3-pointer during an 86-59 win over Sikeston at CHS on Friday, Jan. 6. (Dennis Marshall/Standard-Democrat)

The Blue Jays went back on top after three consecutive baskets from Rico Coleman in the paint.

Almareion Williams knocked down a 3-pointer to extend the lead to 11-4, and Charleston increased the lead to double-digits after layups from PJ Farmer and Coleman.

Sikeston settle down a bit after giving up 11 unanswered points, closing the opening quarter on a strong note when Morgan McCauley scored inside, Dontrez Williams hit a pair of free throws and a big dunk in transition, and McCray buried a corner 3-pointer to narrow the lead to 15-13.

It was all Charleston in the second quarter, as the Blue Jays outscored their opponents 31-9 and led 46-22 at halftime.

“The guys didn’t want it to be a close game,” coach Williams said. “We wanted to claim the game as early as we could. Our defensive intensity created a lot of easy-scoring opportunities, which was vital because Sikeston is a scary team. They can shoot it if they get hot and we wanted to make sure that didn’t happen tonight.”

Coleman finished through contact to increase the lead to more than 30 points with three minutes and 23 seconds left in the third quarter, and the Blue Jays were able to cruise for the remainder of the game.

“Our guys have responded to the challenge,” coach Williams said. “We have a lot of pieces moving in the right direction.”

Coleman led the team with a game-high 22 points to go along with seven rebounds, while PJ Farmer added 17 points, four steals, two assists and two rebounds.

[Coleman] played a good game and was aggressive,” coach Williams said. “It’s also great having [Farmer] back. He’s a catalyst and a spark whenever he’s on the floor. Everyone tries to match his energy.”

Almareion Williams scored 15 and did a great job of getting his teammates involved with his passing ability, adding five assists and four steals.

“[Almareion] can do a lot of things with the basketball,” coach Williams said. “He can make shots from all over the court. He can get in the paint and does a really good job of penetrating defenses and kicking it to the open man. There is a really good chance something positive is going to happen when the ball is in his hands.”

“Roy Wiley is also playing great for us right now,” coach Williams said. “He’s hitting some shots and getting some rebounds for us.”

Charleston returns to action on Tuesday, Jan. 10, when they host NMCC (8-3) in a rematch of the third-place game from the SEMO Conference Tournament.

“We are going to have to make every shot they take difficult and limit them to one shot per possession as much as we can,” coach Williams said. “We have to control our offense, and not let them dictate the game with their zone play or aggressive defense.”

Dontrez Williams led the Bulldogs with 18, while Trace Sadler added 10.

Sikeston won’t be back on the hardwood until Jan. 17, when they travel to Farmington (6-8).