On OR off the court, Redhawk shooter showing leadership 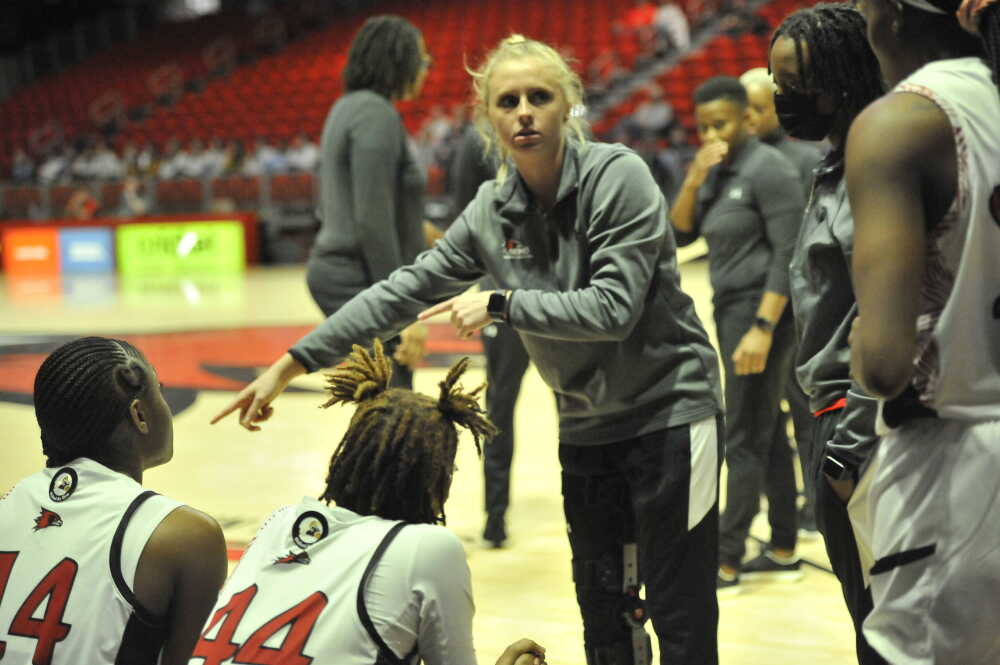 Southeast Missouri State guard Sophie Bussard delivers instructions to her teammates while she was rehabilitating from a knee injury last season during a game against Austin Peay at the Show Me Center.
Tom Davis ~ Tdavis@semoball.com

The Southeast Missouri State women’s basketball program recently named its three captains for the upcoming season and two of the players (senior forward Tamia Stallings and senior guard Kori Tomlin) may have caught some Redhawk fans by surprise, but for those that follow the program closely, the fact that redshirt junior guard Sophie Bussard was recognized isn’t a shock at all.

“One of the players wrote this summer,” seventh-year Redhawk coach Rekha Patterson said this summer of Bussard, “her leadership is so valuable to this program.”

Unfortunately, for Patterson, that has mostly been the case over the past 12 months.

Bussard missed the 2021-22 season after injuring her knee during preseason practice a year ago and also got hurt on the initial day of practice THIS season.

“You know,” Patterson him-hawed when asked about Bussard recently, “being ‘Soph,’ the very first day of practice, in a drill, she is all clear to (practice) and she is going after it. She takes a charge and fractures her wrist.”

Another non-surprise is the fact that the drill wasn’t even involving taking charges but doing so is the message that Bussard wanted to send to her teammates that from Day One, the effort was never going to be in question.

Patterson had her players write down evaluations of each other this off-season and one player wrote about Bussard that “I want to be like you because your work ethic is so good.”

That showed over the past 12 months, as Bussard rehabbed from her injury.

The Indiana native pushed herself so hard that her abilities, though injured, stunned her teammates.

This summer, Patterson had standards to meet for specific drills, one being the oft-practiced Mikan Drill, of which the players had to perform the drill for 60 seconds.

“Soph’s numbers were so much higher than everybody else’s,” Patterson said, “and she wasn’t even 100 percent yet. It was because of her strong work ethic and her mental toughness.” 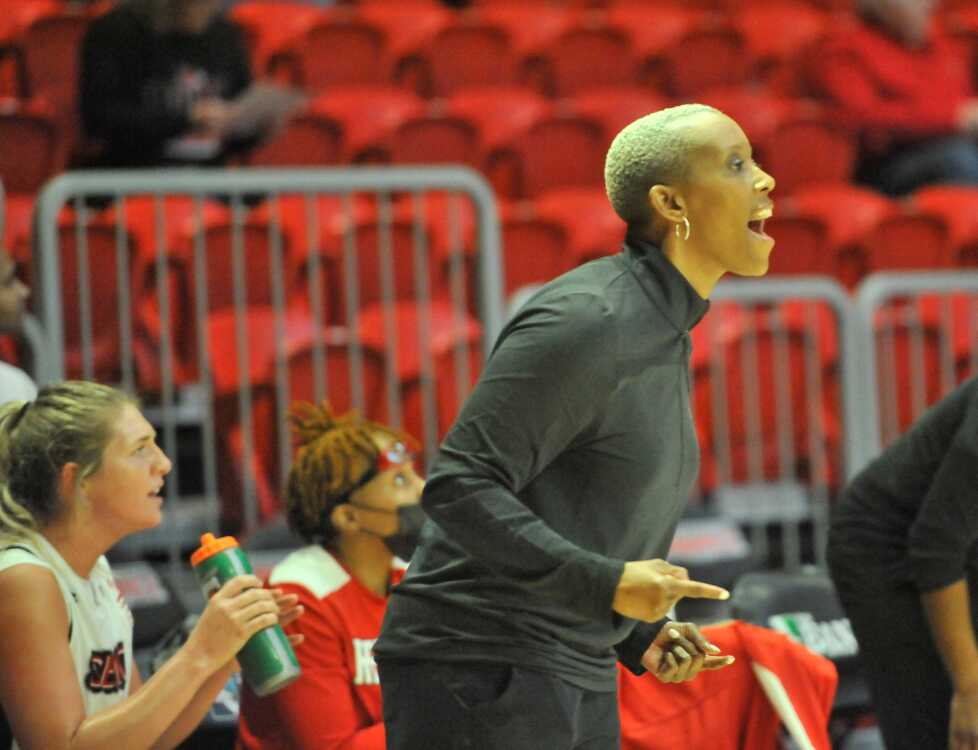 The Redhawks will open the season on Nov. 7 at 11 a.m. against NAIA program University of Health Sciences & Pharmacy at the Show Me Center, and Bussard is expected to be healthy enough to play, according to Patterson.

“She is making her way back,” Patterson said.

Two seasons ago, Bussard was so critical to SEMO’s success, that Patterson started her in all 26 games and played her a team-leading 35+ minutes each night.

The 5-foot-8 guard averaged nearly nine points per game and was second on the team with 55 assists.

“We are trying to get back to meeting the standard of how we are going to play, which is the SEMO way,” Patterson said, “which is extremely hard, extremely tough, and together. We had seven different drills that were timed. We told them that you have to get this number to meet our standard.

“And we got those numbers based off of Soph.”

Patterson has added eight new players this season if you include transfer forward Julia Sion and Bussard, both of whom were with the program a year ago but didn’t play in games.

“Meeting the standard,” Bussard’s standard numerically, has become the norm, not the exception with this group.

“I’m proud to say that every one of our players got all of the standards,” Patterson said. “They had to work, and they had to encourage each other. When it got tough, they had to figure out how to get it done.”

Tomlin played in all 29 games a year ago after transferring from Moberly Area Community College.

The 5-foot-3 St. Louis native was third on the team in 3-point shooting percentage and assists, and second in 3-pointers made.

Stallings is a 6-foot forward, who spent her first two seasons at Jacksonville University and last season at North Alabama, where she played in 24 games.