Terrific play of Self and Steward drives Sikeston past Portageville 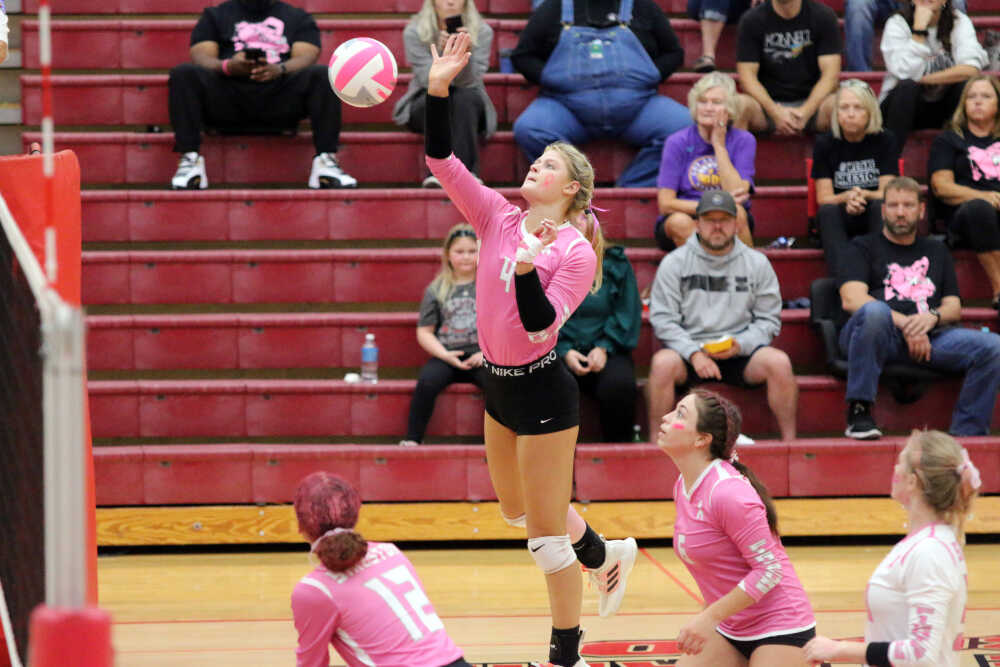 Sikeston's Reese Steward (4) gets a kill during a 3-1 win over Portageville at the Fieldhouse on Tuesday, Oct. 4, 2022. (Dennis Marshall/Standard Democrat)

SIKESTON — The dynamic combo of Heidi Self and Reese Steward led the Sikeston volleyball team to a 3-1 victory over Portageville at the Fieldhouse on Tuesday, Oct. 4.

“[Self] setting and [Steward] hitting from that right side was what stood out for me tonight,” said Sikeston coach Chelsie Holifield. “We scored points when those two were on the floor together.” 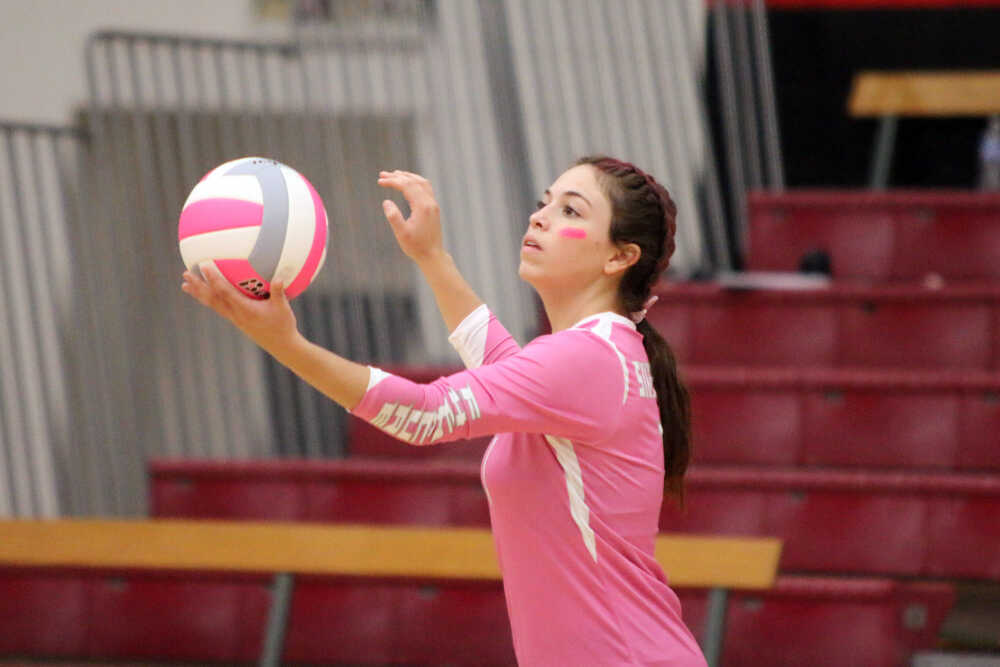 Sikeston's Heidi Self (6) serves during a 3-1 win over Portageville at the Fieldhouse on Tuesday, Oct. 4, 2022. (Dennis Marshall/Standard Democrat)

Self finished with 29 assists to go along with four digs while Steward had a game-high nine kills in addition to fours blocks and two digs.

“[Steward] is an intelligent player and great at taking the setter out, but she can also hit the ball down the line in the corner zone and mix it up with tips,” Holifield said. “She has a rotation on the outside when we’re on serve receive and we try to feed her. She had a key play down the line from the outside and that was a turning point for us [in the fourth set].”

Steward did not begin playing volleyball until her sophomore season. 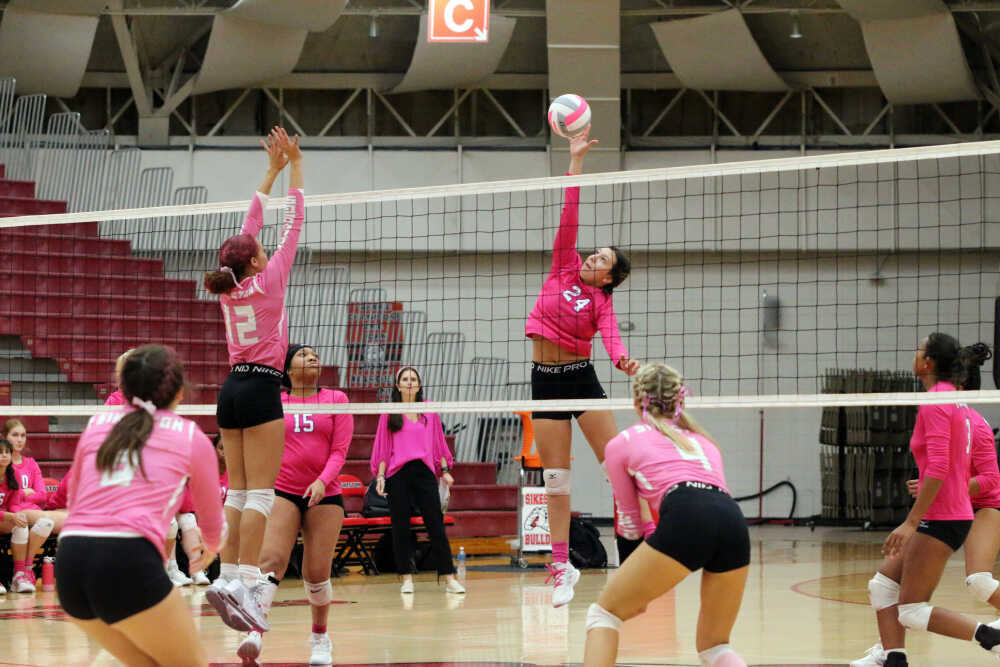 Portageville's Laney Stone (24) gets a kill during a 3-1 loss at the Sikeston Fieldhouse on Tuesday, Oct. 5, 2022. (Dennis Marshall/Standard Democrat)

“The fact that she is now a key player as a senior just goes to show how athletic she is and how quickly she can catch on to a sport,” Holifield said.

Defensively, Lydia Couch and libero Tori Folsom were equally as good as Self and Steward were at producing points.

“We couldn’t do much without those two back there,” Holifield said. “They’re great defenders.”

Sikeston controlled the first two sets and nearly every break in the game went their way early on.

However, Portageville picked up its intensity in the third set and edged out a narrow victory. It appeared that the game was headed to a fifth set for the third consecutive year with Portageville leading 16-11 in the fourth set.

“We’re definitely happy we came out with the win but it took a little convincing,” Holifield said. “They thought they had it in the bag and let up. I did everything I could to fire them up at that moment because it was like we forgot what we were doing here.”

Sikeston finished the fourth set on a 14-7 run to secure the victory, with Danielle Martinez and Brionna Williams each scoring critical points for the team down the stretch.

Martinez had 12 kills, five aces and four digs while Williams finished with four kills, two blocks and a dig.

“She’s always right there in the middle, ready to make things happen,” Holifield said. “The entire team showed a lot of resiliency in that final set.”

Shania Hodges led Sikeston with 13 kills. She also had four blocks and three digs. Kirsten Fairhurst had 11 kills, two digs, an assist and a block; Kennedy Watson with 14 assists, nine digs, a kill and an ace; and Raegan Revelle with four digs.

“I’m proud of the way we fought but we made some errors and mistakes along the way,” said Portageville coach Sasha Kellams. “It’s easy to lay down after losing the first two sets but we didn’t do that at all. We were aggressive at the net and that’s all I can't ask for as a coach. We had some small victories throughout and I’m not upset with our performance, I just wish we could’ve had a different outcome, but Sikeston swings hard and is aggressive. They’re always hustling and getting crazy saves. Overall, they’re a very good program.”