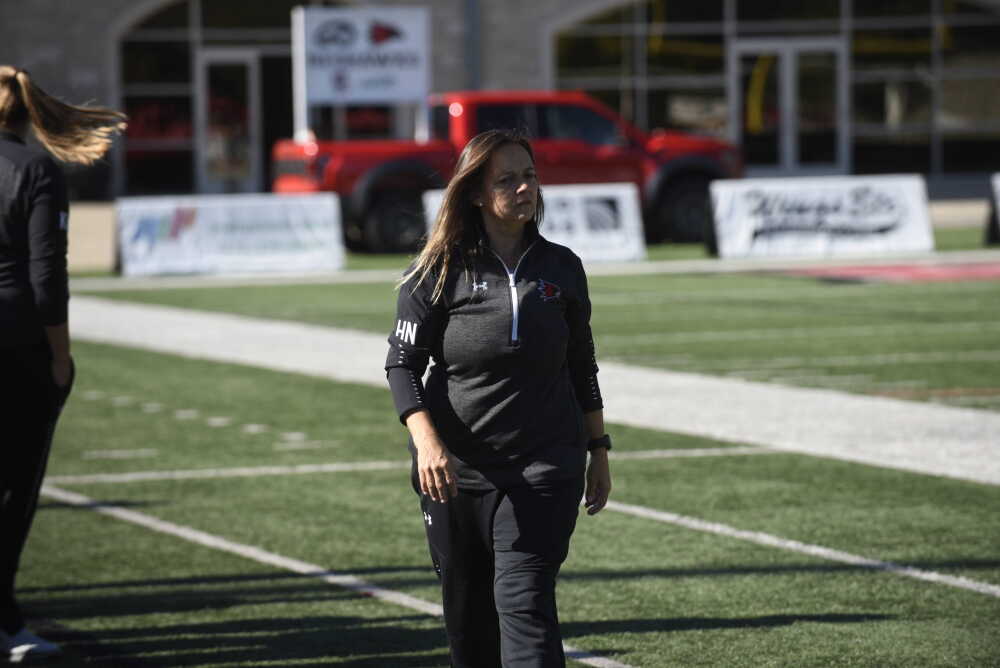 The Southeast Missouri State women’s soccer squad notched a 1-1 tie in its 2022 debut on Sunday in an exhibition match at Western Illinois in Macomb, Ill., but looking at the bigger picture, the Redhawks have proven to be emphatic winners.

The Redhawks were recently named as one of the 501 collegiate women’s programs to be honored with the United Soccer Coaches College Team Academic Award, and veteran SEMO coach Heather Nelson said the emphasis in the classroom begins during the recruiting process.

“We share the success that our program has had (with recruits),” Nelson said of her philosophy, “and when they are a good match with us, academically, we let them know that we are looking for a complete student-athlete, in terms of character, academics, and athletic ability.”

During the 2021-22 academic year, the Redhawks had eight student-athletes tally a perfect 4.0 grade point average, while 21 of Nelson’s players had a GPA of 3.25 or higher.

Nelson said that her coaching staff monitors the class load of the SEMO players throughout the year, which calls for the student-athletes to take a slightly lower load academically in season and then added course work in more reasonable times (spring and summer semesters).

“She is amazing,” Nelson said.

Hengst spends five hours each week with the new student-athletes within the SEMO soccer program (she also works with both basketball programs, as well as gymnastics).

“A big part of that is mentoring them,” Nelson explained. “Tutoring hours (also), and honestly, with our team, it is really, primarily, time management skills. She is helping them with their schedules, planning (work) in advance, which is a huge part of them being successful.”

As a team, the Redhawks posted a grade point average of 3.76, which gained them recognition for the national honor for the third consecutive year, and 11th time in SEMO soccer history.

“I can not say enough about Brooke,” Nelson said, “and how well she works directly with our players.”

Nelson also said there are life lessons being taught within her program, where the young players can earn “a promotion” out of the mentoring program with a 3.5 GPA in their first semester. However, that works both ways, because if the Redhawk student-athlete – of any age - earns a grade of a C or lower, that results in them having two hours of work with Hengst scheduled.

Back on the pitch, the Redhawks got a late goal from sophomore midfielder Elizabeth Rater to take a 1-0 lead against the Leathernecks. However, the hosts quickly got a goal 4:58 later against SEMO keeper Sophia Elfrink, who was playing in her first collegiate game ever.

Elfrink made a couple of saves in her debut.

The Redhawks will host Central Arkansas on Sunday at 2 p.m. at Houck Field in a second exhibition game, before opening the 2022 regular season at Missouri on Aug. 18 at 7 p.m.

SEMO will open its home season at Houck Field against Illinois Springfield on Aug. 21 at 6 p.m.