About 50 area youths attended the two-day skill development camp that was hosted by the former Sikeston standout and current junior guard for the St. Louis Billikens.

“I thought the camp was great,” Thatch said. “It was better than last year because I am more familiar with how everything works. I thought the kids worked hard and got better. The community did a great job helping me out. Some businesses sponsored kids and a lot of kids came out to support the event. 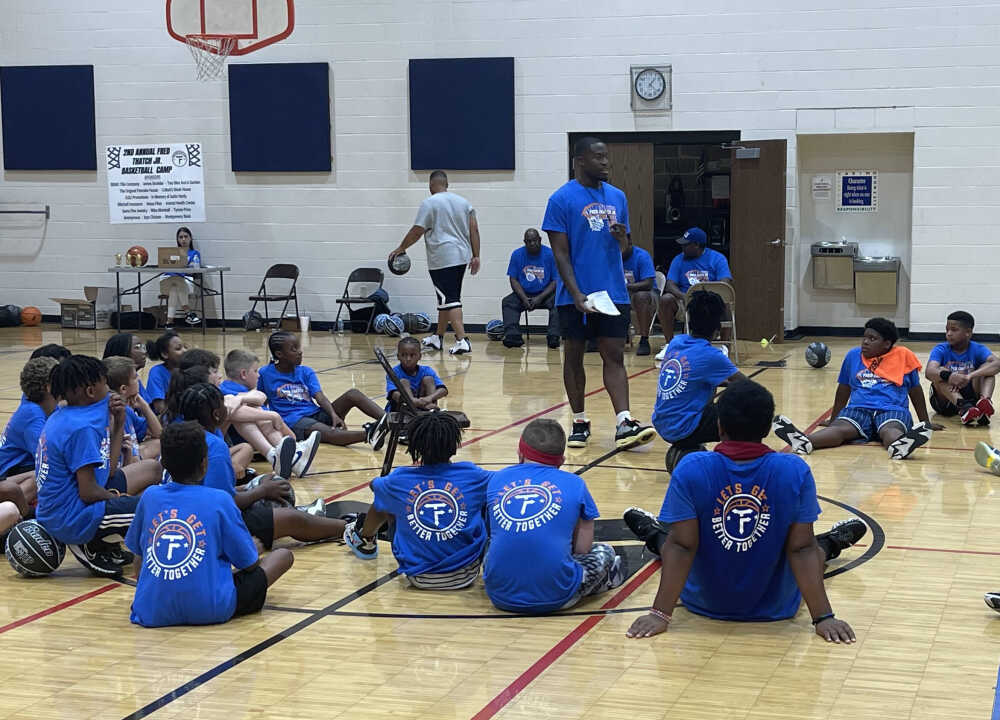 “All the kids brought outstanding attitudes to the camp,” he continued. “They all listened well, which made teaching them different skills easier. It makes me feel good when basketball players want to learn the game and they are engaged.”

The event helped lay a foundation for camp-goers to build on by teaching them skills such as footwork, dribbling, shooting and passing.

“I just wanted to give the kids an opportunity to learn more about the game,” Thatch said. “I tried focusing on the details and fundamentals because they can get you a long way. Every kid deserves an opportunity to get their college paid for so if I can help in any way, I want to do that.”

The environment around college sports has changed drastically since Thatch began his collegiate career in 2018.

“The landscape of college basketball has grown tremendously,” Thatch said. “There are so many opportunities out there now for us. NIL is a primary example of how much the game has changed. Players aren’t just going to schools because of facilities or who the head coach is. It’s now about how much money they can make at the school. NIL will allow a lot of athletes to have more spending money in their pockets, and if you get a really good deal, it will allow for you to invest to improve your future.”

Thatch has made the most of the opportunities presented to him. He started a clothing line, speaks at different events, signed a sponsorship deal with a pickle company and is working on several more endeavors that aren’t finalized.

It's clear Thatch’s savviness goes well being the basketball court. He’s also excelled in the classroom, earning an MBA and a master’s degree in Supply Chain Management.

Thatch has now begun working towards a law degree.

“For my final year I’ve decided to go to law school and finish it up once I’m done playing [basketball],” he said. “My Ph. D. I was going to do is towards politics, so I just thought going to law school would be a good start for me.”

The Billikens finished last season with 23-12 overall record and fell to Northern Iowa in the opening round of the National Invitation Tournament.

Expectations are high this season with several key players returning, including Thatch who averaged 9.3 points, 1.6 assists, 5.5 rebounds and 1.1 steals per game a season ago. St. Louis is ranked just outside the top-25 in several preseason polls and also returns one of the top point guards in the nation in junior Yuri Collins.

“If we stick together we will be able to make an NCAA tourney run,” Thatch said. “We control our own destiny. We have a lot of different weapons. We have depth, experience, scorers, defensive players, and great coaching staff. If everyone can stay healthy we will make a lot of noise.”