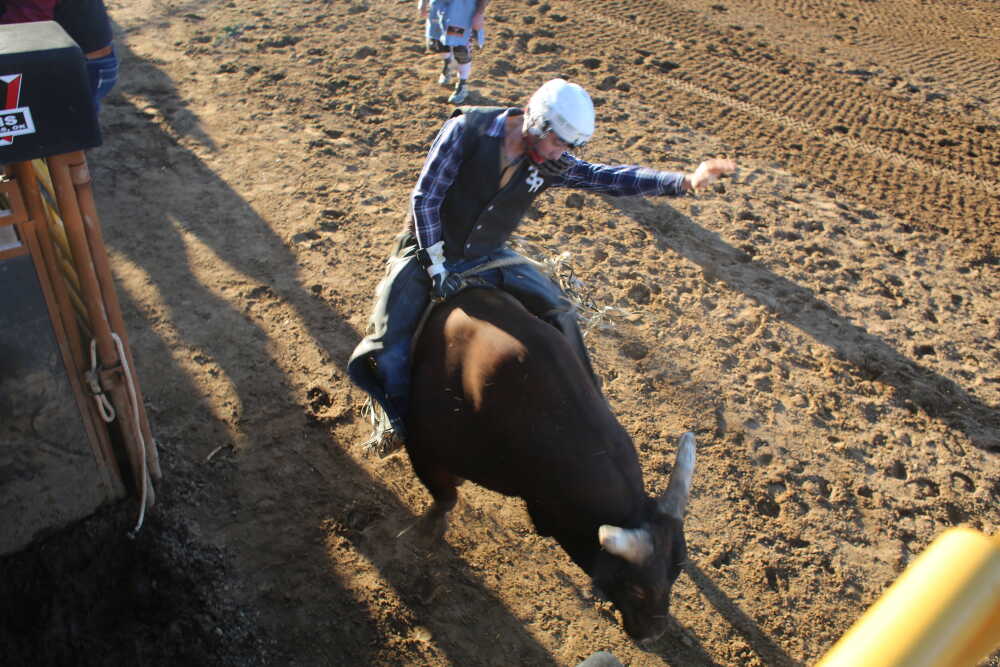 The 2021-22 athletics season for Three Rivers College officially wrapped up last week as the Raider rodeo team competed in the College National Finals Rodeo in Casper, Wyoming. The highlight of the week was Casey Roberts winning the 2022 National Championship in bull riding while fellow Raider Cole Skender placed in third.

"Casey and Cole each won one go-around in region to qualify," Three Rivers rodeo coach Chad Phipps said. "The guy who wins the college finals wins the national championship. Casey won the first go round, then Cole won the third go round and Casey won the fourth so we took three of the four final go rounds."

Roberts was able to hold on to his bull the longest in order to win the national championship. He was the only rider to record a score with 82.5 out of a possible score of 100.

As a team, Three Rivers finished fifth in the nation with 575 total points despite fielding only three members while other teams can have up to six participating. Tarleton State University won the overall team title with 900 points.

"For the team standings, it's the toughest thing when you don't have the numbers that bigger schools have," Phipps said. "We went out there with only three guys... out of the 150 teams competing managed to finish fifth in the nation and I think that's a major accomplishment."

Kolby Krieger also made the trip out and participated in calf roping for Three Rivers.

"All three guys we had laid their guts on the line," Phipps said. "They weren't there to mess around, they were there to win. It didn't work out for Kolby and it didn't go as well as Cole wanted, but now Three Rivers has gone from just another school with a rodeo team to now a respected program in the nation. When Three Rivers College shows up in bull riding, they better watch out."

Phipps said the results were an improvement from last year with Skender finishing second and Holden Moss finishing fourth in bull riding.

With the end of the finals last week, it was also the end of Skender's career with Three Rivers while it's up in the air whether or not Roberts will return next season.

"Casey is wanting to come back with us and go into the agricultural program here," Phipps said. "But he was also recruited to the Oklahoma Freedom PBR team. He's not on the main roster yet so they are allowing him to go to college rodeos."

Roberts wouldn't be the first Raider to ride in the PBR as Skinder rode in the PBR Velocity Finals in 2021 and Mason Lowe was on the Three Rivers rodeo team before having a successful professional career that was tragically cut short after losing his life in a bull riding accident in Denver in 2019.

The Three Rivers rodeo team will be back in action in the fall.