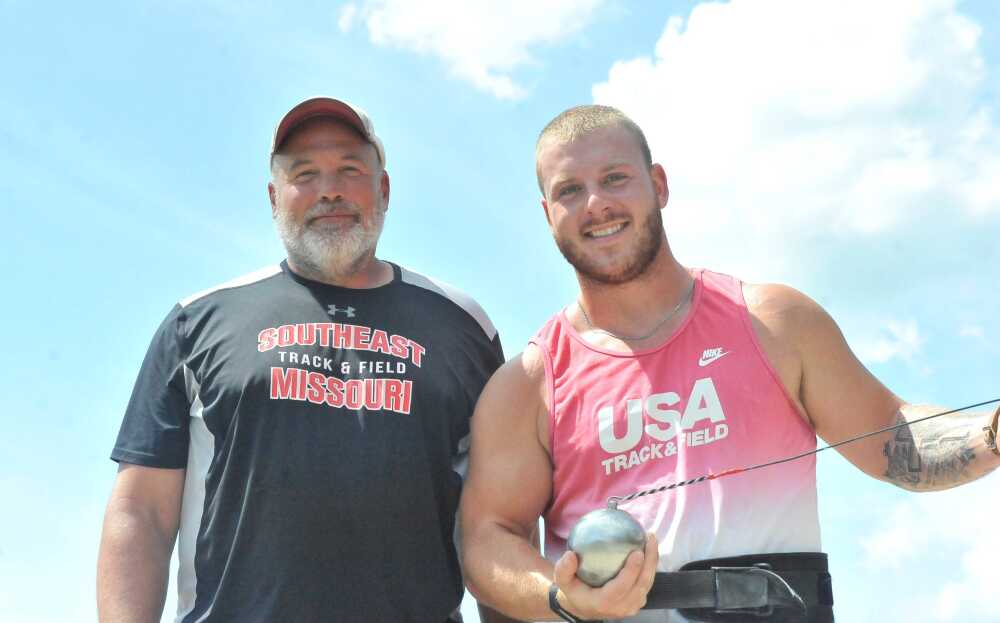 Southeast Missouri State senior Hammer thrower Logan Blomquist saved his best effort for the absolute last moment he could, but his execution in those final seconds of his magnificent Redhawk career will allow him to go down in SEMO athletic lore.

Blomquist threw a personal best distance of 73.37 meters (240 feet, eight inches) on his final attempt to win the event at the NCAA Outdoor Track and Field Championships in Eugene, Oregon on Wednesday.

“I can’t even really describe my thoughts on it,” veteran Redhawk track and field coach Eric Crumpecker said. “I can hardly believe that it is real.”

Blomquist had to rally – a long way – in order to become the first NCAA Outdoor champion in SEMO history.

He opened the day with three throws, none of which were anything near his potential.

Blomquist threw 70.54 meters in his opening throw, scratched on his second, and measured 70.51 on his third attempt.

“He was having some trouble, technically, early on” Crumpecker explained. “He was getting a little forward on the start of his throws. His shoulders were forward. He wasn’t staying back good. In the finals, he finally got his shoulders back better and was able to get a couple of good throws off.”

After three throws, Blomquist was in sixth place, but that wasn’t dire, because the top nine athletes (out of 24 competing, advanced to the Finals.

Minnesota sophomore Kostas Zaltos led the field entering the Finals with a first-round throw of 72.51, which still wasn’t as good as Blomquist personal best throw (73.18 in April).

Blomquist improved to 71.66 with his fourth throw, and then took the lead with a throw of 72.51, matching Zaltos’ throw, on his fifth attempt.

The euphoria was short-lived, as Penn State junior Tyler Merkley unleashed a toss of 72.70 on his fifth throw, which set up a dramatic scene for Blomquist.

Down to the final throw of his soon-to-be SEMO Hall of Fame career, Blomquist unbridled five years of sweat and perseverance, and his throw measured a Redhawk record distance of 73.37 meters (240 feet, eight inches) to get past Merkley by 26 inches.

“He didn’t start off that good,” Crumpecker said, “but he corrected some things and stuck to what he was doing. He put things together and competed his butt off. I’m proud of him. The guy has put the work in throughout his career to make this happen. 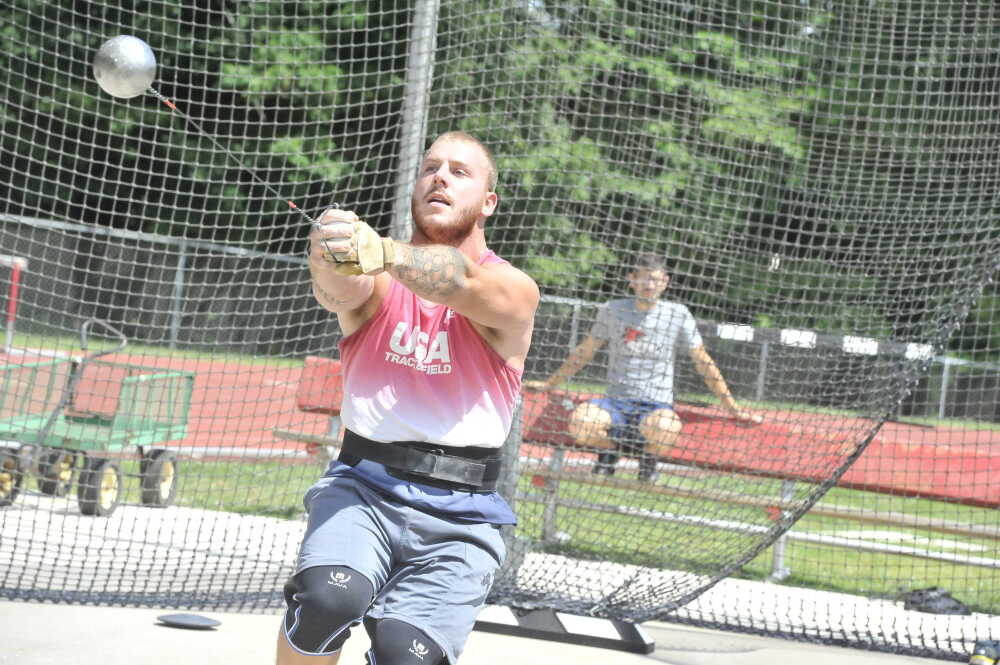 SEMO's Blomquist on cusp of NCAA title
Tom Davis
Southeast Missouri State senior track and field athlete Logan Blomquist made that statement during a recent practice in Cape Girardeau, as he referenced his preparation for today's NCAA Division I Track and Field Championships.
Comments
View 1 comment
Note: The nature of the Internet makes it impractical for our staff to review every comment. Please note that those who post comments on this website may do so using a screen name, which may or may not reflect a website user's actual name. Readers should be careful not to assign comments to real people who may have names similar to screen names. Refrain from obscenity in your comments, and to keep discussions civil, don't say anything in a way your grandmother would be ashamed to read.
Respond to this story