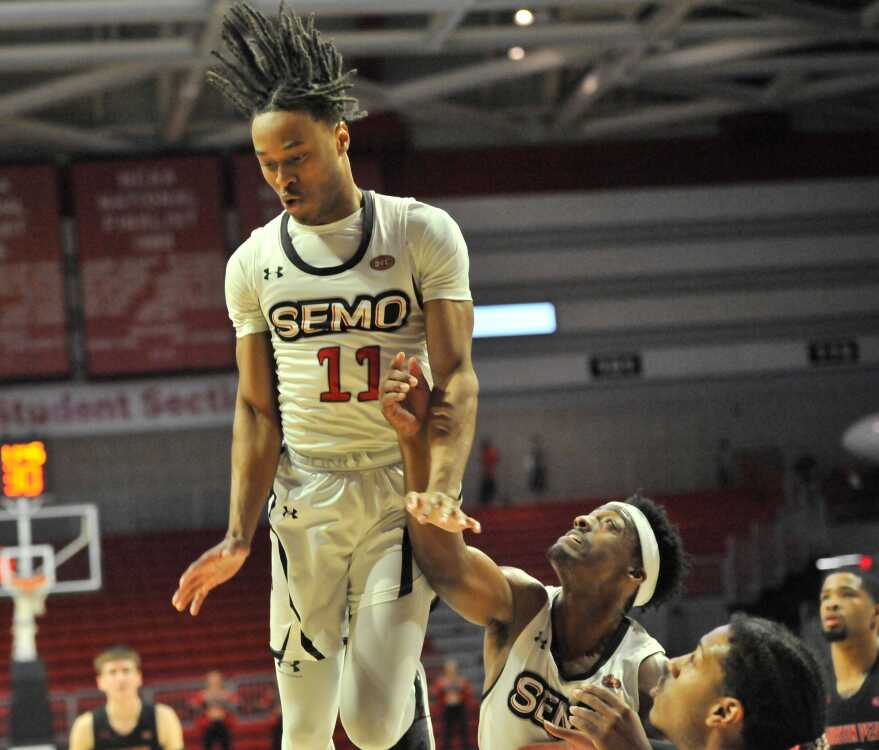 “We’re more family-oriented. When I first came to SEMO, we weren’t like a team. The last two years, we built that bond with each other, our chemistry, we became closer.”

That “bond” and “chemistry” within the “family” must not have been strong enough, because, on Wednesday, Nicholas entered the transfer portal, thus ending his promising career in Cape Girardeau.

Nicholas became the fourth Redhawk to announce their departure in recent weeks, joining redshirt junior wing Nana Akenten, redshirt junior wing Nygal Russell, and freshman forward Chase Thompson. Each of those decisions is a gut punch to the SEMO faithful, because what looked to be a team primed for history in 2022-23, now is a shell of itself.

With Murray State, Eastern Kentucky, Jacksonville State, Austin Peay, and Belmont all having left the OVC in past seasons, the Redhawks, whose only graduated player was senior center Manny Patterson (a seismic loss in his own right), had as legitimate of a shot at the OVC Tournament title (and subsequent NCAA Tournament berth) next March as any team in the league, league-power Morehead State included.

That task may not have become impossible in the past two weeks, and it remains to be seen how second-year SEMO coach Brad Korn rebuilds his roster, but it sure as heck is going to be a LOT more challenging.

In addition, to those departures, Redhawk junior guard Eric Reed Jr. recently announced that he is exploring his professional options, but will not be signing with an agent, so there remains the possibility that he could return.

This type of news, unfortunately, isn’t new to the Redhawk fan base. Losing players en masse isn’t a SEMO issue, it is a collegiate athletics issue. 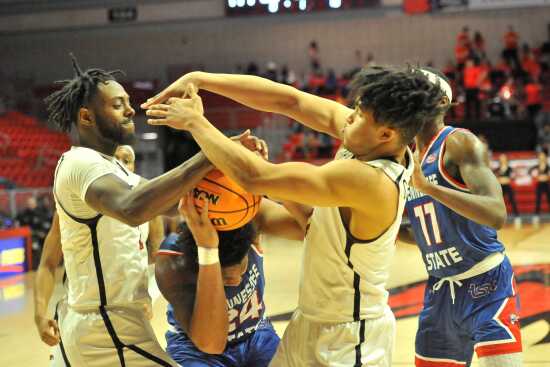 In recent seasons, FORMER SEMO players could have fielded an OVC All-Star team if they had stayed in Cape Girardeau. However, playing on a team without promise proved too much to bear for those guys.

This situation is entirely different.

A blind man could see that the SEMO program is headed in the right direction under Korn.

The Redhawks now play smart, with effort, and are ultra-competitive with the best that the OVC has to offer. And, as Nicholas noted, the players seemed to genuinely care about each other.

In Nicholas, he only started five games this season, but he still played 23 minutes each outing, and during the OVC Tournament, he was SEMO’s best player.

“It speaks to our balance,” Korn said of his team following an opening tournament victory over Tennessee State. “I think that it goes to our connectedness. We have that mentality, the attitude that I’ll do my part, I’ll do my role, and DQ was massive for us tonight.

“He controlled the whole game. He just played a fantastic basketball game.”

Korn praised Nicholas all season long. Korn praises all of his players publicly.

I can understand athletes not enjoying playing under some heavy-handed coaches, but Korn has been a master psychologist in his effusive praise of his players. If you don’t like playing for this guy, if you don’t like this guy, period, I can’t help you.

In Russell, the Redhawks lose their most tenacious rebounder, while in Akenten, they lose an athletic shooter off the bench, who often played like a sixth starter.

Even Thompson’s departure hurts the depth along the frontcourt heading into next season.

But Akenten played behind freshman Dylan Branson, and Nicholas behind freshman guard Phillip Russell, and perhaps those roles weren’t acceptable to players in this day and age.

These players may – or may not - find bigger roles elsewhere, and it is indisputable that they possess talent. However, each of them needs to proceed with caution.

Alex Caldwell led the Redhawks in scoring, minutes played, and shots taken in his last year with the program (2020) before transferring to North Carolina Central. This past winter, Caldwell started just 11 games, played 13 minutes per night, and averaged five points per game.

Former forward Sage Tolbert started 31 games in his final season at SEMO that same year, but this past season at Temple, he started just 11 times and averaged 16 minutes per game (after playing 29 per game at SEMO).

The grass over there isn’t always as green as it seems.

“When I look back,” Korn said following the season-ending loss, “I reflect on how far we have come.”

Now Korn is faced with the dilemma of how far his program must go. Again.