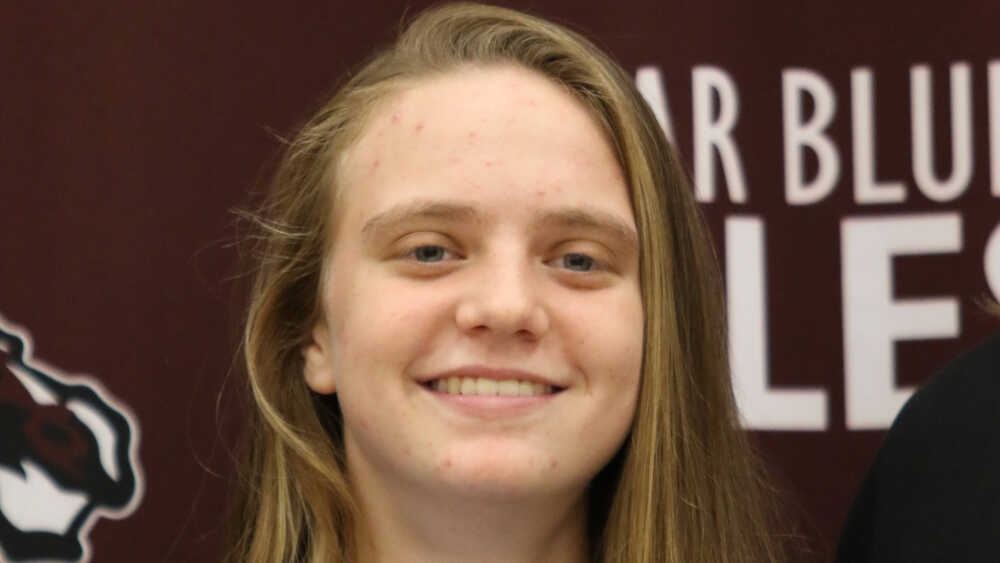 Growing up, Breann Thresher said she was never the ace pitcher for any of her teams.

“I wasn’t really used as much until I got to high school,” Thresher said. “I had to really work. I went to pitching lessons every week and I’d practice every day on pitching to get where I am.”

Thresher ended up pitching in over 60 games during her varsity career at Poplar Bluff, helping the Mules claim their first district title in 16 years in both the circle and at the plate.

Thresher recently signed her National Letter of Intent to play softball at Williams Baptist University. She may still pitch on the Eagles junior varsity team but expects to play second base.

“She’s one of those kids where she knew exactly what to do with the ball where it was placed,” Mules coach Joel McDuffey said. “She always found a hole.”

Thresher’s spray chart this season looks like a right-handed power hitter instead of a lefty battling leadoff. She credits work with a hitting coach for being able to take a pitch to the opposite field more based on where the pitch is thrown.

“That’s probably what really helped me right there,” Thresher said.

Over the summer, Thresher was at the Williams Baptist softball camp when she was approached by Eagles coach Jessica Nutt.

Thresher played in 76 varsity games for the Mules and was named all-conference and all-district first team this fall.

Also a member of the Mules wrestling team, Thresher has a career 37-20 record coming into this season, winning a conference title as a sophomore and placing fourth at district last year.

“You always need a kid that’s going to work really hard and always do what they’re suppose to do and stay even keel,” McDuffey said in describing Thresher.

Thresher said the team found that being calm worked a lot better for them and they she will remember the fun they had together.

“When I first started varsity, the first game was a little nerve wracking, but then after I felt it, and I was like it’s not so bad,” Thresher said. “I just got my nerves basically out of the way.”