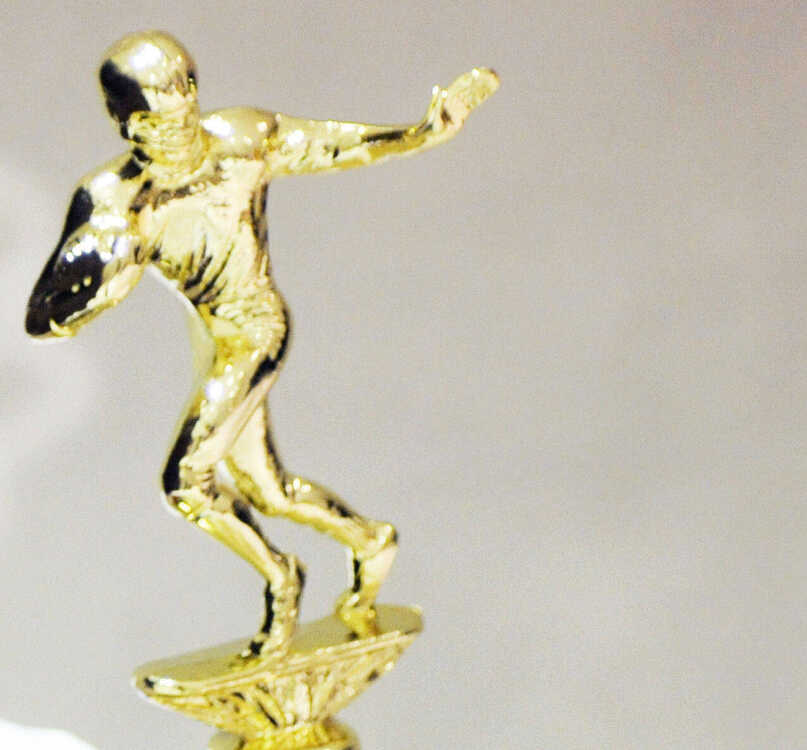 The finalists for the Carr Trophy and Derland Moore Award are set for the 76th Poplar Bluff Letter Club Gridiron Banquet, which will be held Wednesday, Dec. 15, at the Black River Coliseum in Poplar Bluff.

Kennett running back Jordan Jarrett, Hayti quarterback Trayvon Thomas and Poplar Bluff quarterback Kannon Carr are the finalists for the Carr Trophy, presented annually since 1979 to the most outstanding player in the conference.

The event will start at 6 p.m. with the presentation of the 2021 All-SEMO Conference teams.

No food or drink will be served at the event, which will again be taking precautions due to the COVID-19 pandemic.

Admission is $10, payable at the door.

The All-SEMO Conference team is selected by the division coaches at the end of the regular season, prior to the start of the playoffs. Coaches may not vote for their own players.

Awards are presented to the players that led each division in scoring, the top linemen and coaches of the year, which are also selected by the division coaches.

Jackson, New Madrid Central and Hayti will be presented their conference championship plaques.

The SEMO Football Officials Association will present a Sportsmanship Award to a team selected by area referees.

The Sam Giambelluca Lifetime Achievement Award will also be presented to an individual for their service and dedication to area high school sports. Giambelluca started the Gridiron Banquet as a high school student and organized it for well over 60 years, inviting players from the entire region to Poplar Bluff. Past banquets featured speakers, including Don Faurot, Joe Garagolia, Dan Devine, Chuck Fairbanks, Jay Randolph, Frank Beamer and others.

The Carr Trophy and Derland Moore Awards are selected by a nine-member committee composed of area high school football officials.

Kannon Carr, who is not related to E.E. Carr, is a 6-foot-1, 180-pound senior quarterback for the 7-4 Poplar Bluff Mules. During the regular season, he threw for 2,216 yards, 659 more than any other North Division player at the time of the voting, with 19 touchdown passes while running for seven more scores and 210 yards, averaging 4.8 per attempt.

Jordan Jarrett, a 6-2, 180-pound senior running back for 8-3 Kennett, ran for 1,232 yards and 22 touchdown, averaging 8.8 yards per carry during the regular season. He also caught nine passes for 122 yards, including two for touchdowns.

Jarrett was also a finalist for the award last year and is seeking to become Kennett’s first Carr Trophy winner since Randy Miller in 1985.

The Derland Moore Award was first presented to the top defensive player in the conference in 2011 and is named in honor of the Poplar Bluff native who was an All-American defensive lineman at Oklahoma and for 14 seasons in the NFL with the New Orleans Saints.

Jalias Anderson, a 6-2, 185-pound senior linebacker for Malden, ended the regular season with 125 total tackles, including 95 solo stops, with two sacks, two forced fumbles and one interception in 7 1/2 games.

Hunter Jenkins, a 5-10, 165-pound senior linebacker for Poplar Bluff, had 134 total tackles during the regular season, including 70 solo and nine for a loss, with four sacks, three forced fumbles, three fumbles recovered and an interception.

Poplar Bluff players have won the Derland Moore Award twice with Steven Haley in 2015 the last.

Latrevion Thompson, a 6-2, 205-pound senior linemen for Kennett, ended the regular season with 113 tackles, including 43 for a loss and 18 sacks, with four forced fumbles, four fumbles recovered, nine passes broken up and scored a defensive touchdown.

Here’s the list for the first-team all-conference selections as picked by the coaches in each division:

Comments
View 34 comments
Note: The nature of the Internet makes it impractical for our staff to review every comment. Please note that those who post comments on this website may do so using a screen name, which may or may not reflect a website user's actual name. Readers should be careful not to assign comments to real people who may have names similar to screen names. Refrain from obscenity in your comments, and to keep discussions civil, don't say anything in a way your grandmother would be ashamed to read.
Respond to this story