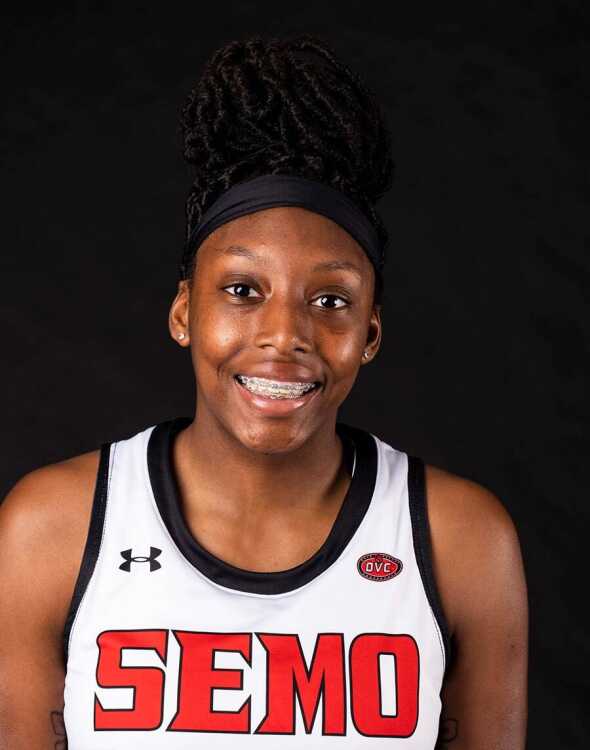 SEMO's Shymaryia Christopher led the Redhawks in scoring with 15 points against Arkansas-Pine Bluff on Saturday.
Photo courtesy of SEMO Athletics

HATTIESBURG, Miss. — The Southeast Missouri State women’s basketball team was blown out 81-63 by Arkansas-Pine Bluff on the second day of the Lady Eagle Thanksgiving Classic.

The Redhawks came out strong, but a nine-point fourth quarter ultimately doomed SEMO, which fell to 2-4 on the season.

Freshman Shymaryia Christopher led the Redhawks in scoring with 15 points, and shot 70% from the free throw line going 7-for-10.

Junior Roshala Scott (15 points, four rebounds, two assists, two steals) was the only other Redhawk to score in double figures. She shot 3-for-5 from 3-point range, and went 5-of-11 from the field.