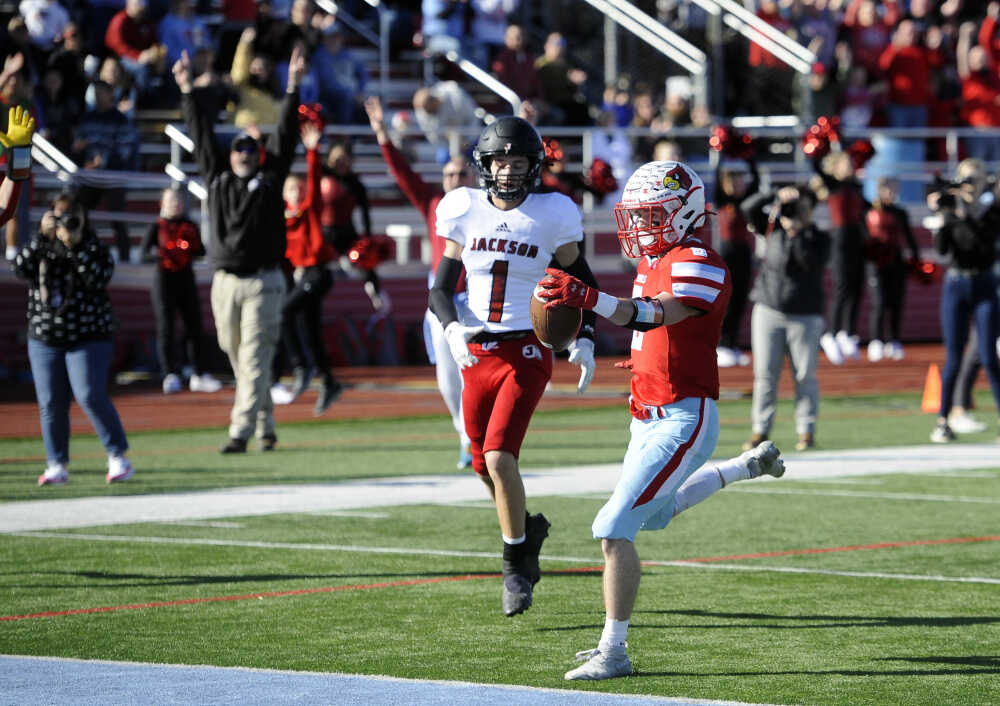 But the Indians wouldn't go down without a fight.

The Cardinals held a 35-6 lead midway through the third quarter before momentum shifted in Jackson's favor.

The Indians shut Webb City out the rest of the way, but couldn't dig themselves out of the hole, ultimately falling 35-21 in Saturday afternoon's Class 5 state semifinal.

"I thought our kids played a lot more effort in the second half," Jackson coach Brent Eckley said. "I thought they were a little bit grittier and a little more physical in the first half.

"I just didn't think we were super sharp. We missed some signals on both sides and there's just some things that we just didn't do. We just kind of let it slip away with so many opportunities. But in the second half our kids were really, really tough. I thought we all played in the second half, it's just not easy once you dig yourself in a hole. They didn't have to press at all, they just had to kind of use up the clock."

The Cardinals took a comfortable 28-6 lead into the locker room at halftime and extended their lead to 35-6 after running back Cade Wilson scored on a 21-yard jaunt that came one play after Webb City converted on 4th and 9 midway through the third.

Then, Jackson seemed to wake up.

The Indians forced the Cardinals' offense to punt for the first time in the third quarter, and capitalized on a six-yard touchdown pass from quarterback Cameron Marchi to Kannen Turley. The senior signal-caller then found junior Isaiah Davis in the end zone to cut Webb City's lead to 35-14. 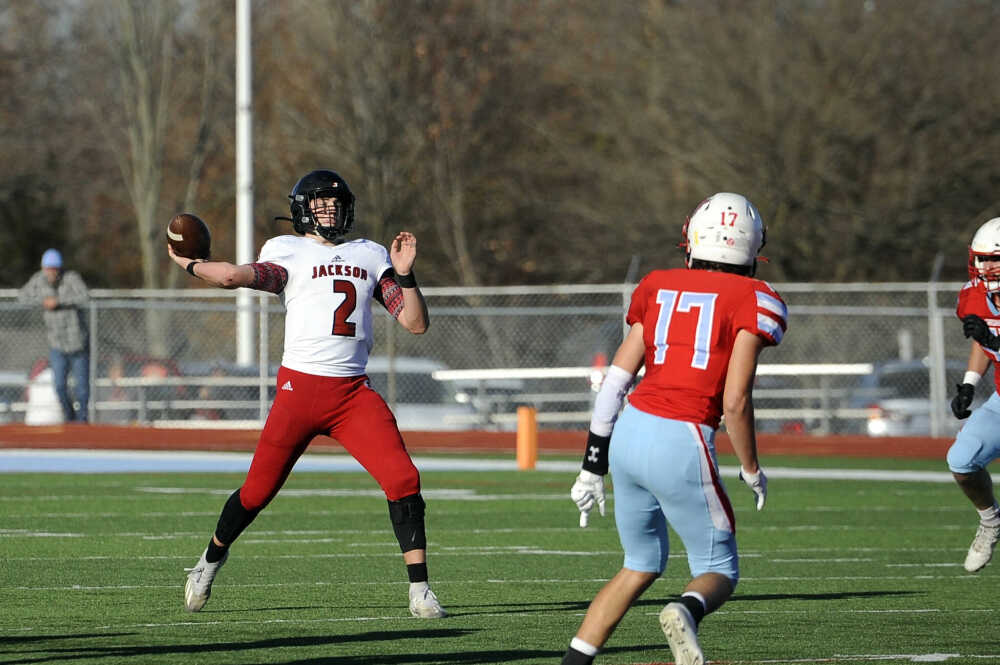 Jackson would score again late in the game on a nine-yard run by Josh Wehrenberg and had multiple opportunities in the red zone, but Webb City's defense — aided by a rabid home crowd — kept the Indians out of the end zone for the remainder of the contest.

"We just talked about winning the second half, which which we did," Eckley said. "We thought maybe we'd get a little bit of momentum, and we did. Like I said, we had those two chances down there in the red zone where we just didn't execute very well."

The Cardinals outgained the Indians 399-359 in the game, but Webb City had recorded 306 of its yards in the first half.

Wilson was a menace on the ground for Webb City, carrying the ball 16 times for 116 yards and four touchdowns.

Marchi finished the game 24-for-40 through the air with 201 yards and one touchdown. He also rushed for a score in the first quarter of his final high school game.

"Overall, I thought Cam played really well," Eckley said. "I thought he took care of the ball well, he ran hard and tough and he did everything he could. He left it all on the field."

Turley had seven catches in his final high school game for a team-high 66 yards and a score. Davis made five catches for 36 yards.

Wehrenberg led the Indians in rushing with 80 yards on 15 carries, finding the end zone once.

"Josh has been chomping at the bit the whole season and just keeps working, keeps plugging," Eckley said. "He's backed us up for a couple of years going back and he's a really nice change of pace with Tony (Williams) in there. I'm very proud of Josh. He was aware, he was tough and physical and just ran really hard for us today."

Starting running back Tony Williams ran the ball 12 times for 39 yards before exiting the game in the third quarter with an injury.

"(Fischer) and Logan Bruns both had some catches on the outside and that seemed to be a soft area their defense that we're able to get after in the second half," Eckley said.

The loss snaps Jackson's 26-game winning streak and ends its season with a 12-1 record. The Indians lose 16 seniors to graduation.

"I'm super proud of them. The seniors are a really, really special group with all the time that we've put in and all the work that they've done with their commitment and leadership, and they've just been really, really special group," Eckley said. "(The season) doesn't end well for very many teams, and we're one of those teams that's going to go back and look at the film and see how we could do better. But it's been a great ride with these seniors and this has been a really fun season."