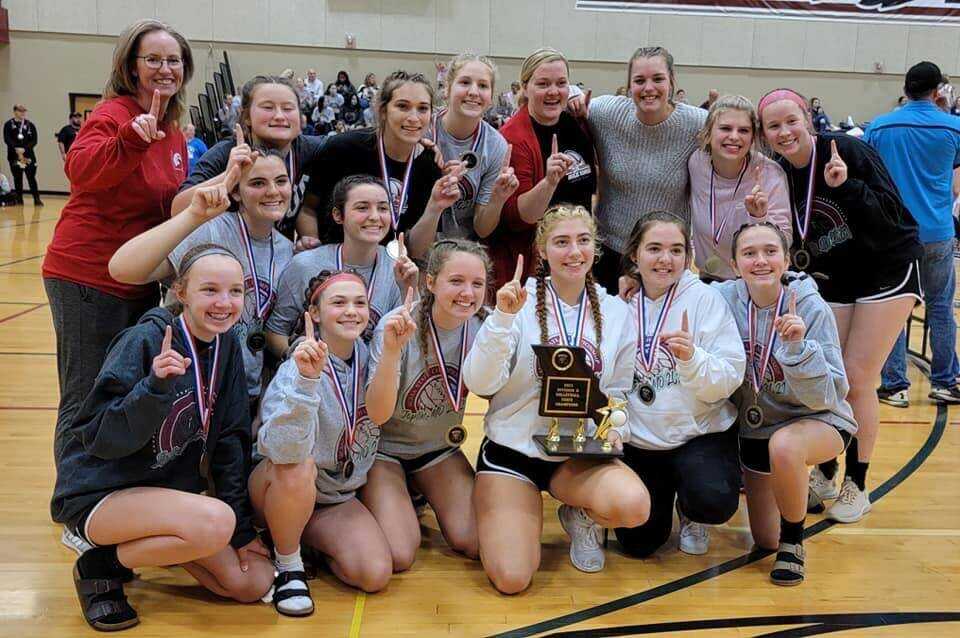 The Eagle Ridge Christian volleyball team has accomplished something very few teams have.

Margrabe finished her career with 1,062 kills and 1,209 digs, and Gartman finished with more than 1,263 career assists.

Margrabe, Gartman and Mink have been on the Eagles’ varsity team since they were freshmen. Since that time, Eagle Ridge has only lost 11 games.

In addition to winning six championships in a row, coach Kristen Martin and her team have won seven MCSAA Divison II championships since 2014. Eagle Ridge took home second place in 2015.

The Eagles finish their state championship-winning season with a 15-1 record.