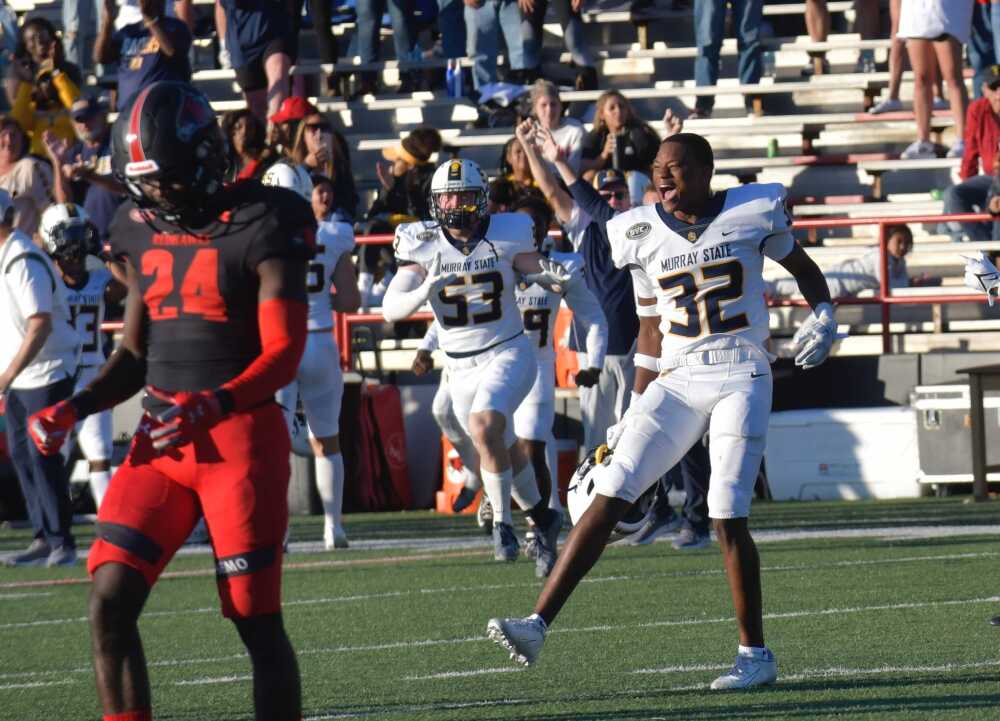 If Southeast Missouri State can take any solace from Saturday's gut-punching 32-31 loss to Murray State, it's that it didn't count.

Not in the Ohio Valley Conference standings, anyway.

Also atypical, both teams face each again Nov. 13 in Kentucky in a true conference game, a double-matchup due to OVC scheduling holes.

Murray State, the preseason OVC favorite, scored 16 fourth-quarter points in a come-from-behind win that appeared to be in SEMO's hands when the Redhawks had a 31-16 cushion.

Then the wheels fell off.

SEMO's offense, a unit that scored three third-quarter touchdowns, was stagnant in the final stanza and Murray State took advantage of its opportunities with a Damonta Witherspoon touchdown reception and a 52-yard scoring punt return by Malik Honeycutt.

Williams, stepping in place of "banged-up," All-OVC quarterback Preston Rice, led the Racers (3-3, 0-1) in both passing (240 yards, touchdown) and rushing (89 yards, two touchdowns) and proved to be a chore for SEMO's defense.

"His scrambling, especially late," SEMO coach Tom Matukewicz said, "we had a spy on him, and the spy wasn't fast enough. He's faster than we thought, and it created that challenge, especially on a two-minute drive."

When Williams saw that SEMO was in man coverage, his eyed widened.

"They were playing a lot of man on the final drive, so when they were in two-man, it didn't account for the quarterback run," Williams said. "(Passing) was covered up, so I had to use my legs and do what I had to do."

Murray State also beat the Redhawks in their previous meeting seven months ago with a late score, a 24-21 result.

All-American running back Geno Hess became the 10th player in SEMO history to reach the 2,000-yard career rushing mark after accounting for 177 yards and two touchdowns on Saturday.

It was a bittersweet day for Hess, who scored in the first and third quarters and had 22 carries.

"I saw a great game from us both sides of the ball, we had a great week of practice," Hess said. "But at the end of the day things didn't fall our way. Not because they beat us, because the way the game happened."

Hess opened the game with a 60 and eight-yard runs to get the Redhawks to Murray State's eight-yard line, but an offensive pass inference call would lead to a Kenny Doak field goal.

On Murray State's ensuing drive, it had a successful fake punt at midfield, ultimately leading to a Williams one-yard touchdown run and a 7-3 lead.

SEMO trailed 16-10 at after before playing a lights-out third quarter, outscoring the Racers 21-0 courtesy of 11-yard touchdown runs by quarterback C.J. Ogbonna, Hess and a 26-yard touchdown reception by Zach Smith. 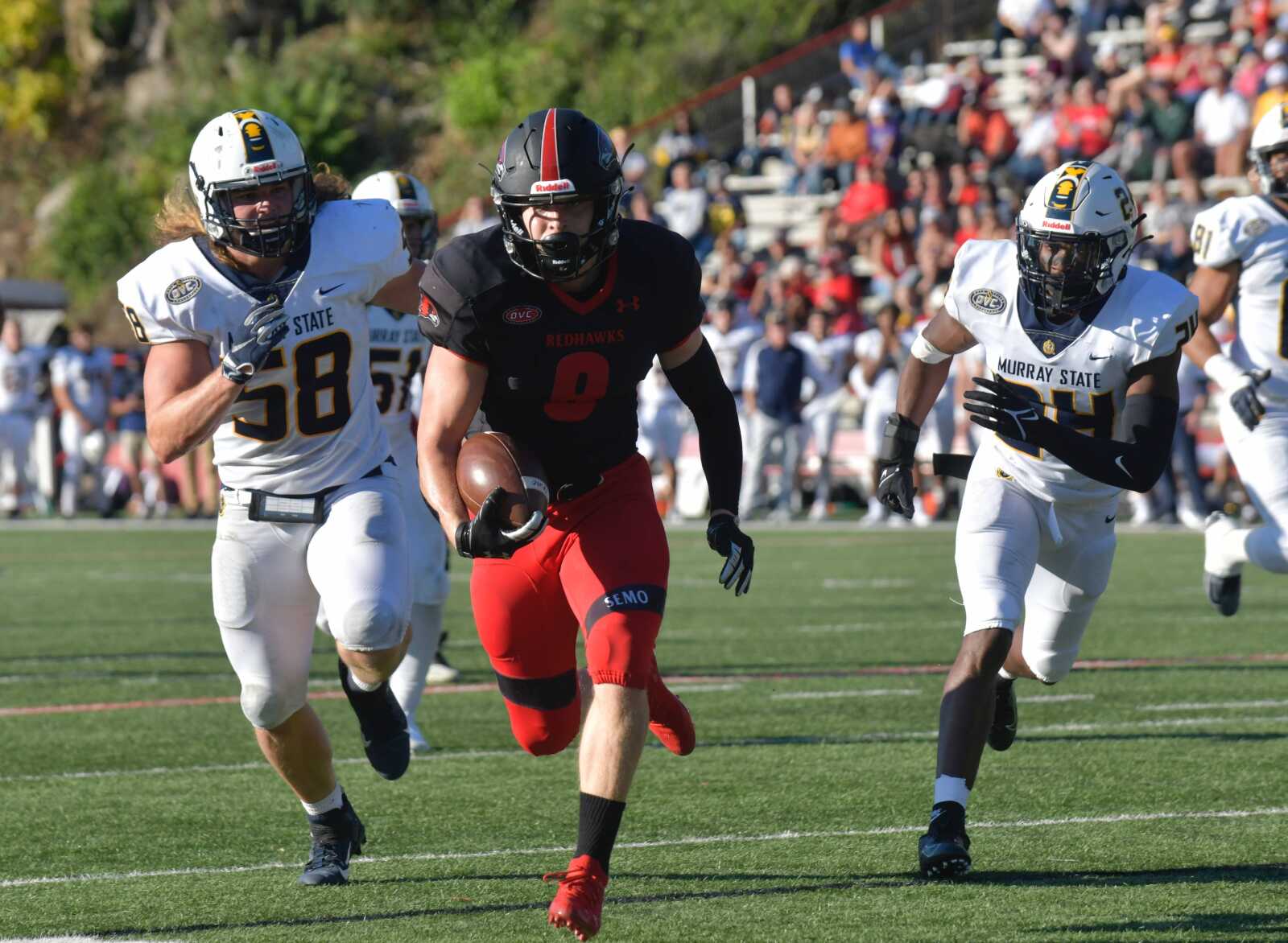 Defensively, the Redhawks were in shutdown mode.

SEMO had gone with a two-quarterback rotation in its two previous games, starting Ogbonna and letting Jalyn Williams still get the majority of the reps.

Williams was out with a shoulder injury Saturday, a week after helping the Redhawks dispatch Austin Peay.

Ogbonna played the entire Murray State game, completing 9 of 20 passes for 145 yards, a touchdown and no interceptions. He also rushed for 40 yards and a touchdown.

Alston back in receiving rotation

One of the top receivers at SEMO since his 2019 sophomore season, Aaron Alston, who had been battling an injury, was worked into the rotation for the first time in a month.

Just two receivers caught passes for SEMO on Saturday, including the All-OVC talent Smith (six receptions, 84 yards, one touchdown), who missed four games this season due to due injury.

Alson had three catches for 61 yards

Another big day for Jackson grad

SEMO visits No. 17 Tennessee-Martin (5-1, 2-0 OVC) next a week, a game that also doesn't count in the OVC standings. When the Redhawks and Skyhawks square off again on Nov. 20 at Houck Field, it counts.