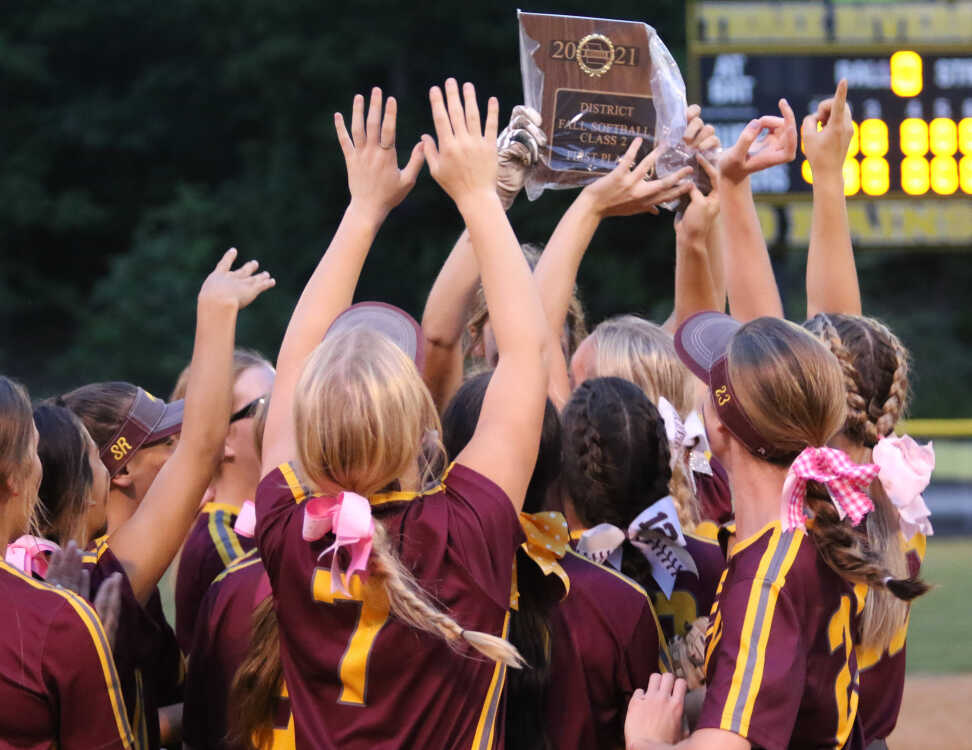 POPLAR BLUFF ŚĀOne dugout at Rains Field featured a team making its first district finals appearance since the spring of 2016, the other side had been here plenty of times before.

Still, there were nerves on both sides Thursday night.

ōRight before we took the field we were like this is weird,ö Kelly senior Kendyl Stuckey said. ōWe could tell our hearts were pumping. We all took a deep breath and weÆre like æitÆs fine, weÆve been here before, we can do it.Æö 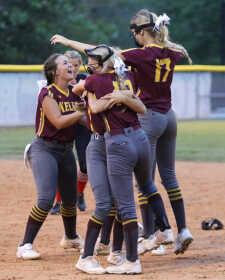 Kelly scored all of its runs in the first two innings to ease the jitters, escaped an early jam and claimed the MSHSAA Class 2 District 1 title with a 7-0 win over seventh-seeded Greenville.

Kelly (16-15) will host the state quarterfinal Wednesday against the District 2 champion, which will be determined Saturday. Top-seeded Russellville (20-4) faces second-seeded Iberia (18-6), which lost to Kelly 8-7 in the quarterfinal last year.

Greenville, which was seeking its first district title during the fall season, switched from the spring championship season where they won a title in 2016. The Bears knocked off second-seeded Chaffee 8-5 and third-seeded Hartville 14-5 to reach the final.

ōThey were the team to beat this week,ö Kelly coach Melanie Heuring said. ōThey were aggressive, they were upbeat, they were on fire. They had a lot of grit and determination and they wanted it.

With one out in the first, Paiten Groves was hit by a pitch and went to third on Ava LeGrandÆs double to the left-field gap. Blaire Riley placed a bunt down the line and the ball popped out of the first basemanÆs glove as she attempted to sweep tag Riley as she ran past and both runners were able to score.

A throwing error then put runners at the corners for Pattengil, who bunted to the third baseman for a 3-0 lead. Kayleigh Holman beat a throw to first on a hit up the middle, allowing a fourth run to score, before a groundout ended the inning.

ōIt was real big,ö Pattengil said. ōOnce we get ahead we get real pumped and I knew the other team was going to stay pumped up, so we got to get to them first.ö

Greenville had a chance to answer in the top of the second when the first three batters reached. Makenzie Hill and Dakota Friley singled before Kayla Hill walked to load the bases.

ōI knew we had a rock solid defense Ś thatÆs been our bread and butter all year,ö said Stuckey, who added that her teammates showed each other confidence at that moment.

ōWe had that feeling that we were going to be fine.ö

A fly ball to left was too shallow to score a run and a liner out to center field too fast for the runner to tag up. Lemonds then got a fly out to the second baseman to end the inning.

Madi Yount opened the second with a slap past the pitcher, Carlee Ray followed with another and both runners moved up a base on a throwing error. Paiten Groves pushed across a run with a bunt hit before consecutive RBI groundouts by Ava Legrand and Riley, who drove in three runs.

Laramie Blackburn and the Bears retired 12 of the next 14 hitters. The junior struck out two and allowed no runs and three hits over the final four innings.

Greenville had runners on base in each inning but Kelly ended the fourth and sixth with double plays.

ōI thought we were going to break through and we didnÆt get those key hits like we have the last few days,ö Adams said.