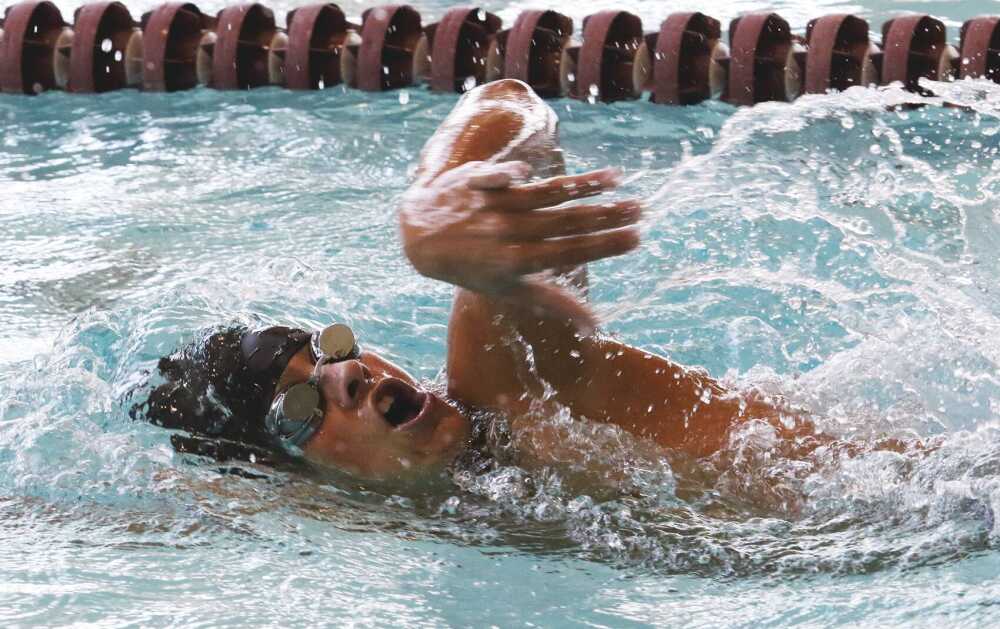 POPLAR BLUFF — While still tinkering with the lineup, the Poplar Bluff swim team found a good combination with the medley relay.

Elijah McAtee, Gavin Vaughn, Kastin Caudel and Carson Todd teamed up to shave nearly 8 seconds off the previous fastest time this season and break the team record set in 2003.

The foursome also broke their own team record set last season in the 200-freestyle relay by 3.14 seconds. 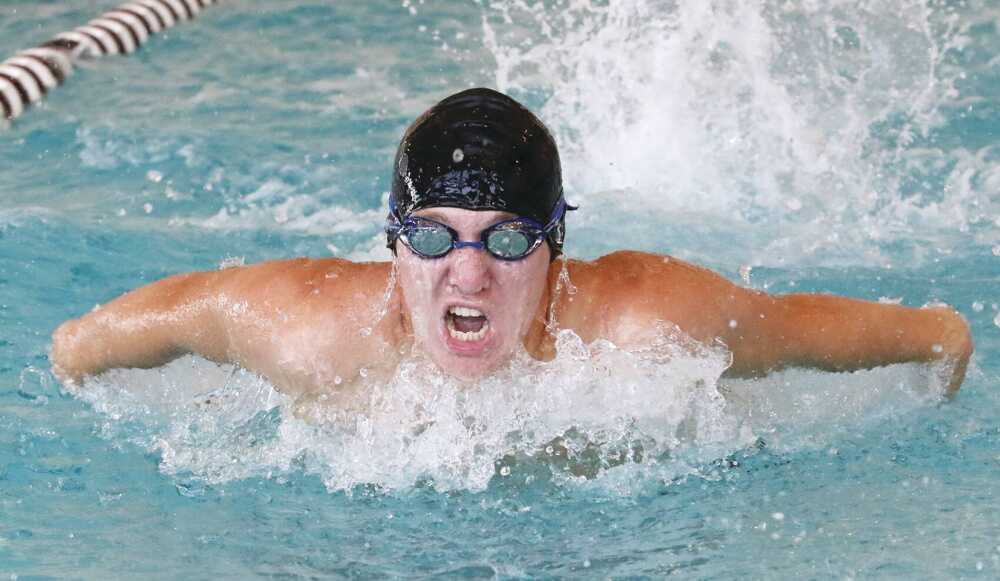 “Just trying to find the fastest order for conference.”

McAtee cut 5.83 seconds off his team-record time in winning the 500 freestyle, helped the 200-freestyle relay cut time in the next race, then lined up and won the backstroke by nearly 7 seconds.

West Plains, however, beat the Mules 98-70 by taking the top two spots in three of the seven events the Zizzers won. It was the third time in four meets the teams faced off.

“They’re a great competitor,” Mules coach Kyler Sowell said. “As many times as we’ve seen them they also create a different lineup every time.

“It’s a guessing game on our part on how to create the best lineup with them. I think today is the closest we’ve gotten to them in a while.”

The Mules opened the meet by winning the medley relay in 1 minute, 55.15 seconds, breaking 2 minutes for the first time this season.

Caudel won the 50 in 24.91, his fastest time ever despite it coming in the warmer, and thus slower, waters of the Black River Coliseum Aquatic Center. He also placed fourth in the 100 freestyle.

“I’m hoping to swim faster this weekend at Cape Rock,” Caudel said. “Big meet, a lot of competition, so hoping to do good.”

“He can handle it and he’s doing a good job,” Sowell said of McAtee’s quick turnaround.

“Still playing around with the lineup,” Sowell said. “But it did give us some depth where I can switch swimmers around now that I know they can swim (an event).”