Kennett tennis off to perfect start 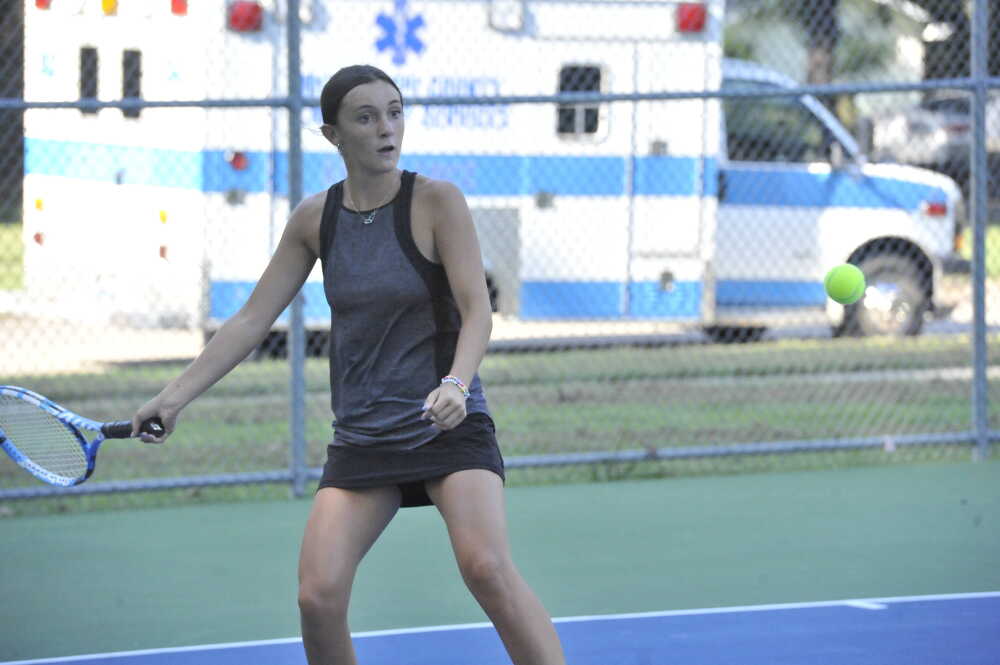 CHARLESTON - Less than 24 hours after securing a "good win,” according to veteran Kennett girl’s tennis coach Janet Hilburn, against MSHSAA Class 1 District 1 rival Notre Dame, the Indians improved to 3-0 on Wednesday with a 9-0 win over Charleston.

The Indians only dropped one game in the nine matches and were paced by top singles player senior Annele Harris, who blanked Zion Jones 8-0.

“Audrey played (at No. 2 singles) last year and she did a very good job,” Hilburn said. “She had a great season and ended up going to the postseason (individual sectionals).”

A lot is made of Harris and for good reason. The senior is a two-time Semoball Award winner as the best girl’s tennis player in Southeast Missouri. However, Phillips is strong, literally, in her own right, according to Hilburn.

“A lot of people,” Hilburn said, “they will wear down. Audrey is strong, through the heat, nothing bothers her.”

What Phillips does to win points isn’t spectacular, just effective, according to her coach.

Kennett freshman Handley McAtee beat Shaniyla Henderson 8-0 in the No. 3 singles match, while Christi Tejeda (8-0 over Samyidh Wheeler) took the No. 4 match.

Harris and Phillips teamed to beat Ewing and Henderson 8-0 in the top doubles match, while McAtee and Tejeda (8-1) beat Jones and Johnson in the No. 2 doubles match.

Bazzell and Lack got past Wheeler and Logan 8-0 in the No. 4 doubles match.

Earlier in the week, Kennett had a more competitive win over Fredericktown but still blanked the Black Knights 9-0.

The Indians will host Jackson today at 4 p.m., while Charleston will host Saxony Lutheran at the same time.