Senior Day at Jackson means something else for Justin Moses 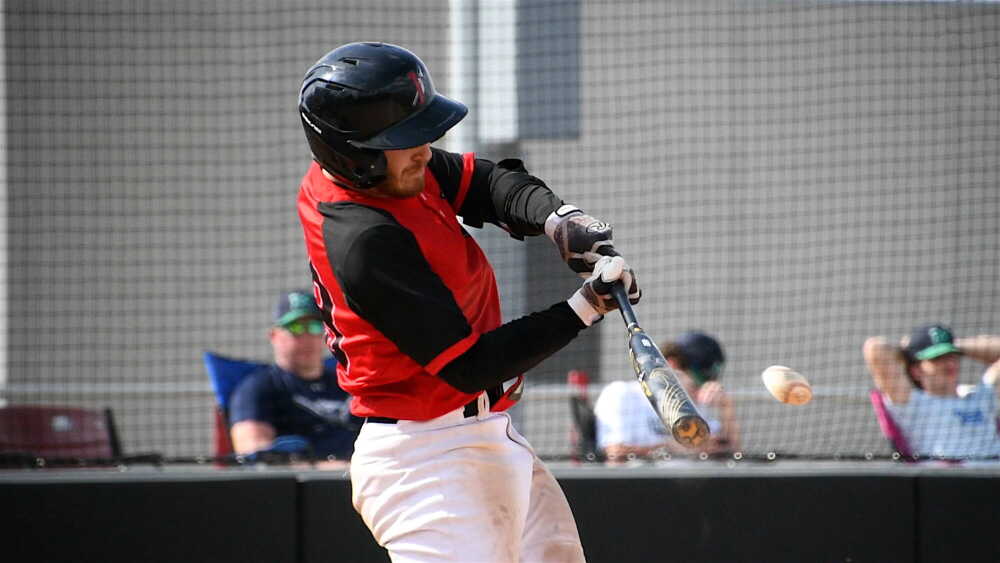 Jackson senior Justin Moses plates a base hit against Marquette on Saturday in Jackson.
Tony Capobianco ~ Tcapobianco@semoball.com
Order this photo

Normally Senior Day is a special time to show appreciation for athletes who have spent their entire time with the school playing the sport they love.

It's going to feel different for Justin Moses when the Indians take on Ste. Genevieve on Wednesday. The shortstop is in his first and only season in Jackson after transferring from Poplar Bluff.

Moses moved to Jackson after his junior year due to his engagement with Southeast Missouri State sophomore javelin thrower Jaden Kight. The couple had a baby daughter in February.

Moses was not only playing his first games as an Indian but also as a father.

“It’s definitely special,” Moses said. “I can look up and past the hitters and see them up there. It’s a lot of fun to do something for somebody that’s not just myself.”

Moses signed to play at Jefferson College this past fall. Part of the thinking behind the move was when he finishes his two years at the junior college level, his fiancé will have graduated from SEMO and can plan their next move together.

So far this year, Moses has been a tone-setter on the top of the lineup as the Indians leadoff hitter. Whether it’s plating a base hit or drawing a walk, he’s always on base. When he’s on base, he’s bound for home. Moses is currently batting .529 this season and in the last four games, Moses has scored 10 runs.

“He’s been a big addition just with his leadership,” Jackson head coach Tatum Kitchen said. “He’s got a very infectious personality. He’s been really good for everybody. He’s a leader by example and he’s what you want from a high school player. He works really hard and does a good job setting the tone for us.”

Moses’ Mules finished the 2019 season with an 18-7 record in the same district as Jackson. Now on the other side, he’s enjoying a 7-0 start as one of the senior leaders of the squad.

“It’s amazing,” Moses said. “The energy here is definitely a big change. We all come out here to win ball games and that’s exactly what we’re trying to specialize in.”

Moses spent most of the fall and the entire winter in the gym getting ready for his only season with the Indians. He put on 25 pounds, most of which is muscle through a custom-made workout program designed with the help of his brother.

“It’s definitely showing in my arm and when I’m swinging,” Moses said. “A lot of people call me ‘Thunder Thighs’ because my legs are so strong.”

The program started with push-pull leg exercises during the winter followed by full-body workouts every other day.

“I was really focusing on getting strong so I can hit the ball harder this year,” Moses said. “I knew that going from last summer to this spring that if I wanted to be able to compete with the highest level I had to swing the bat well.”

Moses said his speed has improved over the past year. In the second game of the doubleheader against Marquette, he stole two bases on his way to scoring two runs.

“Doing exploding workouts through my legs helped me out a lot to be able to spring off the dirt real quick,” Moses said.

Typically, Senior Day is a sign of the end, a chance to take a bow after a storied career. For Moses, it’s simply a sign of the beginning.