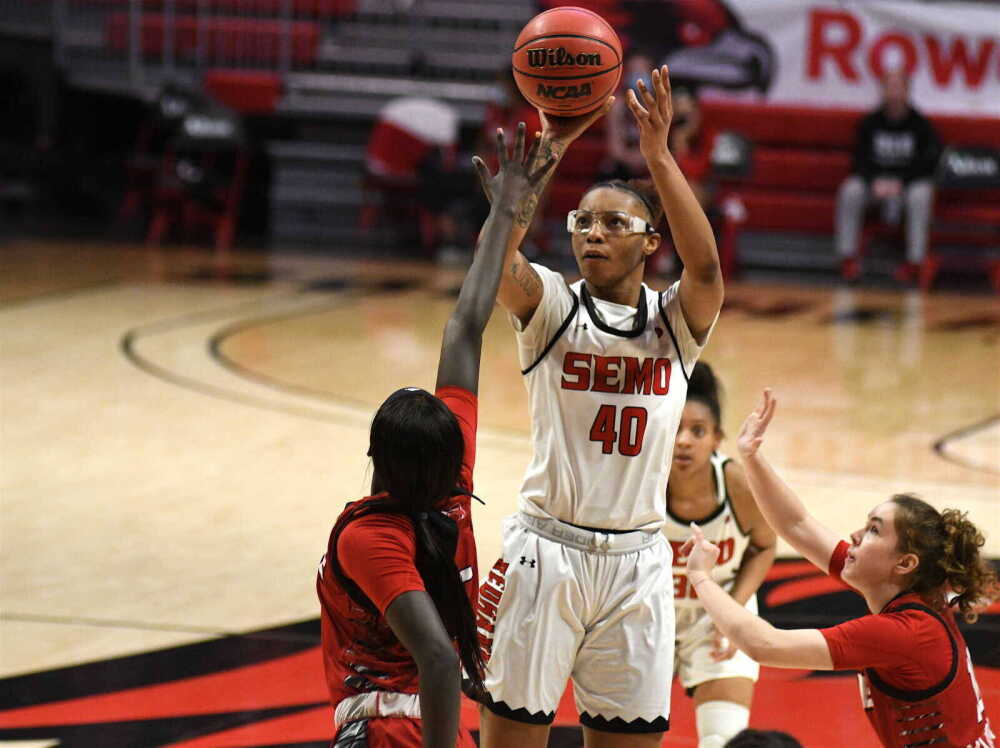 The 6-foot-4 post player filled the void left by Redhawk forward Tesia Thompson, who had to sit due to foul trouble for most of the first half.

Patterson has been pleasantly surprised with the development of Saine.

ôI had no idea LaTrese was going to be what she is this season,ö Patterson said. ôYou canĺt help but be happy for a young lady like her.ö

SEMO (9-5, 7-2 Ohio Valley Conference) took the lead on a Saine jumper with 7:46 remaining in the first quarter and never trailed afterward, going up by five at the end of the initial period, up by 10 at intermission, and up by 20 late in the third quarter.

Thompson returned strong after halftime, ending the contest with 16 points.

When everything goes so well, a coach must look for what went wrong and Patterson did not disappoint in her critique.

The Redhawks committed 20 turnovers compared to 15 for the Cougars.

Patterson continues to preach the need for balance. 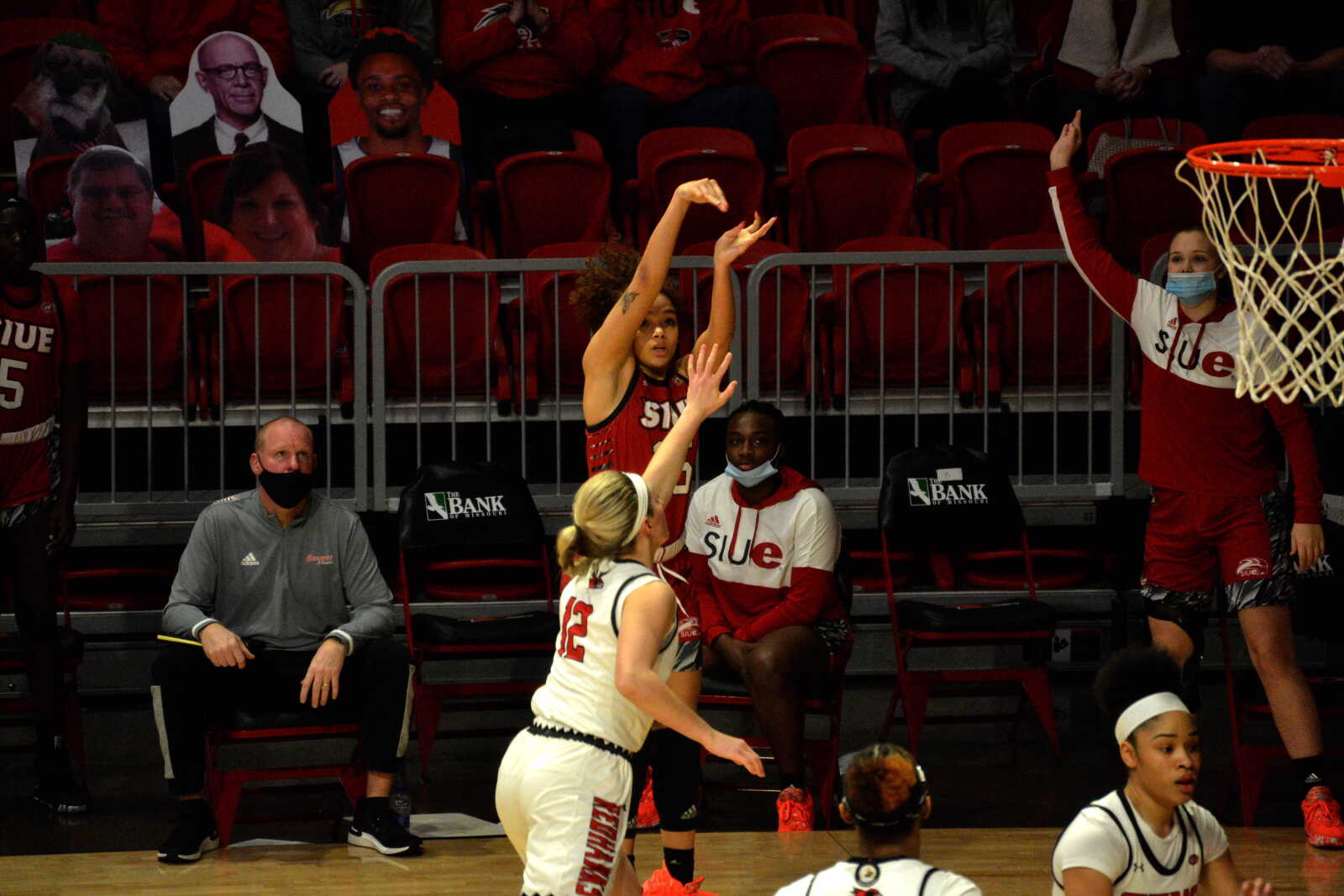 Saxony Lutheran product Masyn McWilliams (15) hits a three-pointer for SIU-Edwardsville over Southeast's Sophia Hancock (12), a graduate of Puxico High, in SEMO's 77-62 win over the Cougars at the Show Me Center, Jan. 28, 2021. Tony Capobianco ~ tcapobianco@semoball.com

ôIf you want to compete in this league, you have to be able to score,ö Patterson said, ôbut you also have to defend and rebound, that is if you want to finish at or near the top in our conference.ö

Saxony Lutheran alum, Masyn McWilliams, is in her first season with the Cougars after having played two years at Mineral Area College. The 5-foot-9 junior guard, finished with five points, including a 3-pointer, and added three rebounds in 18 minutes of action.

SEMO has won seven of the last eight meetings between the two teams after having swept both games in the 2019-20 season.

The Redhawks are unbeaten this season, 9-0, when they score at least 60 points in a game and are 7-0 when placing four players in double figures.

ôWeĺre nine games into conference play, we have 11 left and thereĺs still so much that can happen,ö Patterson said.